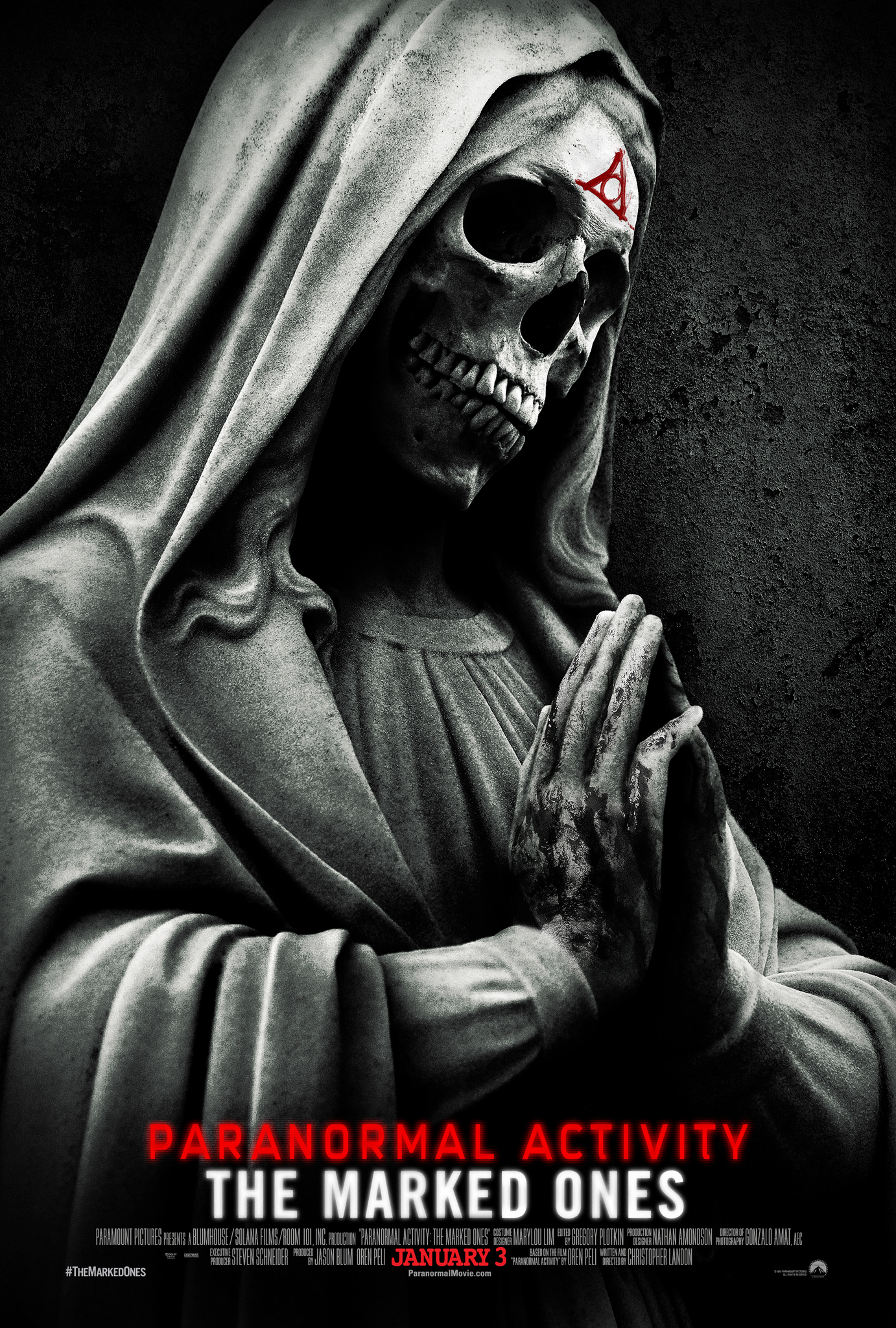 For the fifth entry in the "Paranormal Activity" franchise, writer and director Christopher Landon decided to change it up a bit. Instead of following the same storyline that has been present in the past four movies, we now explore a Latin community being haunted in Los Angeles. With this new storyline present in the franchise, we get a fresh take on a demon possession, adding both humor and terrifying imagery to both entertain and frighten the audience.

The film starts off rather comedic, with two teenagers, Jesse (Andrew Jacobs) and Hector (Jorge Diaz), excited about finally graduating from high school. When they try to enjoy their summer, strange things start happening in Jesse's apartment complex, especially in the apartment of a woman named Ana (Gloria Sandoval). When they dive deeper and deeper into what is going on, Jesse becomes marked by an evil cult, which lets a demon into their lives, in hopes to possess Jesse and cause terror upon the ones he's closest to.

The interesting thing about this movie, like I mentioned, it starts off very comedic, and keeps that same tone through most of the movie. I think this was an excellent idea by Landon as it helps you relate and appreciate the characters more than ever. I feel like this franchise has had a hard time of making their characters likable, and this film goes above and beyond to establish these fun and entertaining characters.  Even during the latter half of the film, there are still some comedic elements. One example that I thought was great was towards the finale, when one of the gang members said he is going to "smoke some bitches", referring to the witches while loading up his guns. It's so perfectly timed, and almost satirical in a way, I feel Landon did take his job seriously, and tried to give us a horrifying film, but I also think he had fun satirizing the other films in the franchise.

When we start to hit the midpoint of the film, it does change in tone, giving us a terrifying and thrilling experience for the rest of the runtime. It definitely gives us some of the creepiest and most upsetting imagery in the franchise. Consider the scene where Jesse (who is now possessed by the evil entity) is torturing his dog, and we just have to sit helplessly and watch it. It's so hard to watch, but is done almost perfectly to capture the mood for the rest of the movie.

This is definitely one of the more fun films to watch in the franchise, and is definitely the most comedic as well. Landon would then go on to make such hits like "Happy Death Day" and "Freaky", which are both satirical horror films as well. I applaud Landon for trying something new in this long-running franchise, and hopefully this inspires the next film to do the same.