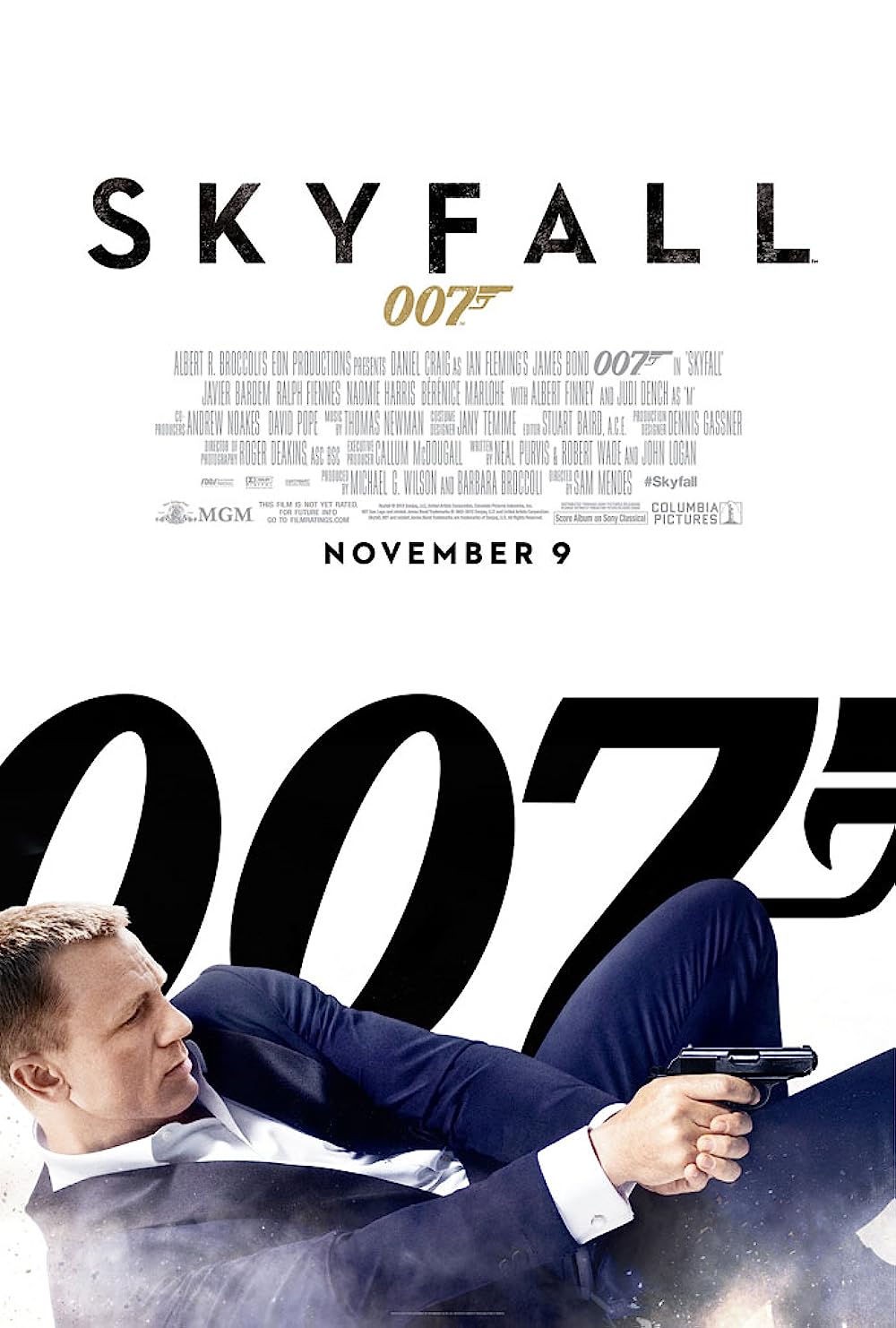 After the dismal "Quantum of Solace", fans were hesitant when approaching Daniel Craig's next film as James Bond, "Skyfall". However, under the brilliant direction of Sam Mendes, the film surprised many fans and critics alike, with many regarding it as the best James Bond film ever made.

After being shot in the field on accident, Bond is presumed dead, which puts MI6 leader, M (Judi Dench), in hot water. When Bond comes back to continue his service, he is plunged into a whole new world as MI6 is attacked by Raoul Silva (Javier Bardem), who is a vengeful ex-MI6 agent. With M's past coming back to haunt her, Bond must now make the conscious choice of whether to faithfully trust his leader or not.

It's evident from just the first shot of this film that we are in for an incredibly fun and fresh adventure. The music strikes at just the perfect time when Bond steps out of the shadows, which never fails to produce goosebumps on the viewer. From here, the movie just takes off, and makes all the right decisions.

The plot is very intricate and interesting, unlike this film's predecessor. There is a twist and turn around every corner, and keeps the viewer guessing every step of the way. This is also well established by the interactions and chemistry between Dench and Craig. The whole film rests on their shoulders, and they pull it off perfectly.

It seems like Bond relaxes more, and shows off a softer side through every film that is released. The cold, hard-ass version of Bond that we received in "Casino Royale" is different from this older, more unstable Bond. He has more of a dry wit, and his character is honestly much more fun to watch and engage with as a viewer. It genuinely seems like Craig is having the time of his life portraying this character, and it seems like all the jitters from the first two installments have worn off.

The villain and his plot is amazingly written. He is evil, cold, terrifying, and so much more. This is also due to Bardem's terrifying performance. Before this, Bardem showed off his acting chops as the evil Anton Chingurh in the Coen Brother's "No Country for Old Men". While this character is definitely not as evil as Chingurh, he may be equally as scary and disturbing. Take the scene, for example, where he plays a sick game with Bond, challenging him to shoot a glass of whiskey off the head of a woman Bond slept with. Silva knows Bond is having a hard time shooting a gun since his accident, and misses (whether on accident or purpose, we will never know). Right after, Silva shoots the poor girl in cold blood, showing little to no remorse. It's very haunting, and Bardem does a great job of playing this Bond villain.

Overall, this film offers everything a fan would want in a Bond film. Craig is at the peak of his James Bond career, and let's just hope it's uphill from here.