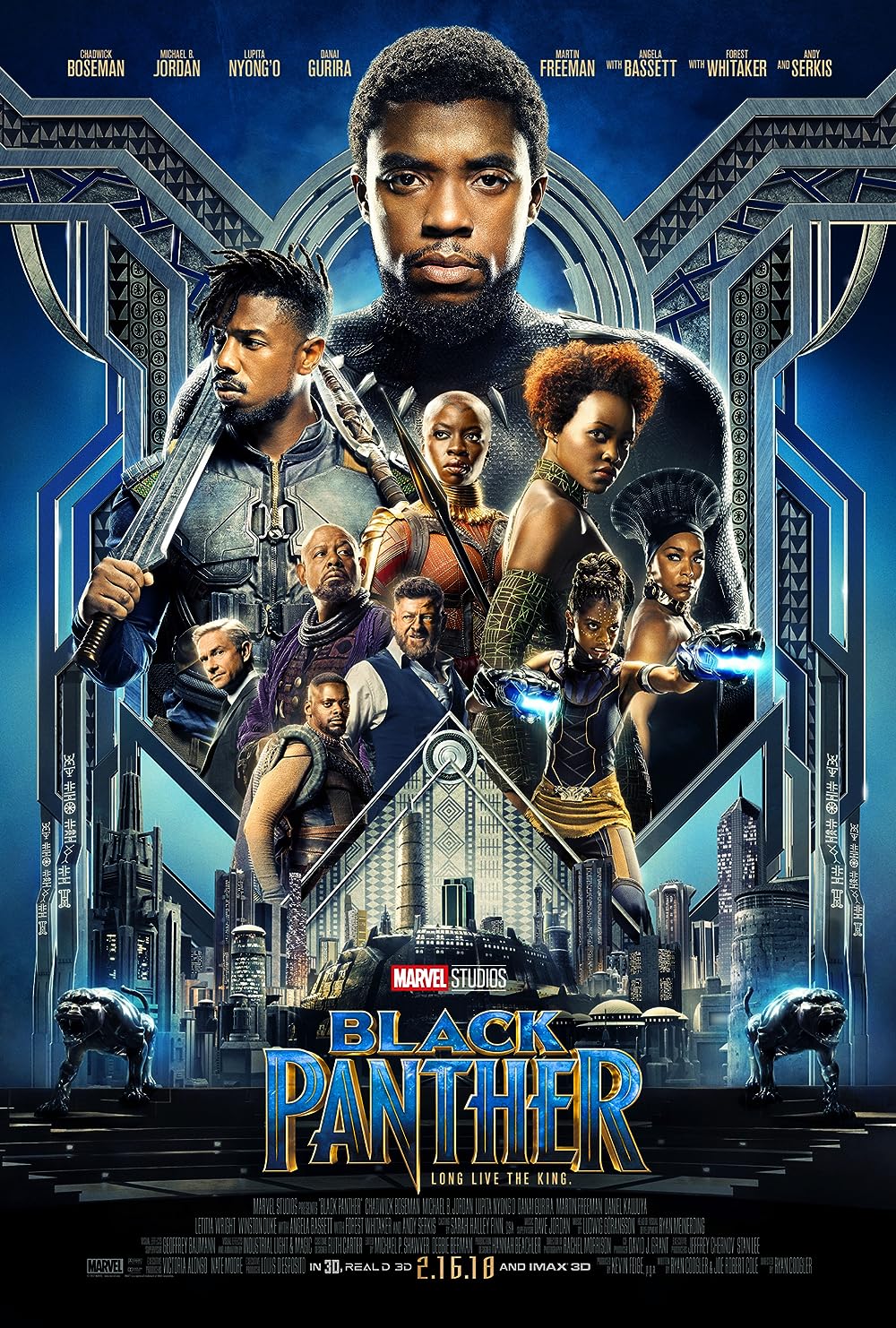 We first see T'Challa (Boseman) in "Captain America: Civil War", where he dons the Black Panther suit for the first time to get revenge for his deceased father (John Kani). In this film, which takes place days after the events of "Civil War", T'Challa must return to his home country of Wakanda, where he will be crowned the rightful king. However, when a mysterious man named Erik Killmonger (Michael B. Jordan) appears out of nowhere, T'Challa is forced to defend his royal status, as well as his country, from his evil, secret relative.

This movie is completely different compared to the other films in the third phase of the Marvel Cinematic Universe. This film is more serious, and lacks a lot of the humor that was present through films like "Thor: Ragnarok". There are some humorous parts which work really well, but overall the film is more dark in tone. I would say they were able to capture the perfect tone and atmosphere to tell this story. I doubt very seriously that this film would have worked back when the first "Iron Man" was released, so it is awesome to see it do so well when it first came out.

The big thing that is different about this movie compared to the other films in this huge franchise is the major amount of social commentary that is present. The African American community has been discriminated against for many years in the United States, and this film shows the prejudice that was put on these citizens. It even serves as one of the main motivations for the acts that Killmonger does throughout the film.

Yet, at the same time, the movie perfectly balances out the real-life issues with the superhero atmosphere. It is not shoved down the viewers throats, and is done very tastefully to be able to get their message across to the viewer. The superhero aspect of this film is superb as well. The action scenes are incredibly shot and have great choreography. Take, for example, the whole car chase scene about an hour into the film. Coogler perfectly captures everything you need to see in that extended fight sequence, and it is a whole lot of fun to watch.

The characters as well are great in this movie. Boseman is a perfect Black Panther; he basically oozes with charm and charisma. It is nearly impossible not to like his character in this movie. Alongside him, we have his lovable sister Shuri (Letitia Wright), his love interest Nakia (Lupito Nyong'o), his mother Ramonda (Angela Bassett), his protector Okoye (Danai Gurira), and CIA operative Everett K. Ross (Martin Freeman). This movie perfectly casts its protagonists, and they all have amazing chemistry together. They genuinely make the viewer feel like they have been family and friends for many years, and work together perfectly to stop the threat to Wakanda.

This movie may not be the most fun out of the other MCU movies we have received, but it definitely has one of the best stories. It's amazing that Coogler is able to build this world with all of these characters in it within his two hour runtime, and we have no trouble keeping up with everything that is happening. This movie is a perfect set-up for the next film in the franchise, "Avengers: Infinity War", which will undoubtedly change the franchise forever.