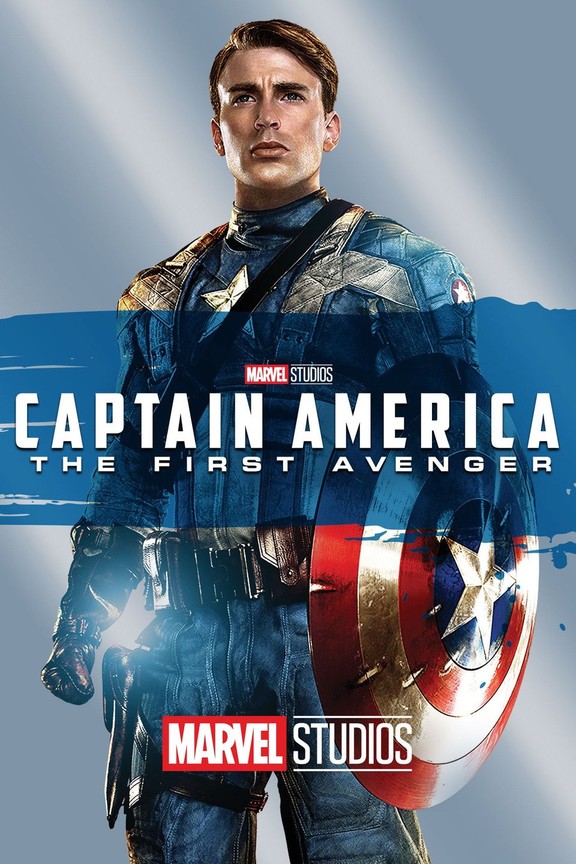 In addition to superheroes like Superman, Captain America is one of the most-well known superheroes, with the stars and stripes on his suit and the American shield. He serves as an inspiration towards Americans, showing them a super soldier that is defending his country. When putting him in the Marvel Cinematic Universe, the filmmakers decided to show off his origin story, and how he went from a weakling to one of the strongest soldiers in the entire world in this great superhero film.

Captain America started off as Steve Rogers (Chris Evans), a young man who one would mistake as being an anorexic. He has hopes and dreams of fighting for his country during WW2, alongside his best friend, Bucky (Sebastian Stan). He is able to join the military, where he proves his worth as being a selfless and brave solider. They recruit him for the Super Soldier program, where he becomes the hero that everyone knows and loves.

Chris Evans is perhaps the best choice to play this superhero. He just has that all-American look and charm to him, as well as having the confidence behind everything his character does. They also casted Hayley Atwell perfectly to as Peggy Carter, Cap's love interest in the film. The two actors have amazing chemistry onscreen, and they electrify every scene they're in.

His character is just so perfectly written and portrayed. It's impossible to relate to Tony Stark or the Hulk or Thor, but almost everyone can relate to Steve Rogers. Audiences can relate to his desire and dreams for succeeding, and it's admirable in a character.

The cinematography and choreographed fight scenes are incredible, and I think it is awesome to see how they're able to combine superhero violence with the terrifying imagery of warfare. It probably evokes that American sense of pride that the American audiences have when watching Cap beat up the German soldiers and taking out all of the enemy forces. It's just a lot of fun to watch these action sequences, and to see Cap totally take out all of the bad guys.

This is the last standalone film we would get before the ultimate team-up movie, "The Avengers". Even though we had some hits and misses throughout the last few films, I think this is a great film to set up the events of the next, action-packed film.