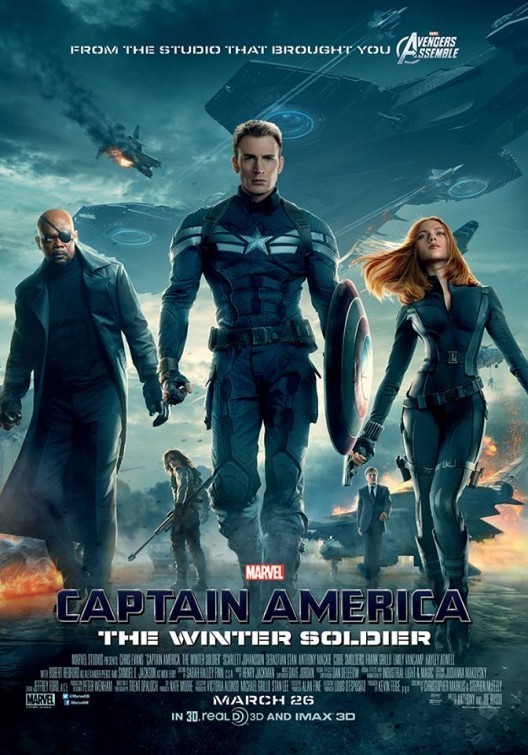 Steve Rogers was famously frozen in ice for close to seventy years at the end of "Captain America: The First Avenger". He was rescued by Nick Fury and SHIELD, which set him up to be the leader of the Avengers, a group of superheroes that were formed to destroy any foe that the planet faced. After the events of the first group superhero film in the MCU, Captain America returns in the sequel to his origin film, which pits an old friend on a mission to kill Captain America.

This plot for "Captain America: The Winter Soldier" wouldn't make any sense if you haven't watched the first film. To basically sum it up, Bucky Barnes (Sebastian Stan) was Steve Roger/Captain America's (Chris Evans) best friend, and they both served during WW2 together. However, on a mission that takes place on a high-speed train, Bucky is flung off, falling to his death.

However, it turns out Bucky was saved by the evil corporation HYDRA, and they turn him into a super-soldier of sorts, who goes around and assassinates whoever HYDRA sends him after. When he is tasked to take down Captain America and infiltrate SHIELD, Cap is stuck at a crossroads, not sure whether to betray his country or kill his best friend. Along the way, Cap is helped by familiar faces, such as Nick Fury (Samuel L. Jackson) and Black Widow (Scarlett Johansson), as well as making new friends in the form of Sam Wilson (Anthony Mackie), who is Cap's sidekick, Falcon.

This is the first MCU film to be directed by Anthony and Joe Russo, and they do an excellent job capturing the mood and tone of this film. Not only is this a fun, action-packed superhero film, but it serves as a character study for both Cap and Bucky. It shows the true nature of friendship, and how it can affect the way people act.

The action is amazing in this film, especially the elevator scene. Cap is forced to take down at least ten guys in an elevator, conflicted as they were men he trusted. It is greatly choreographed, and the cinematography throughout this whole scene is just beautiful. This is like most of the action in the film. The battles between both the Winter Soldier (Bucky's new identity) and Cap are not only a lot of fun to watch, but they're personal to our two characters. They mean something more than just beating up on their enemy. Cap knows Bucky is still in there, but has to fight him to save his country and his allies.

The on-screen chemistry between both Cap and Black Widow, as well as Cap and Falcon, is a lot of fun to watch, and their scenes together really help grow the relationship between these characters. Cap and Black Widow are able to form this bond that is different than those of the other Avengers. It's like they understand each other in an unspoken way. At the same time, I think this film perfectly sets up the friendship and partnership between Steve and Sam, making them both likable allies that you always root for in this film.

I would say this is not only a great superhero film, but a massive improvement on the first film. It does a great job of showing the characterization of Cap in this new century, showing him grow into this hero that he couldn't be back in WW2. It also provides great new additional stories that will leave the viewers hooked and on the edge of their seat throughout many movies to come.