"Guardians of the Galaxy" Film Review 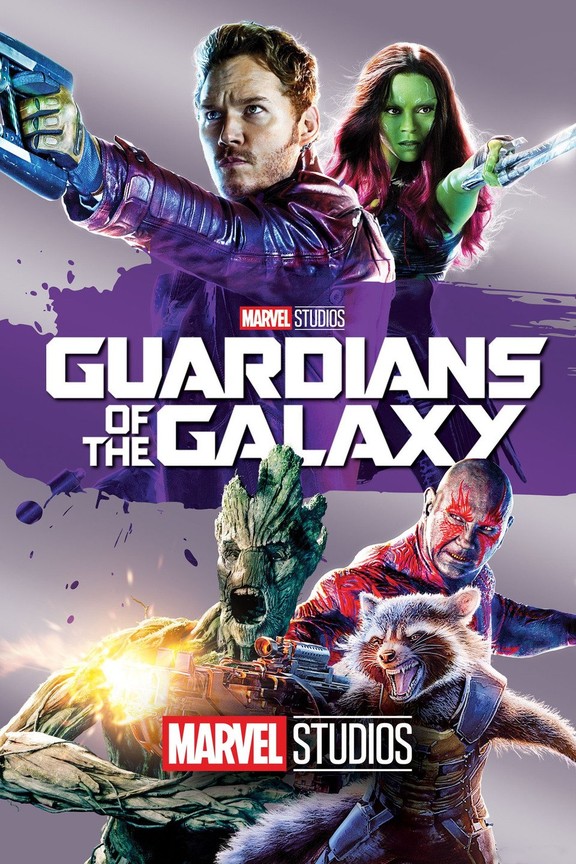 "Guardians of the Galaxy" Film Review

James Gunn's "Guardians of the Galaxy" is perhaps the biggest surprise in the MCU - but in a good way. After announcing that Marvel was adapting one of their weirdest superhero franchise with actors who didn't seem to fit the roles, I'm sure numerous people had their doubts. However, Gunn pulls it of by giving the fans a hilarious and fun film to introduce this band of space outlaws to the Marvel Cinematic Universe.

The film opens with Peter Quill (Chris Pratt), AKA Star-Lord, on his quest to retrieve a powerful orb for a broker to buy. When he is able to capture the orb, he realizes he's not the only one who wants it. He is pursued by Gamora (Zoe Saldana), who is hoping to capture the orb to kill her boss, Ronan (Lee Pace). At the same time, friends Rocket Raccoon (Bradley Cooper) and Groot (Vin Diesel) are hoping to find Quill to be able to get the bounty prize set by Yondu (Michael Rooker), who has a score to settle with Star-Lord.

When they are all captured by the police for fighting in public, they meet Drax (Dave Bautista), who holds a grudge against Ronan for killing his wife and daughter. When Gamora tells the group that she has a buyer called The Collector (Benicio Del Toro), they manage to break out of prison to go sell him the orb. Unbeknownst to them, Ronan is hot on their tail, and will stop at nothing to obtain the orb, which contains one of the six major Infinity Stones.

Even though the plot sounds odd, Gunn is perhaps the best person to pull it all off. He sets up these characters in such a way that we root for them when we first see them. Take for instance the opening credits of the film. The only thing we know about Peter is that his mom died of cancer the scene before, which prompted him to get abducted by Yondu and his crew. However, when he starts dancing to "Come and Get Your Love" by Redbone, it's almost impossible not to like him.

This applies for all of the characters in the film. Besides Gamora, every Guardian is introduced in a comedic and charming way. They may not be the best people in the galaxy, but they're certainly likable. I think that is one of the most important aspects of a film like this, which Gunn pulls off perfectly.

From there, the casting of all these roles are amazing. They all have great on-screen chemistry, and play off one another very well. Drax seems more like the outcast in the group, but it doesn't deny the great chemistry that he has with the rest of the group members.

The action and graphics are mesmerizing to watch as well. Gunn creates this fantastical galaxy that is such well shot and created. When they go to different planets, we are pulled in by the uniqueness of it all, and we feel like our protagonists actually traveled to a completely different solar system. The thing I thoroughly enjoyed about this film is how the fight scenes are more comedic than the other movies in this franchise. When you watch Captain America or Thor fight in their own movies, they often are very serious and have high stakes. This film, on the other hand, has our characters cracking jokes and doing idiotic things while in a battle. It's just very enjoyable to watch, and just good, old-fashioned fun.

This movie sets up the path for the rest of the franchise to go by introducing the Infinity Stones. It's inevitable that Thanos (Josh Brolin) is going to attempt to get them all, and this movie does a fantastic job setting that up and giving the backstory behind these magical stones. But for now, we don't have to worry about Thanos, and we can just sit back and have fun watching these bumbling heroes try to save the galaxy together.