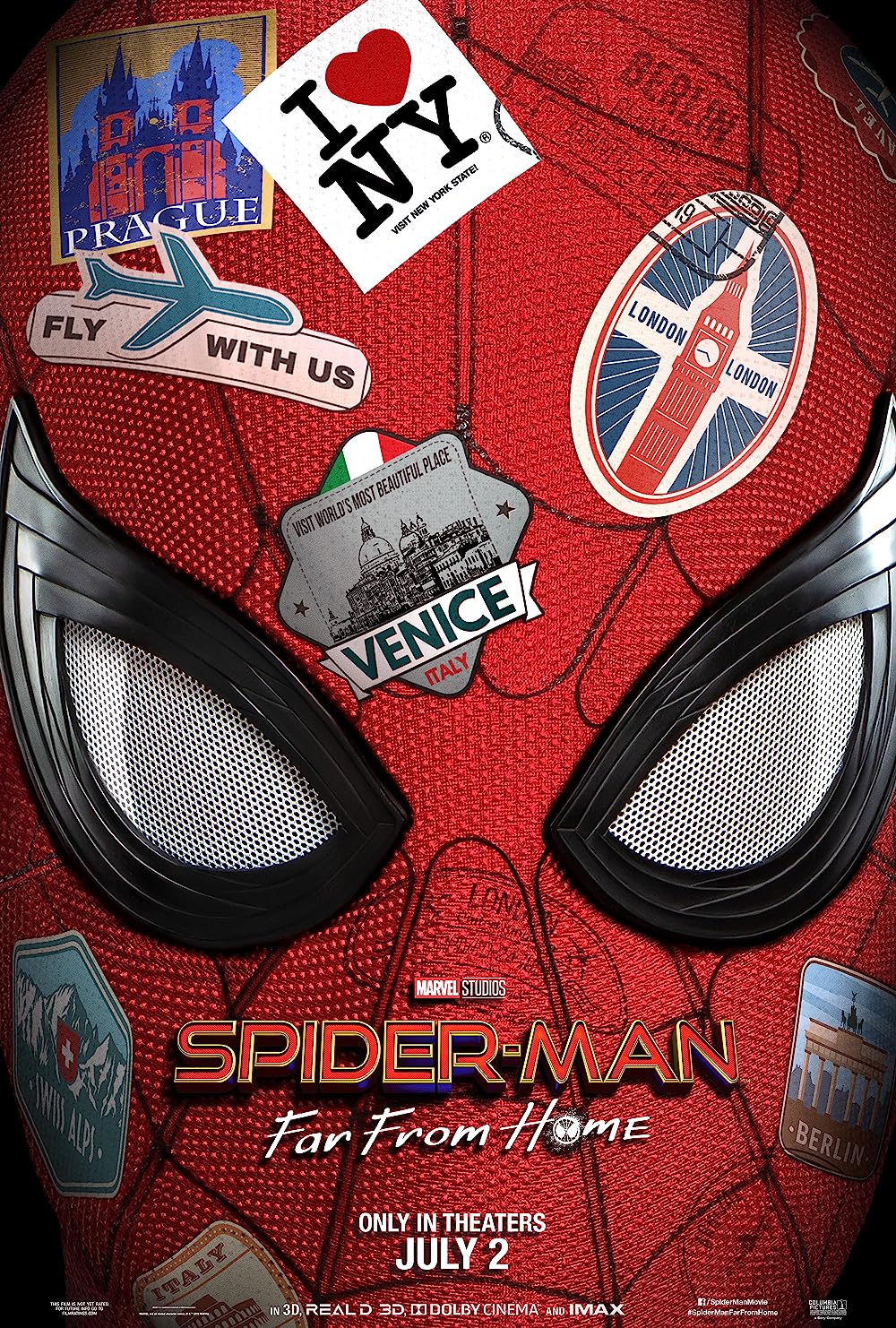 It has been about 8 months since the events of "Avengers: Endgame", and Peter Parker (Tom Holland) is still reeling from the death of his friend and mentor, Tony Stark. When the opportunity comes up to go on a school field trip to Europe for the summer, Peter jumps at the chance to leave behind his superhero alter-ego for a couple of months and just enjoy being a teenager. However, this is cut short when massive monsters known as Elementals start showing up around Europe, forcing Peter to team up with Nick Fury (Samuel L. Jackson) and a new hero named Mysterio (Jake Gyllenhaal) to stop them from destroying the world in this fun, action-packed sequel.

As far as sequels are concerned, this is one of the better second installments in their many superhero franchises. Holland is excellent as both Peter Parker and Spider-Man, and he has excellent on-screen chemistry with Jacob Batalon (who plays his best friend Ned) and Zendaya (who plays his love interest MJ, as well as the two stars being romantically linked in real life as well).

One of the fun and interesting things about this movie though, compared to the first MCU Spider-Man film, is that we get the inclusion of both Nick Fury and SHIELD. Instead of trying to take down a local villain in New York, Peter is forced to work with SHIELD to take down an "Avengers-level threat". He must take the mantle as the new Tony Stark, whether he is ready for that or not.

I enjoy how they deal with the death of Tony a lot throughout this movie. We know our characters are affected emotionally by his death, but none as much as Peter. It provides a more humanistic quality to Peter, as well as other characters like Happy Hogan (Jon Favreau). There are a couple of problems I have with some of the details concerning Iron Man in this film, but I am able to overlook it due to the fact they played this storyline very well in the film.

The action and fight sequences are a lot of fun to watch, but there's too few for my liking in this movie. Sure, there are great fights and amazing CGI monsters, but it feels rushed and even cheapened when you find out the plot twist in the movie.

Speaking of plot twist, I wasn't a fan of the twist they tried to pull off in the movie. If you are a comic book fan, or even know of comic books and Spider-Man, you already know who the villain is in this movie. Yet, they tried pulling this off, acting like they were completely surprising the fans, even though we already knew. Plus, the reason behind his actions and motivation have already been done multiple times before in the MCU, so it was nothing new to the franchise.

Overall, however, this film is still a lot of fun to watch, and does an amazing job of setting up the new film in this trilogy during the closing minutes of the movie. It definitely isn't as great as the previous two Avengers films that came before it, but rather a fun, light-hearted adventure that opens the door for many new possibilities going forward in this massive universe.