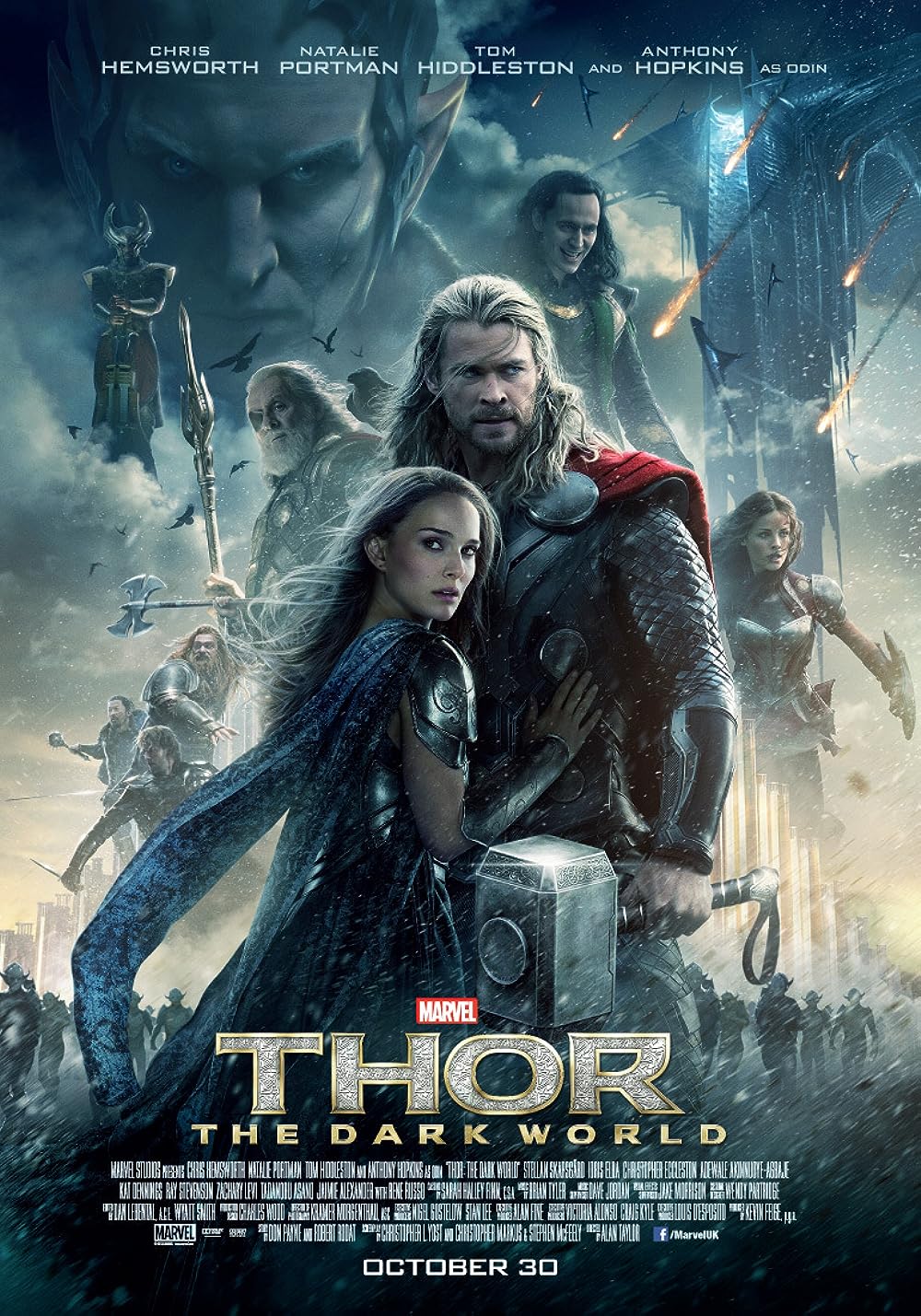 "Thor: The Dark World" is one of the most disappointing MCU films of all time. After releasing a successful origin story about the God of Thunder, Alan Taylor replaces Kenneth Branagh to make the sequel, which is a bland and boring superhero film that doesn't have any heart.

The film follows the Dark Elves returning back to the world, with plans set on plunging the world into an eternal darkness. After finding out that his foes returned, Odin (Anthony Hopkins) forbids his son, Thor (Chris Hemsworth) to take any part in the fight. However, determined to rid the world of the evil beings, Thor is forced to team up with his evil brother, Loki (Tom Hiddleston), as well as protecting the girl he loves (Natalie Portman) to rid the universe of the evil race of Dark Elves.

The film had so much potential. Coming off of "The Avengers", they tried to set up an intricate plot that would work on so many different levels. However, the movie goes at such a slow pace that it makes it impossible to even like this film.

The story is just not there. It seems very cheap and very rushed. One of the biggest problems I have is how horrible of a villain the main Dark Elf, Malekith (Christopher Eccleston), is. He gives off no real threat to any of our heroes, and he just serves as a bland, two-dimensional evil warlord. Those people were complaining about the Mandarin in "Iron Man 3" should be complaining about this villain instead.

At the same time, there are too few action sequences, and even when there is a huge fight scene, nothing really exciting happens and it ends very quickly. It seems like the filmmakers tried too hard to make such a huge story with tons of exposition that they lost that fun and exciting feeling that all of the other MCU films have.

However, through all of the bad in this movie, there are some good aspects. Thor and Loki share some great scenes together, and they have that fun and playful banter that the two actors do so well. They have great on-screen chemistry together, and Hiddleston has such a charm about him that it's almost impossible to not like him. Also, it was great to see Thor and Jane Foster together once again as well, but we saw too few scenes of them together, and it felt like we were robbed of the romance in this movie.

Overall, this is a pretty disappointing and mediocre superhero film. I expected a lot more from Marvel after coming off the success of "The Avengers", and they really let fans down. Let's just hope they don't make the same mistakes they made in this movie in future films.