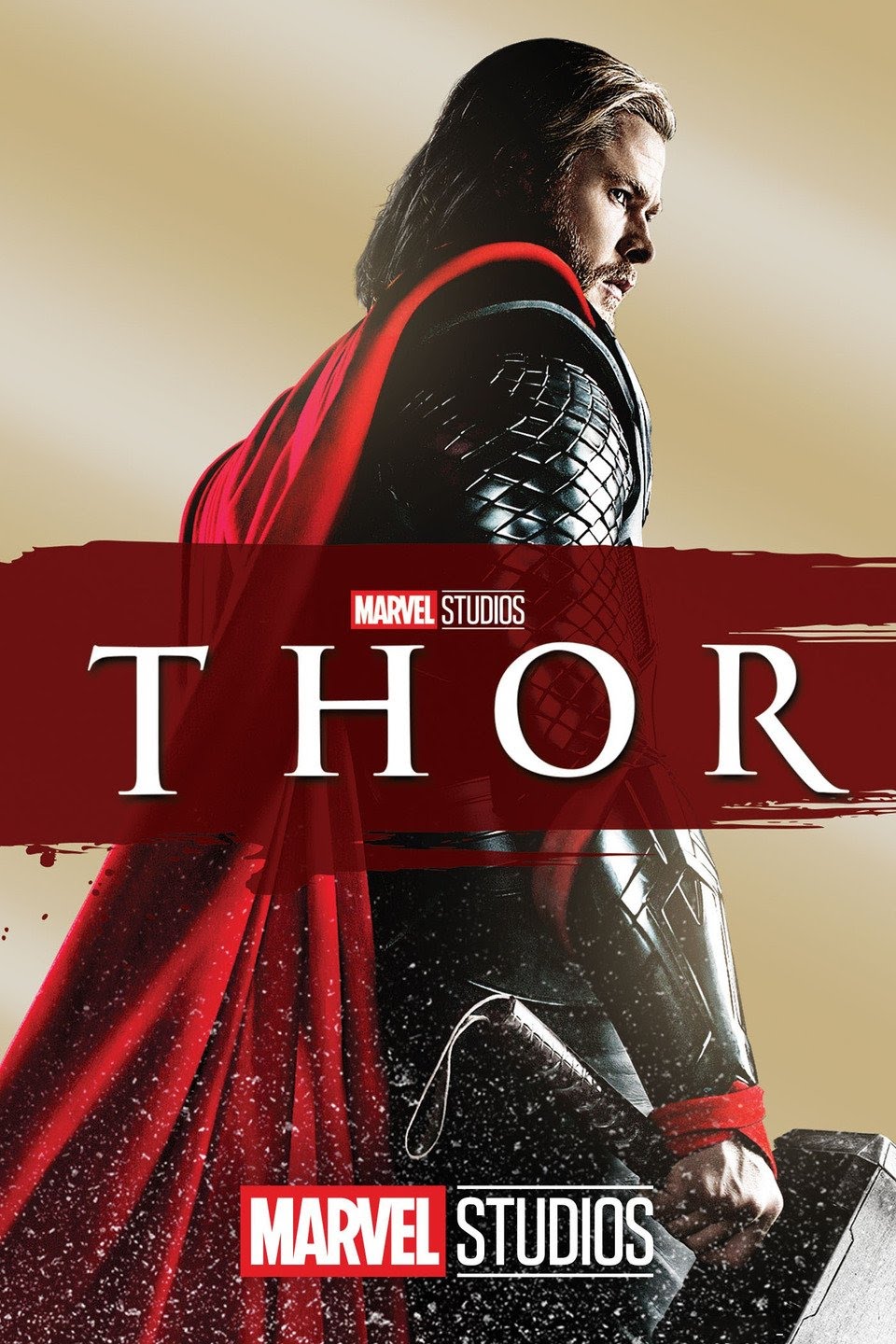 After introducing Iron Man and The Incredible Hulk into the MCU, Marvel was ready to add another hero to its cinematic roster - the powerful Thor (played by Chris Hemsworth). With long, flowing blonde hair and a mighty hammer, he helped his father, Odin (Anthony Hopkins) rule over Asgard, while squabbling with his adopted brother, Loki (Tom Hiddleston). When he is cast out of Asgard and forced to live on Earth, he meets (and eventually falls in love) with Jane Foster (Natalie Portman), while attempting to prove his worth in this fun origin adventure of the mighty God of Thunder.

This movie is definitely different than the three films that preceded it. Instead of following humans on Earth, we spend a lot of time is Asgard, with Gods and mythical creatures running rampant. Because of this, director Kenneth Branagh had to really make the viewer feel like they are viewing a new world, which I think he does very well.

To make the viewer feel they are experiencing another world, the cinematographer, Haris Zambarloukos, does an amazing job of setting up the shots of the new world. He captures almost everything we need to see a viewer to believe that these fantasy worlds are real.

At the same time, these roles seem perfectly casted. Hemsworth has the charisma and the charm that is perfect for this character, making him a likable and fun hero to watch. Then, in contrast to Thor, we have Loki, who Hiddleston is perfect at playing. From the quirky, mean mannerisms to the suave, dark look Hiddleston has, it really captures the essence of the character, and the reasoning behind his actions are very clear.

The movie does a good job of balancing its humorous moments with its action. I think the action sequences are amazingly choreographed, and then Hemsworth does a great job of making his jokes and quirks land for the audience. For example, consider the scene where he likes the coffee from a restaurant, prompting him to throw the cup onto the floor and demanding another. It's that loss in translation from the different worlds that make these scenes work.

There are definitely flaws in some scenes however. Some of the scenes feel very slow, which makes the viewers wonder where the film is actually heading. Then at the same time, some of the scenes, especially some of the action scenes, feel very rushed and feels like they were running out of time in the film. It honestly seems like a lot of these early MCU films had a problem with time management in these films.

Overall, the movie does a great job of setting this hero into the franchise Marvel is creating. They give the viewer everything they would want in the first movie of this Greek God, and promises us more to come in later films.