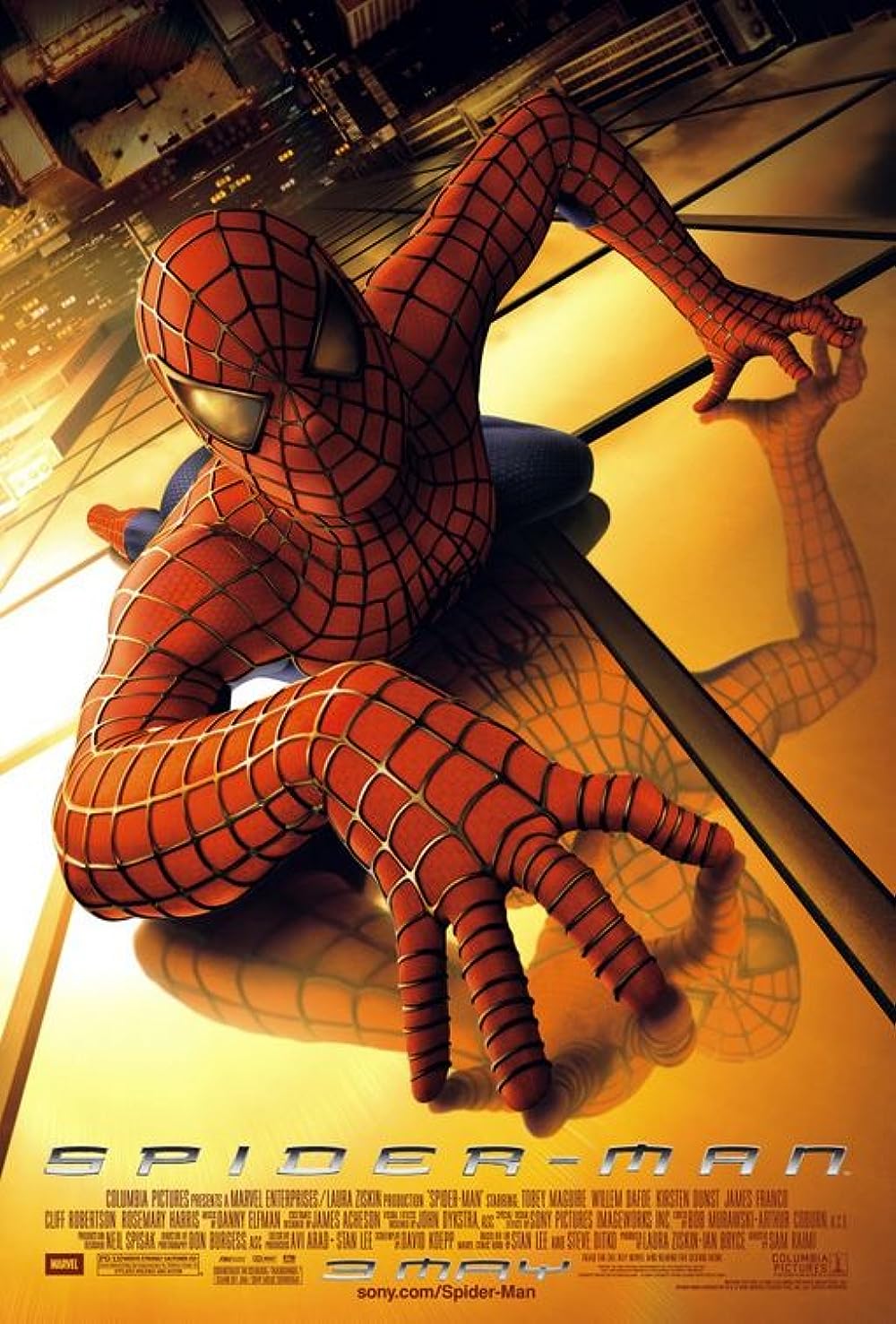 Marvel Comics' major hero, Spider-Man,  has gone through many adaptations, both live-action and animated. Perhaps his most famous portrayal was by a 26-year-old actor named Tobey Maguire, who gave a geeky and awkward performance as Peter Parker who transforms into everyone's favorite web-slinger. In Spider-Man's first portrayal on the big-screen, Sam Raimi presents an amazing hero origin story that combines Parker's alter ego, as well as his personal life alongside his friends and family.

Parker is a very geeky and awkward teenager. He doesn't know where he fits into society, and is constantly bullied by the jocks at his school. His only friend is millionaire heir, Harry Osborne (James Franco), who he competes with for the love and affection of Mary-Jane Watson (Kirsten Dunst), who is the beautiful red-head next door.

However, when Peter is bit by a radioactive spider on a field trip, his whole life turns upside down. He gains major muscles, as well as spider-like abilities, such as shooting webs and crawling around on walls. He starts to become the "friendly neighborhood Spider-Man", until Harry's father, Norman (Willem Dafoe), decides he wants to test his own company's new performance enhancer on himself. By doing this, he becomes the evil Green Goblin, who attacks both New York and Peter's own personal life.

When we first see Parker, he is a very unfortunate character. Both of his parents died at a very young age, forcing him to live with his loving Uncle Ben (Cliff Robertson) and Aunt May (Rosemary Harris). He seems like a tragic hero at first, until he is then bit by the famous spider towards the beginning of the film. This completely changes the dynamic of Maguire's character, causing him to go from the nerdy, shy kid to a powerful and heroic hero. Many have stated their dismay with Parker's sudden change in mood and attitude, yet I think Raimi perfectly directs our hero. He is not sure who he is as himself, but he is able to escape his life when he transforms into the famous superhero.

Dafoe does a great job playing our villain here. He, like Maguire, has two completely different personalities, yet Dafoe's serves as a more schizophrenic character. The Green Goblin lives inside him, altering his way of life and his attitude towards the characters and events throughout the movie. He gives off a terrifying and electric performance, which threatens the livelihood of Peter and his friends and family.

The film's graphics, as a whole, still lives up to today's standards almost twenty years later. Sure, there are certain parts that seem over-the-top in the cheesiness factor, but a lot of the graphics and stunts are still very well-done, especially the numerous explosions. The fight scenes and choreographed stunts are also incredible too, especially the humorous scene where Peter explores his newfound powers and web-slinging capabilities.

Overall, the movie gives off a great superhero atmosphere and serves as an excellent character study, into both Peter and Spider-Man's psyches. They both serve as amazing protagonists, who are both very likable and a lot of fun to watch. I think for his first superhero film, Raimi does a brilliant job directing all of our actors and stunts to make a movie that is a faithful and fun adaptation of the comics before it.