"Spider-Man: Into the Spider-Verse" Film Review 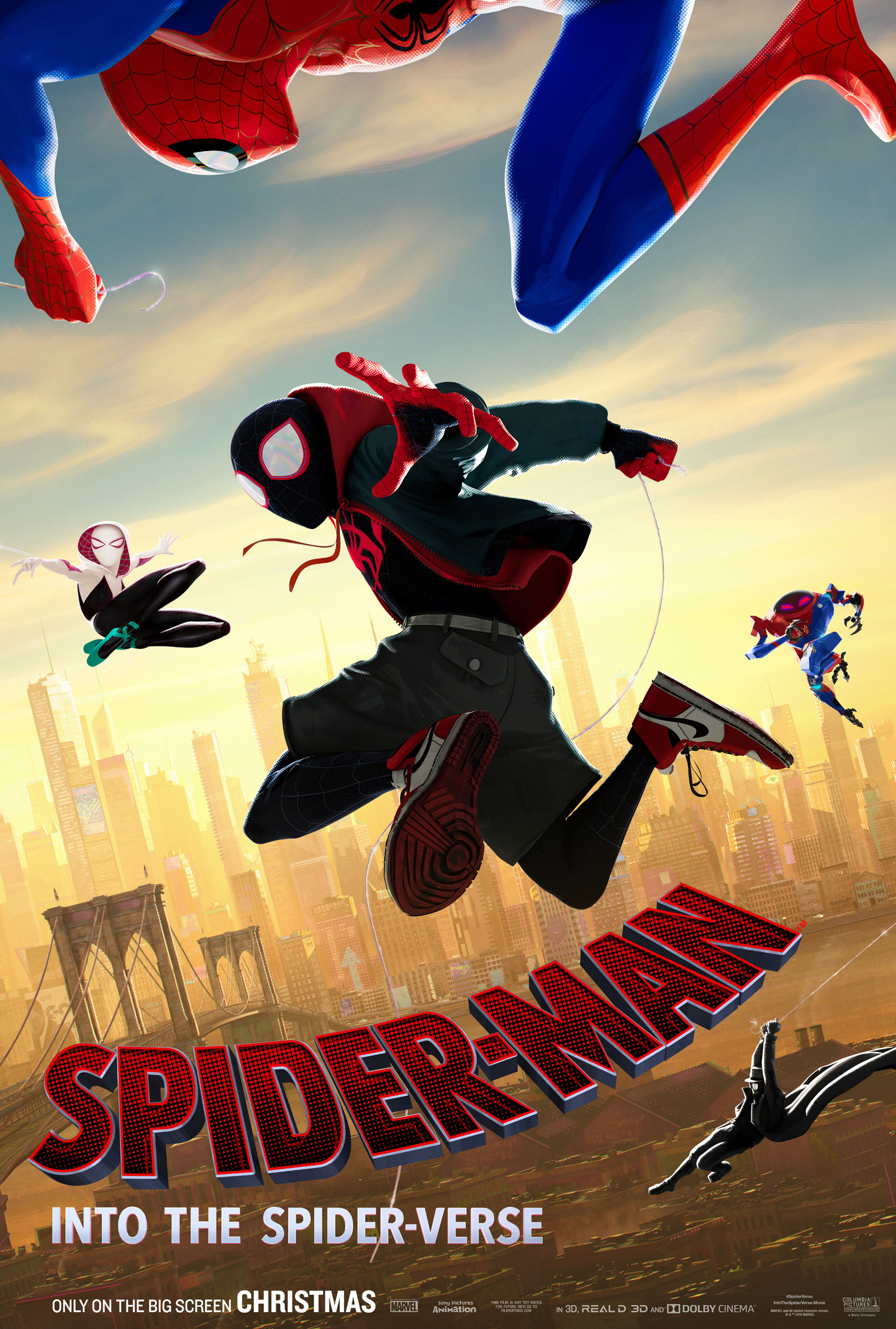 "Spider-Man: Into the Spider-Verse" Film Review

Spider-Man has been portrayed through many different forms of entertainment. He started out as a comic book hero, before making his way onto the big screen and TV, which led him into video games and other form of media. But, what if all these forms of Spider-Man were combined into one film? As well as combining all of these factors, Sony decides to bring in all these various forms of the web-slinging superhero, through a magical portal that is known as the Multiverse. I definitely had my doubts and worries when this film was being promoted, but this film laid them all to rest as we received an action-packed and hilarious family film that everyone can enjoy.

Spider-Man is one of the most well-known superheroes of all time. He saves the city with a respectful and positive attitude, usually using his humor to fight his enemies. However, when Peter Parker (Chris Pine) dies during battle with Wilson Fisk (Liev Schreiber), the whole world feels lost, especially young Miles Morales (Shameik Moore).

After being bit by a spider, Miles has to now figure out how to be the new Spider-Man, while also grieving the lost of the former hero. When he is then approached by a man with the same powers as him, Miles learns that his name is Peter B. Parker (Jake Johnson), who is the Spider-Man in an alternative universe. He was brought into Miles' world due to the experiment by Fisk, who is trying to bring his family back to life. Now trying to stop Fisk and his evil henchmen, Peter and Miles team up with other spider-people from alternate universes, including Spider-Man Noir (Nicolas Cage), Gwen Stacy (Hailee Steinfeld), Peni Parker (Kimiko Glenn), and Spider-Ham (John Mulaney).

The animation in this movie is groundbreaking. Not following the basic formula for most animated films, this movie relies on a more comic-book styling of animation, adding many lines of text and stylized fight scenes and action sequences. It literally feels like you're watching a comic book move right before your eyes. It's both mesmerizing and beautiful, and I think is used perfectly to tell this story of our Spider heroes.

I think the numerous heroes in this film are great, and they all have perfect chemistry together. They were able to cast the perfect actors to play these characters, and I can't even imagine any other person playing any of these characters. I love the chemistry and relationship between Miles and Gwen Stacy. I think the writers are able to portray this awkward teenage relationship so perfectly, and it feels so real compared to the young relationships of the modern age.

Story-wise, I think this movie perfectly captures the mood and plot details the filmmakers were trying to achieve. Not only are they trying to tell a fun story for families, but trying to establish a whole new universe for this Marvel franchise. I think it was a good and interesting choice to use animation for this type of story as I think they are able to achieve more through animated settings rather than live action. I also think the aspects of Spider-Man's life on Miles' character was really great, especially by incorporating the "Uncle Ben" storyline into his life very uniquely.

Overall, this film seems to be one of the best superhero animated films of all time. This movie perfectly captures everything the filmmakers were trying to go for, and I think they should feel proud of what they were able to accomplish on film. I'm hoping that the filmmakers are able to continue this story, making many more Spider-Verse films in the years to come.