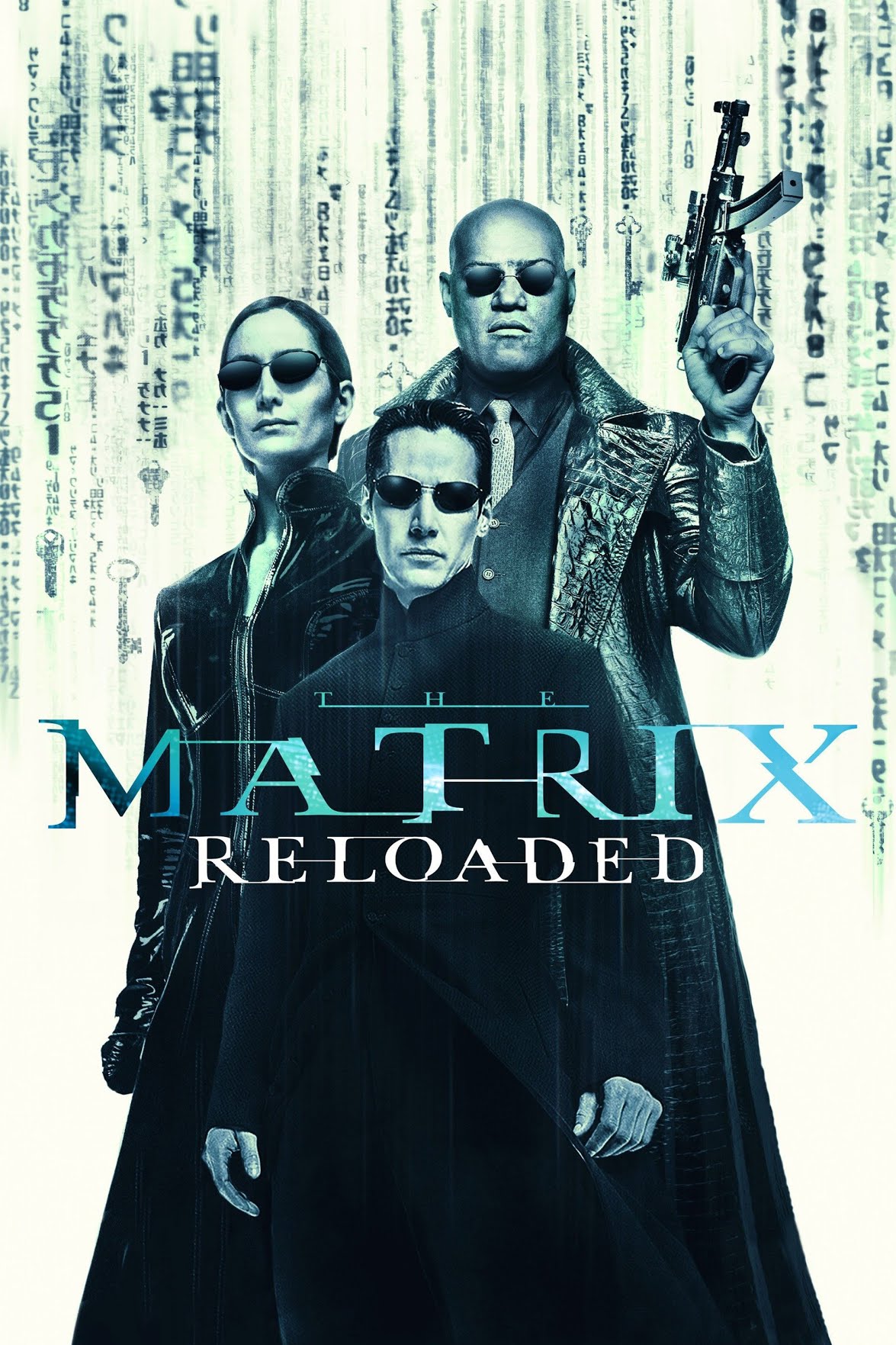 "The Matrix" is perhaps one of the most groundbreaking science-fiction films of the 21st century. They were able to combine a complex plot with awesome cinematography and acting to tell a story that some filmmakers only dreamed of. Therefore, when a sequel to this critically acclaimed film was announced, there was obviously lots of hype surrounding what the Wachowskis could accomplish in this new film. However, the second film disappoints as it is convoluted by its over-the-top, confusing story, but slightly redeemed by its fantastic action sequences.

Taking place a couple years after the events of the first film, Neo (Keanu Reeves, Trinity (Carrie-Anne Moss), and Morpheus (Laurence Fishburne) still lead the revolt against the evil machines that threaten human existence. They regularly travel into the Matrix, keeping an eye on everything to make sure there are no threats, both inside and outside this fantasy world.

However, when they learn that Zion (the last human city) will fall under control of the evil machine warlords in 72 hours, they must travel back into the Matrix once again to find a way to stop this catastrophic event from taking place. However, when Agent Smith (Hugo Weaving) returns as a rogue program, their plan could fail at the hands of the evil agent who wants to stop the protagonists from succeeding and bringing down the evil robots.

In action sequences, this film has a lot to offer. The choreographed fighting and beautiful CGI and stunts are yards more advanced than its predecessor. Take for instance the scene where Neo fights the various forms of Smith (basically serving as clones of the main antagonist). It is awesome what the filmmakers were able to achieve by adding Weaving multiple times into the scene, as well as Neo's fantastic stunts and kung-fu choreography against all of his foes.

At the same time, the acting is perhaps on the same level as that of the first movie. Reeves and Moss have good on-screen chemistry together, and Fishburne is a stone-cold badass like always. All three of them are very fun to watch on screen, and it's never a bore when we deal with any of these three characters.

However, the factor that faults this movie is the storytelling. The Wachowskis get too heavily involved in the lore and mythology surrounding their characters and the world they are in that it makes it for a very confusing and frustrating time. The filmmakers expect us to know an extensive amount about their story and world, and they write the dialogue and scenes in a way that we feel like we're in the dark throughout the entire runtime. We jump from plot point to plot point, struggling to try and find our footing as the movie progresses. Take the scene where Neo confronts the Architect (Helmut Bakaitis). Everything that Bakaitis' character says is confusing and jumbled, and we have no clue what we're truly watching for the ten-minute long scene. It's frustrating, and it makes the viewer feel like giving up on trying to figure out what is going on.

The pacing of the movie is all over the place as well. We'll get a whole scene of exposition that makes no sense, then we jump into a nearly ten-minute fight scene that has no importance to the plot whatsoever. Consider the scene where Neo fights all of the clones of Smith. He ends up flying away in the end, so what is the point of wasting around seven-minutes of screen time when the filmmakers could have been adding more to the story? Speaking of the Smith clones, we never really get any reason as to why he is now a rogue program, and how he can clone all these people. The story and plot is just all over the place, and fails in telling a coherent and enjoyable story.

I understand that the filmmakers had a huge task on their hand to recreate the magic from the first film into its sequel. But, they just tried way too hard. What they gave us was basically a jumble of ideas and action sequences that don't really mix together, perhaps ruining the mythology and the creative world that the first film worked so hard to set up.