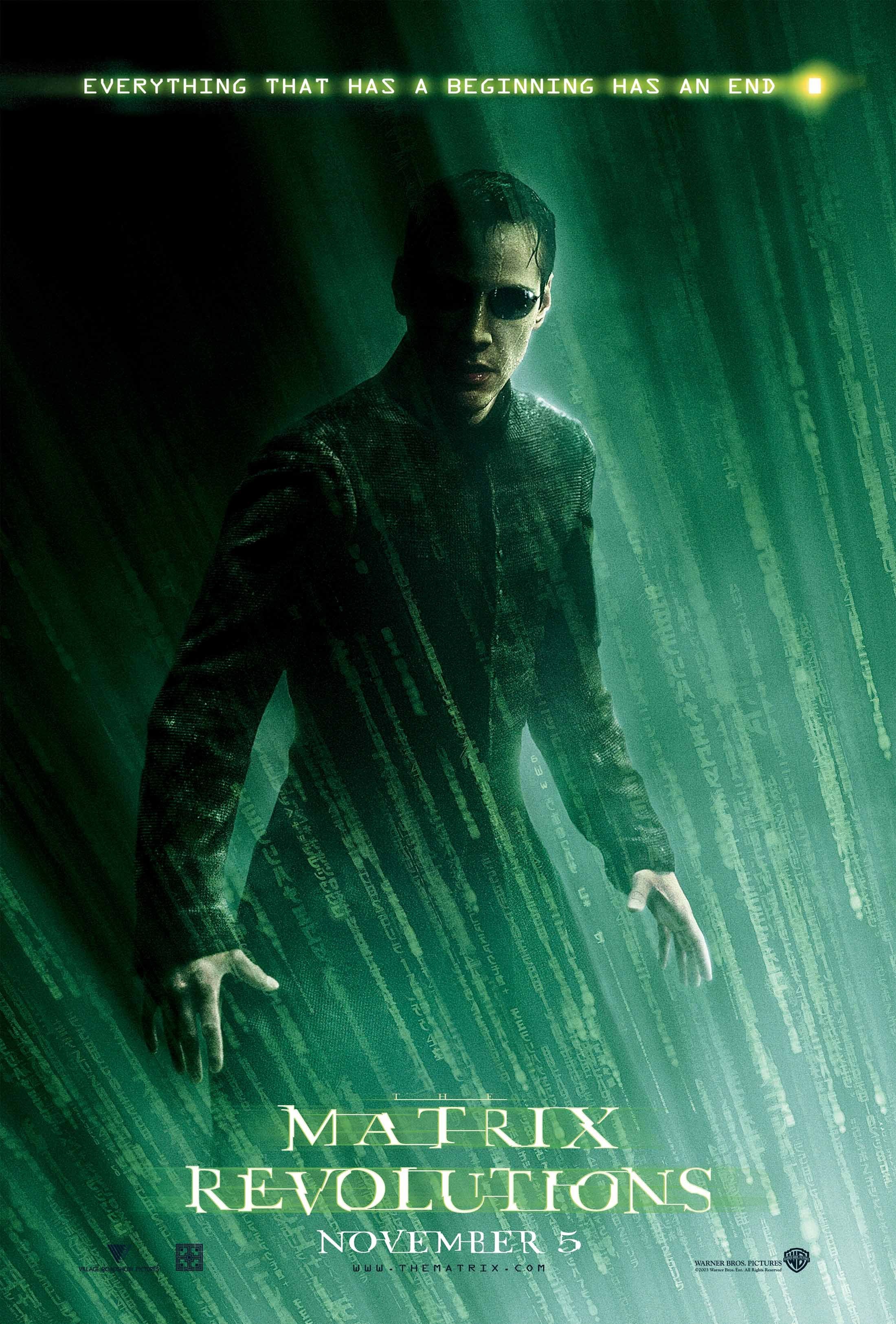 The Wachowskis should have known they had a problem after the release of the second entry into their Matrix franchise. They dived too much into the mythology of everything that is surrounding this film, which ultimately left the viewers confused and frustrated when the credits roll. In a film that should have been full of amazing fight scenes and an engaging war between the humans and the machines, we receive yet a bigger disappointment in this franchise, that consisted of a muddled, cheap plot rather than a fulfilling story to conclude this trilogy.

The past two films have built up to this - a huge, all-out war battle between the machines and the humans that inhabit Zion. Led by Neo (Keanu Reeves), Trinity (Carrie Anne-Moss), and Morpheus (Laurence Fishburne), the humans do everything they can to stop the machines from destroying Zion, and the human race as we know it.

The film picks up where the second movie concluded, with Neo stuck in a loophole on the Matrix. The movie has him stuck there for at least thirty minutes of the film, forcing Trinity and Morpheus to confront the Frenchman (Lambert Wilson) to release him. This basically just sets up the plot for the movie to go forward. This is how Neo is brought out of this prison of sorts to become the hero and fight the machines. It is a very cheap set-up, and makes the viewer feel like the storyline about the Frenchmen in the second film seems like nothing but a gimmick to keep the audience busy throughout the movie.

With this film being the final chapter, you would expect for there to be tons of pay-off for our characters. Well, that is just not the case for this movie. Many of the main characters die in a sudden and unfulfilling way, leaving the viewer annoyed at the way the filmmakers chose to end this film. I think they tried to go for a sacrificial ending for our characters, to serve as martyrs for the legacies to come. But, it just doesn't work for this film. We want to see our protagonists succeed, not be killed off one by one. It's a horrible way to conclude this franchise, and I am extremely disappointed in the way that the Wachowskis choose to go.

The action sequences in this movie contain more spaceships and less of the kung-fu and slowed down fighting that this movie is known for. I'm not sure what the filmmakers were trying to go for by incorporating more space-like battle, but I was extremely disappointed in the lack of hand-to-hand combat present in the film.

However, when we do get the hand-to-hand combat (which is perhaps limited to the finale scene with Neo and Agent Smith (Hugo Weaving), it is very well choreographed and shot. It is just like the fight sequences for the first two films, and what I was expecting when watching this dreadful film. I wonder that if they had included more fight scenes like this, and a much more satisfying ending to the story as a whole,  this film could have been better than the two that came before it. I guess we'll never know.