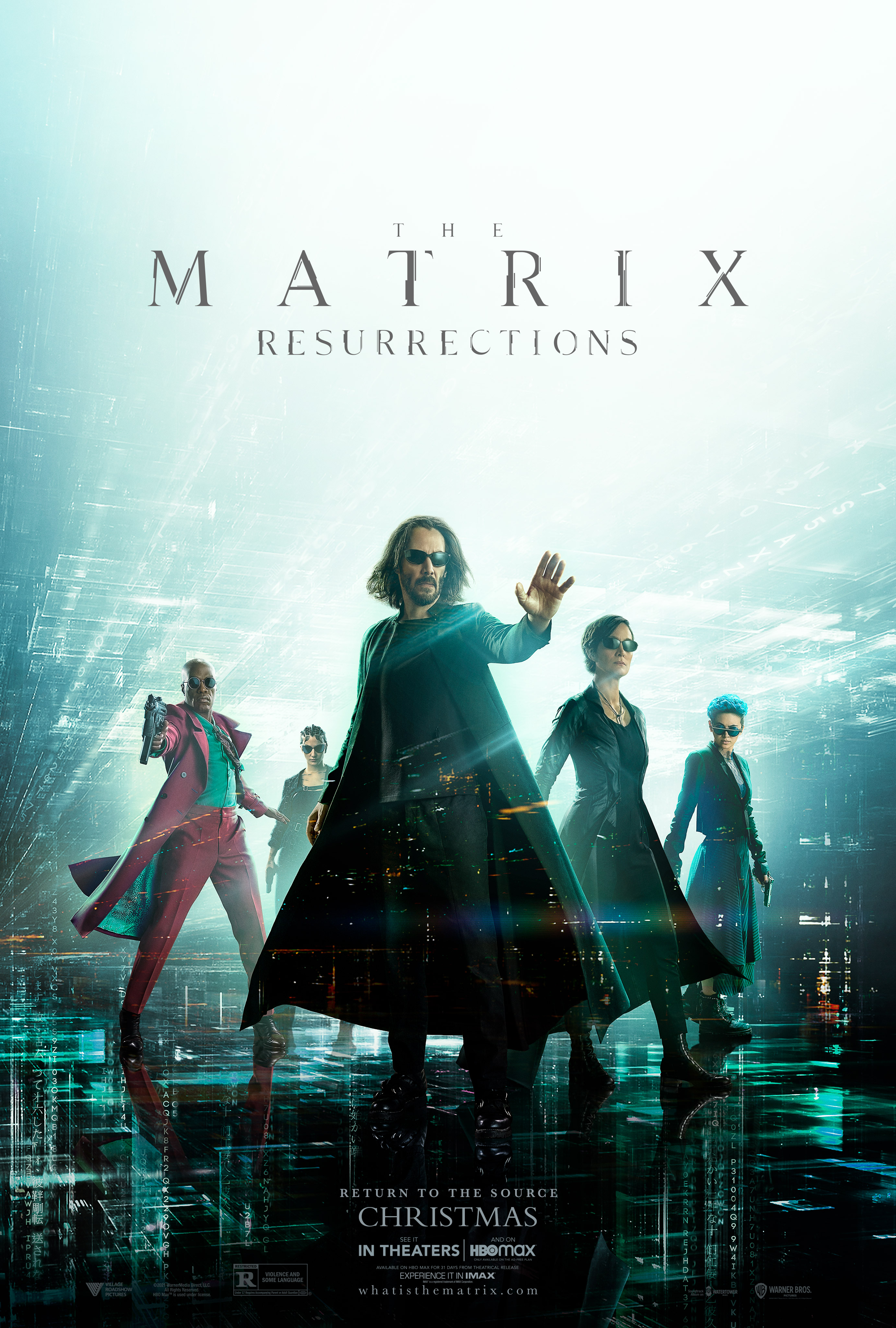 The Matrix trilogy concluded with the deaths of Neo (Keanu Reeves) and Trinity (Carrie-Anne Moss), saving the last human city of Zion in the process. Because of this, it was a pretty big shock seeing Reeves and Moss in the trailers for the fourth movie, "The Matrix Resurrections". I was very excited for this film, and was hoping it would fix the unsatisfying ending that was in the third film. Even though they did fix what was wrong with this film's predecessor, it was still a very odd and sloppy mess that doesn't really work in this franchise.

Thomas Anderson (Reeves) is a very talented and famous video game designer. He designed the widely popular video games that are known as "The Matrix". The events that take place in this series of games are the events of the previous three films, with Thomas believing he thought it all up, rather than believing that he actually experienced all of these events prior to this film.

When Morpheus (Yahya Abdul-Mateen II) tracks down Neo and bring him back into the real world, Neo must now figure out what is real and fake, as well as hoping to save his love, Trinity (Moss). He must follow the new leaders of the real world to stop the agents from taking over the machines once again.

This film is a very odd edition to this franchise. It seems more like a fan-made film, rather than a feature length picture that belongs in the cannon of this widely-successful sci-fi franchise. For example, throughout the movie, there are tons of flashbacks to the previous three films, but they are all edited in such an odd way. They are added in to make the viewer have nostalgia for the previous films, but it basically seemed like a bunch of fan-boys geeking out over having the original two members of the film in this movie.

The writing of the characters also seems very odd as well. The character are sort of annoying, and don't fit the molds into what we have known from the other movies in this franchise. I didn't understand why the filmmakers made Morpheus into a hip, young man since that isn't what he was in the previous films. Laurence Fishburne portrays him as a badass warrior who is a great leader of the humans. This version of the character seems more like a man who is trying to fill his shoes, but does so very poorly. This is nothing against Abdul-Mateen's portrayal of the character, but rather the odd writing of his character in this movie.

It also seems like we, as the viewer, are robbed of what could have been amazing action sequences and beautiful cinematography. The characters go around professing their love for the styling of the previous installments (which are represented by Neo's video games in the movie), rather than actually putting on display. It seems like Lana Wachowski wrote this movie as a self-esteem boost for herself, and her writing came off very cocky and conceited. It was a pity she wrote the movie like this because she basically ruined it by adding this dialogue from the characters. It cheapens the other three films, and makes us resent what happened before this movie.

However, when we do get some action scenes, they are amazing to watch and still a lot of fun, like the previous movies. It is always amazing to see Reeves and Moss fight side-by-side, and kick the agents' butts. It was beautifully shot and choreographed, and this is what most of the movie should have been.

Overall, we never needed this movie. This is basically a cash-grab, and I think cheapens the first three films. It makes me wish that this film was never made. Even though I really liked how they ended the movie on a positive note, the journey to that was quite awful.