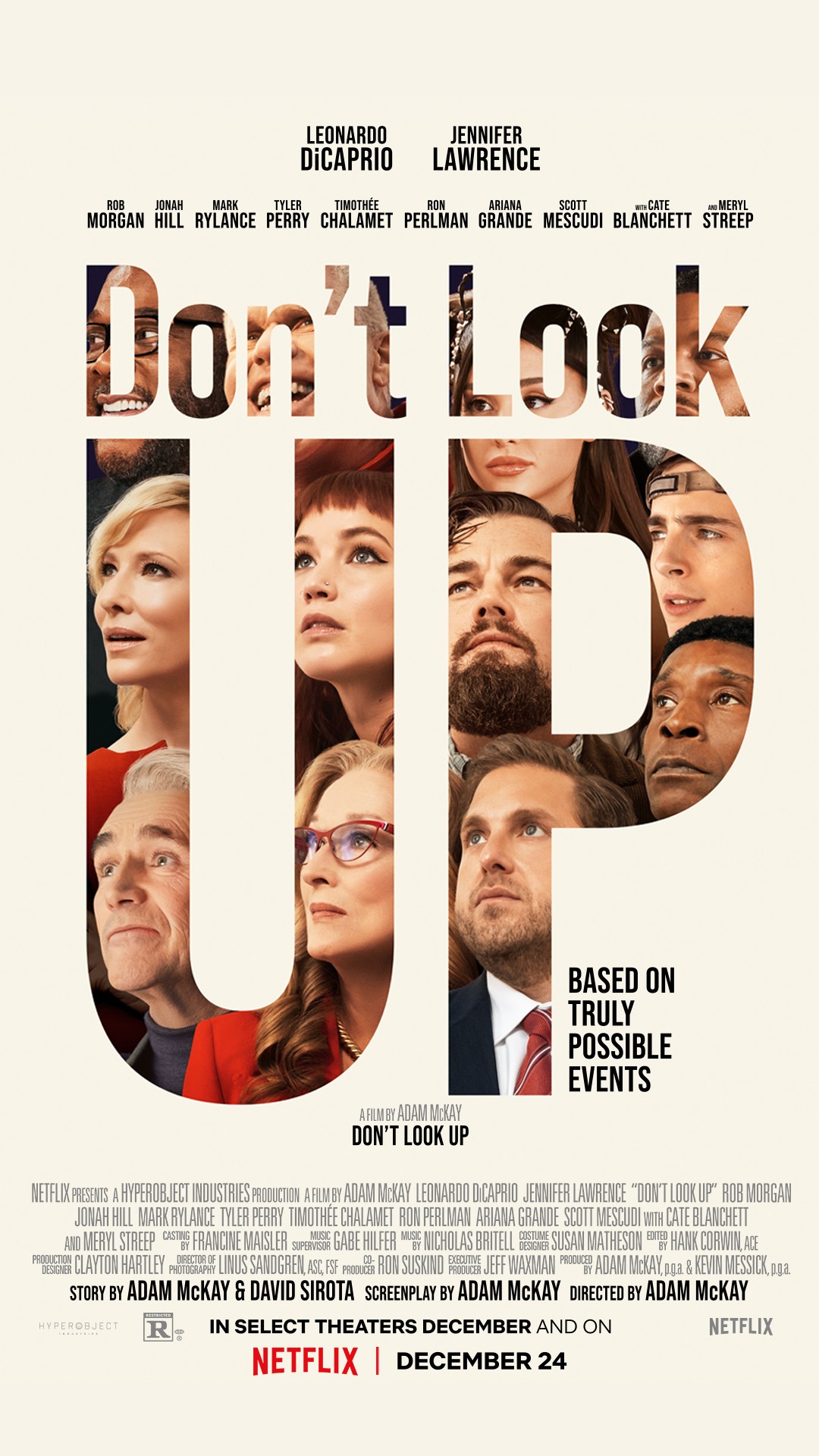 I think that in a way, Adam McKay is a brilliant director on many fronts. Not only can he make great goofball comedies, such as "Anchorman" and "Step Brothers", but he is also able to craft these comedic, yet genius stories. He proved this by releasing Oscar-winners "Vice" and "The Big Short", which led to the 2021 film, "Don't Look Up". Boasting a fabulous cast consisting of Leonardo DiCaprio, Jennifer Lawrence, Meryl Streep, Jonah Hill, Timotheé Chalamet, and many more, this film tells the story of a meteor hurtling towards Earth, as well as the human's passive attitude towards stopping it. Not only is it hilarious at parts, but it also tells a story jam-packed with political and social commentary, warning the world what our beautiful planet could look like if we continue to bicker and fight.

The movie follows two scientists (DiCaprio and Lawrence), who discover a massive comet hurtling towards Earth. However, this comet is the size of the one who wiped out the dinosaurs, and if it hit Earth, it would cause a mass extinction of seismic proportions. When they try to go public with the comet observation, they are shot down every chance they get due to political differences and the worldwide negligence towards the matter.

All of the actors in this movie are incredible. They all play such fun and energetic characters, even during the darkest and most intense parts of the film. I think Lawrence stole the show though with her hilarious and pessimistic attitude. I can't imagine any other actors playing these characters, and I think McKay does an excellent job directing these performers as well.

This movie seems to be two different tones combined into one. The first half of the film is more comedic in nature, and moves at breakneck speed. However, the last half of the film is more serious in tone and moves at a slower pace. Yet, both of these halves do an excellent job combining together to tell the whole story. However, there is about a fifteen minute middle part to this film that kind of drags and has no real direction. You can tell when this part of the film comes as it seems like there are so many unimportant things that happen, but they help to set up the second act of the movie. McKay could have definitely did a much better job shortening the middle part of the film, and could have set up the rest much better.

Even though there are some serious pacing issues, this film does an excellent job of focusing on social and political commentary. They satirize the feuds between political parties and how they affect our whole society as a whole. The tagline for the film is "Based on truly possible events", which seems more true than ever in our today's political climate. McKay is satirizing this to show what our world could become if we continue down the path we are going down in the near future.

People have been calling this film a modern masterpiece, and have even compared it to classics of today. I could see this movie being a classic in the years to come, and could show hopefully show a new world what this society was like many years in the future. Not only will it educate them on how to never act again, but also entertain them while doing so.