"Fantastic Beasts and Where to Find Them" Film Review 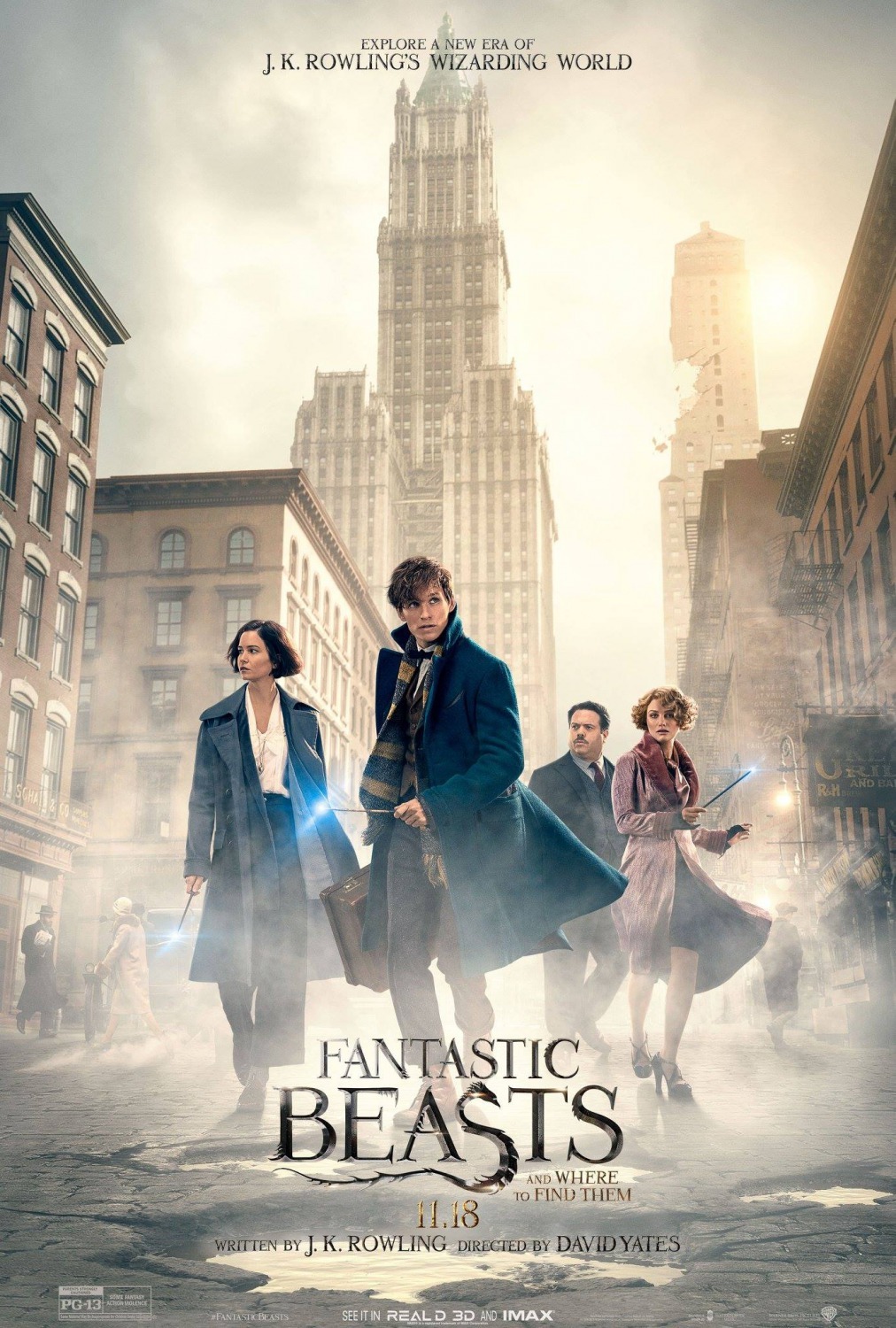 "Fantastic Beasts and Where to Find Them" Film Review

The "Harry Potter" franchise is one of the most beloved film series in history, so there was understandably a lot of hype around the prequel to Harry's story - "Fantastic Beasts and Where to Find Them". Following Newt Scamander (Eddie Redmayne) around the U.S., the British wizard must collect all of his fantastic beasts that got loose and return back to London. However, when a magical dark force wreaks havoc around them, Newt must team up with magical sisters Tina (Katherine Waterston) and Queenie Goldstein (Alison Sudol), as well as "Nomaj" (which is basically the American word for "Muggle") Jacob (Dan Fogler) to find out what it is and stop it before it destroys New York in this magical spin-off.

Director David Yates returned to direct this spin-off after directing four of the "Harry Potter" movies before this. I think it was a great decision to bring him back as he is able to perfectly capture the magic and mystery behind J.K. Rowling's writings. I think he is fantastic in these series of films, and is perhaps one of the best guys for the job.

This is Rowling's first time as a screenwriter, and it can show in the movie. Some of the dialogue seems off, and the pacing is either too fast or slow in parts. I was shocked by how dark and gritty this film is compared to the first series of films. Consider the scenes where Ezra Miller's character, Credence, is absurd by his foster mother and is basically ridiculed, leaving him feeling like he is nothing. From that to the more adult subject matter in this film, it feels like you are watching two completely unconnected franchises when comparing it to the series that came before this.

But, perhaps that's the idea. Maybe Rowling wanted a whole fresh, new take on the Wizarding World; to be able to break off from the innocence and childhood ideologies that was present through Harry's adventures at Hogwarts. I do think what she wrote and created in this film does work, but I'm not sure if I enjoy it as a spinoff series when considering the earlier films.

Besides that, the film is perfectly casted. Redmayne, Waterston, Sudol, and Fogler play their roles to perfection, and I can't imagine anyone else playing these characters. Same goes for Colin Farrell, who plays the villainous Graves in this film. He just has a certain screen presence to him in this movie that just radiates evil. I also just have to mention Johnny Depp's surprise role at the end of the film is genius and is definitely one of the greatest character introductions this century, in my opinion.

Overall, I think this is a great kick-off to the whole new franchise of magical films. I think it has enough story and connections to "Harry Potter" to keep this film series running for at least a few more movies. Maybe this will turn into a franchise like "Harry Potter" one day in the future. We'll just have to wait and see.