"Harry Potter and the Chamber of Secrets" Film Review 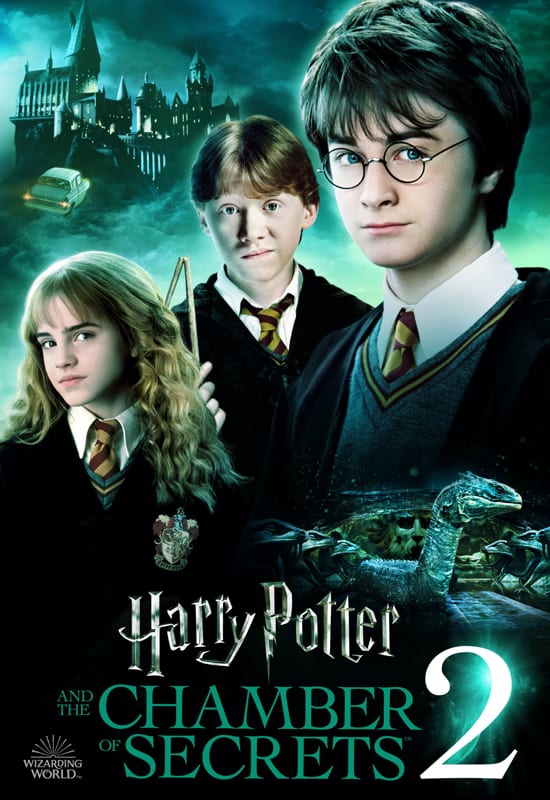 "Harry Potter and the Chamber of Secrets" Film Review

Audiences and critics alike fell in love with the characters and the plot of the first "Harry Potter" film when it came out in 2001. Chris Columbus was able to take J.K. Rowling's best-selling novel and recreate it faithfully on the screen. This is also the case for the second film, "Harry Potter and the Chamber of Secrets", which brings back all of our characters in this fun and action-packed adventure that explores the past of one of film's most famous villains, Lord Voldemort.

The film takes place a couple of months after the first film, with Harry (Daniel Radcliffe) preparing to go back to Hogwarts. However, a house-elf named Dobby (Toby Jones) appears, warning Harry to not return to Hogwarts as it is no longer safe for him. Ignoring Dobby's warnings, he returns to the magical school, meeting up with his best friends, Hermione (Emma Watson) and Ron (Rupert Grint).

However, true to Dobby's warnings, everything is not safe inside the famous school. The Chamber of Secrets, which is an underground lair created by Salazar Slytherin, has been opened once again, inviting unbeknownst kids into its clutches. Leaving kids petrified, the trio is now tasked with figuring out how to close it for good, forcing Harry to face off against his longtime foe.

The movie, like the first installment, is tons of fun and enjoyable for the entire family. The three main stars are excellent together, and really have this amazing chemistry that is hard to find amongst young actors. Columbus is once again able to recreate the magic of Rowling's novel, adding many magical elements and fascinating moments throughout the plot of the film.

Like the books, this movie seems to be a tad darker in tone. Our characters are growing up slowly but surely, forcing them to encounter darker enemies and more hair-raising situations. Consider the scene where Harry must fight the basilisk in the Chamber of Secrets to save Ron's younger sister, Ginny (Bonnie Wright). Not only is his own life at stake, but also the life of his best friend's sister.

I also thoroughly enjoyed the additions of new characters in this film, including Dobby, Gilderoy Lockhart (played perfectly by Kenneth Branagh), and Lucius Malfoy (Jason Isaacs, who is nothing like the character he portrays in this film). They all add a new sense of magic to the film in their own way, and I think they are critical to the success of this film. I seriously can't imagine this film if these three weren't in the movie.

Overall, I think Columbus does an excellent job in the two "Wizarding World" movies he directed. He was able to perfectly set up this series of films, passing it off to other directors in the future. While the films after these first two would be different in tone and much darker, I can't imagine the "Harry Potter" series being successful without Columbus' involvement.