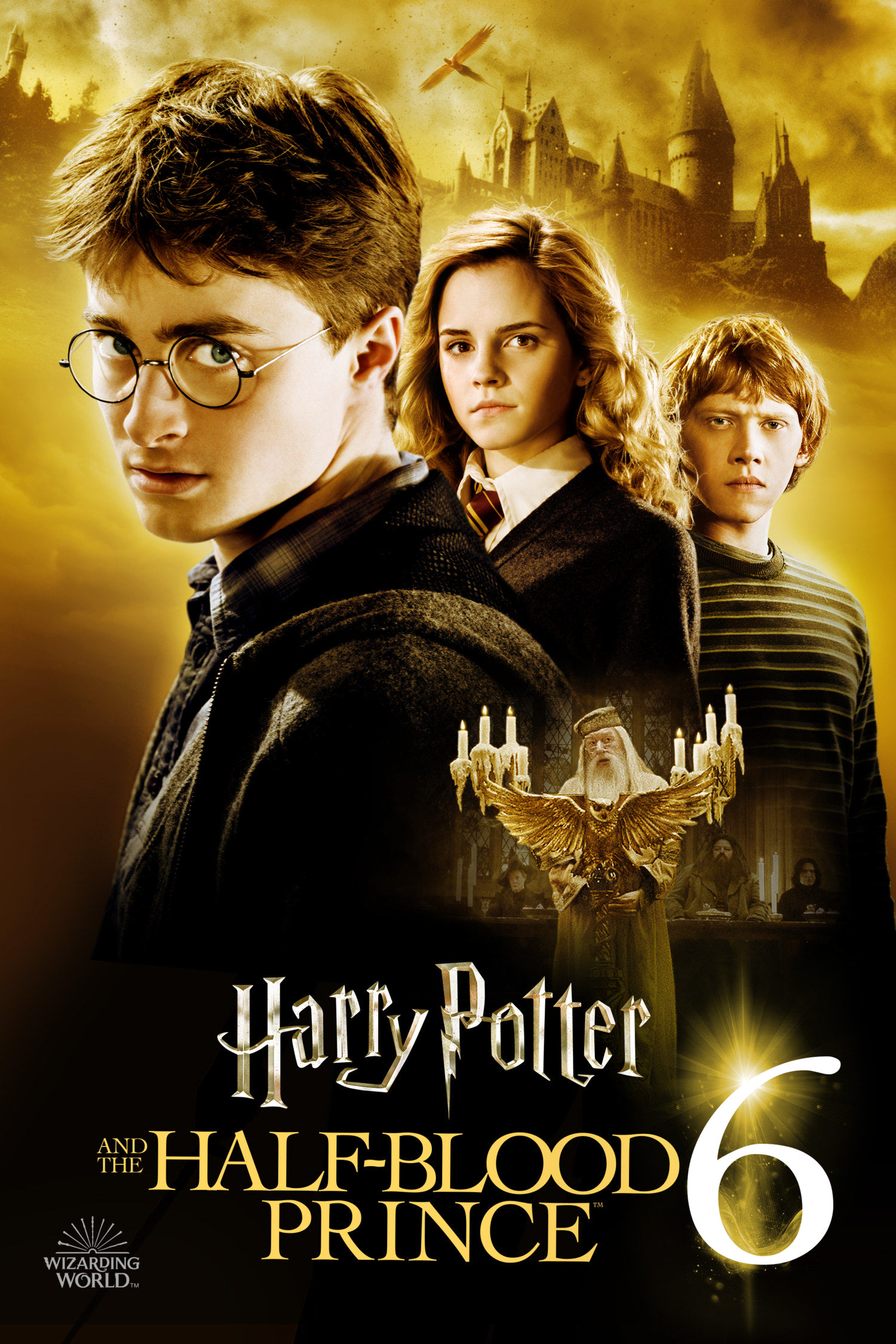 I think that in a way, "Harry Potter and the Half-Blood Prince" completely changes the direction the franchise was going in. The fourth film was able to change our characters in the terms of them growing up, but this movie, which is the sixth in the franchise, changes the direction of how our characters think and act concerning specific events. There are many more conflicts between our heroes, as well as having to deal with more grown-up problems. However, I'm torn about how I feel about this movie as it is a great entry into the Wizarding World franchise, but it breaks off from the ongoing storyline for most of the movie, making numerous storylines that serve more as fillers before the ending of this franchise comes.

Harry (Daniel Radcliffe) is brought back to Hogwarts by Dumbledore (Michael Gambon) for a special mission - they are going to find and destroy Voldemort's Horcruxes, which are hidden bits of his soul to make him immortal. He has split his soul into seven of these little items, and to defeat Voldemort for good, the good wizards must destroy every single one.

As well as journeying with Dumbledore to find these hidden items, he must also navigate school, alongside his best friends, Ron (Rupert Grint) and Hermione (Emma Watson). However, when Draco Malfoy (Tom Felton) is recruited by his father (Jason Isaacs) and mother (Helen McCrory), the trio must track him down at the school, and stop him before he hurts anyone else.

The movie does expand on the ongoing storyline of Voldemort a bunch. It adds in the addition of the Horcruxes, as well as the journey of Dumbledore and Harry to bring down the dark wizard. However, at the same time, the movie spends too much time on different storylines that won't matter in the long run. It tries too hard in a way to be so dark and moody that it's not a fun film, like the other entries in this movie. There are moments that seem fun and recall some of the magic from the previous movies, but this movie is trying to go in a completely different direction that I didn't really enjoy.

However, that's not hating on any of the performances in this film. I think every actor fits their respective characters perfectly, and harness their acting abilities into these roles on the screen. For example, one of my favorite performances by Radcliffe in this franchise is when he is under the influence of Liquid Luck, causing him to be very happy and cheerful. He decides to go visit Professor Slughorn (Jim Broadbent) and Hagrid (Robbie Coltrane), and comes across a funeral for Hagrid's pet spider, Aragog. It is a very fun and enjoyable scene, but I think we get too little of these scenes in this film unfortunately.

The film does contain one of the most famous scenes in the entire franchise, and that is the death of Dumbledore at the hands of Severus Snape (Alan Rickman). That entire ending sequence is absolutely incredible, and really expands on the relationship that Harry and Snape have had since day one. It is perhaps one of the most heartbreaking moments in the entire movie series, and the filmmakers do an excellent job delivering an accurate portrayal from the novels by J.K. Rowling.

Overall, this is a very good movie. It really is, but I think it lacks the magic and the spark that the previous movies had. They try too hard in certain aspects, and it makes the film seem too long and drawn out. I can appreciate the direction they were trying to go in, but I think it could have been executed way better.