"Harry Potter and the Order of the Phoenix" Film Review 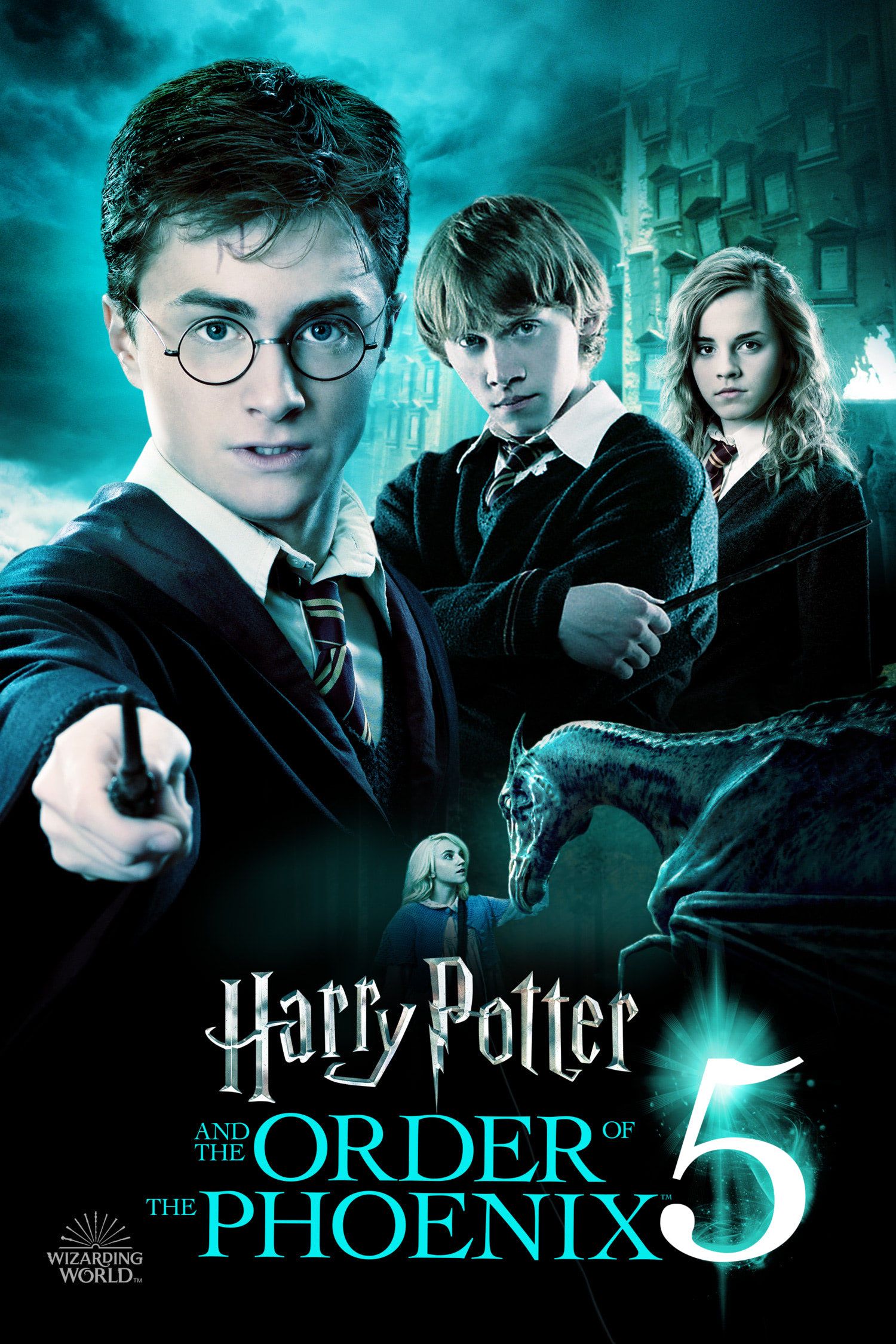 "Harry Potter and the Order of the Phoenix" Film Review

The Wizarding World is a much darker place in the fifth installment of this widely popular franchise, "Harry Potter and the Order of the Phoenix". Lord Voldemort (Ralph Fiennes) has returned, and he is plotting to rule the Wizarding World, forcing every wizard to live in fear of the dark wizard. At the same time, Harry Potter (Daniel Radcliffe), who is the only one to ever survive the killing curse at the hands of Lord Voldemort, is trying to stop the dark lord for good in this great addition to the "Harry Potter" franchise.

This is the first "Wizarding World" to be directed by David Yates, and I think he is able to perfectly combine the magic from the previous installments with the growth our characters have gone through. We don't see our three main stars (Radcliffe, Emma Watson, Rupert Grint) as these young kids anymore, but rather as the protagonists of a decades-long war that the good wizards have had with Voldemort.

I think that since these actors and actresses have played these roles for so long already, they have been able to morph themselves into their characters anyways. It's like watching the actors grow up before our eyes as well, showing their development and growth as human beings. I think this had something to do with the roles they portrayed in these movies in the way that this film series basically shaped their childhood and upbringing.

On the other side of the coin, Fiennes does an excellent job at portraying this villain, which I think is one of the main reasons that Voldemort is hailed as one of the greatest villains of all time. I truly believe that Fiennes was born to play villains, and if you don't believe me, take this film series and "Schindler's List" as examples. We are also introduced to Bellatrix Lestrange (Helena Bonham Carter), who also steals the show in every scene she is in. Carter is just so good at playing these creepy and nasty characters that it seems like second nature to her. In a way, this is basically the "Harry Potter" franchise's version of "Empire Strikes Back", and the villains definitely steal the entire movie due to their perhaps perfect performances.

At the same time, I think the side characters also do an excellent job, especially Gary Oldman as Sirius Black and Michael Gambon as Dumbledore. Oldman is just perfect at this role, and he is easily a fan-favorite due to how likable his character is. You want his character to succeed in his quest of leading the Order of the Phoenix, bringing down the dark wizards for good. You also want to see him happy, giving Harry a new home and having someone that reminds him of his best friend, James Potter. I think that's perhaps the reason why the ending of the film is so heartbreaking.

I think the fact that this movie relies more on the villains than it does the heroes is what makes this movie so decisive. Some people either love it, and others hate it with all their heart. In my opinion, I definitely think this movie was a more fresh take at the whole of the Wizarding World, and I found it very intriguing to see the villains on display more than ever. I think that this movie definitely packs a punch that changes the way Harry thinks and acts, which is perfect character development for not only him, but those close to him as well.