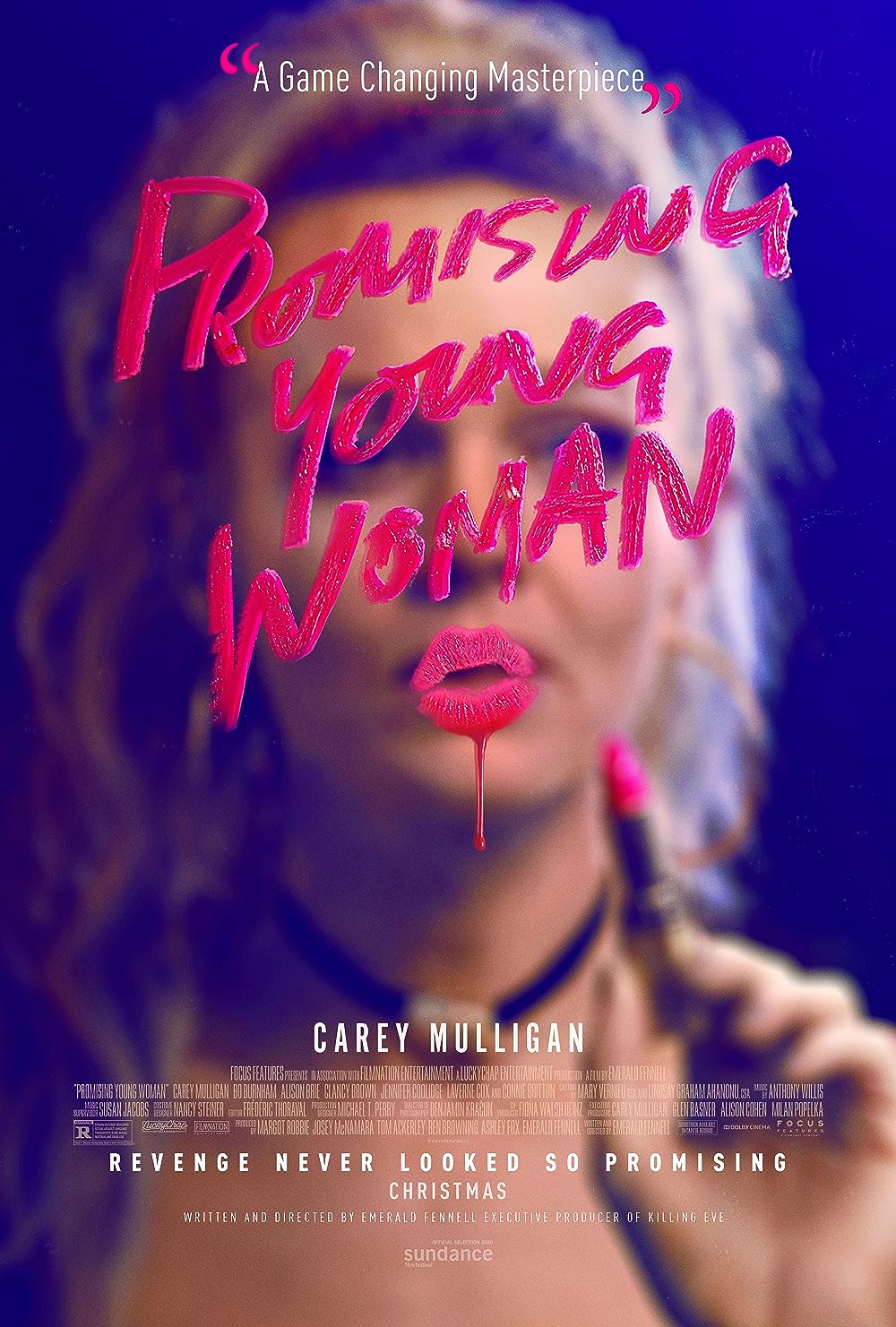 "Promising Young Woman" opens with a group of guys ogling over a very intoxicated woman in a bar. That woman is Cassandra Thomas (Carey Mulligan), and she has a secret - she's not really drunk. In fact, she's very sober, and the whole drunk act is just a trap for men who want to sink their teeth into vulnerable women like her out in clubs. This hobby that Cassie has really sets the tone for the whole rest of the movie, as it shows you that you cannot trust anyone, even those who are closest to you.

I'm sure you're wondering what Cassie has this very unusual hobby. We find out throughout the film that her best friend, Nina, was raped in college by a boy who everyone thought was a "great guy". After Nina commits suicide following the whole ordeal, Cassie makes it her own personal mission to find men like this, and punish them for what they are about to do to her.

However, along the way, she falls in love with Ryan Cooper (Bo Burnham), who is a pediatric doctor she met in medical school. When that huge part of her life opens back up following her relationship with the young doctor, she must confront her inner demons, as well as trying to bring justice to what happened to her best friend all those years before.

Mulligan gives an absolutely incredible performance in this movie. She's charming, yet a tad terrifying at the same time. She is able to make the viewer feel sympathy for her, but then make them feel afraid and downright shocked at what she is going to do next. Of course, the writing and directing by Emerald Fennell makes this possible for the viewer to feel these things, but I think Mulligan's performance really brings it home.

Speaking of the screenplay by Fennell, I think she crafted this beautifully woven story about payback and revenge. The story is so dark and very upsetting, but she makes Ryan and Cassie's relationship into a more uplifting part of the film. I think that is why the shocking reveal towards the end of the movie hit harder than anything else in the entire movie.

At the same time as telling the story about this young woman, the film uses the social commentary present to its advantage, showing how you can't really trust anyone in bars or on the dating scene in this day and age. It is very obvious by Cassie's numerous outings as a drunk woman, as well as her relationship with Ryan. I think it could also speak on woman's empowerment, but also show how women are shot down in society and are made to feel like they can never live up to the standards of their gender counterparts. It's obvious that Fennell has a message she wants to get across, and I think she did an excellent job at it.

Overall, this movie is so perfectly made and flows at such a nice pace that it doesn't even feel like you watched a two-hour movie. I think that is what a film is supposed to do - enchant you and make the viewer fall into the story, not realizing that the time went by so fast. Fennell, who made her directing debut in this movie, is a force to be reckoned with, and I can't wait to see what else she comes up with in the future.