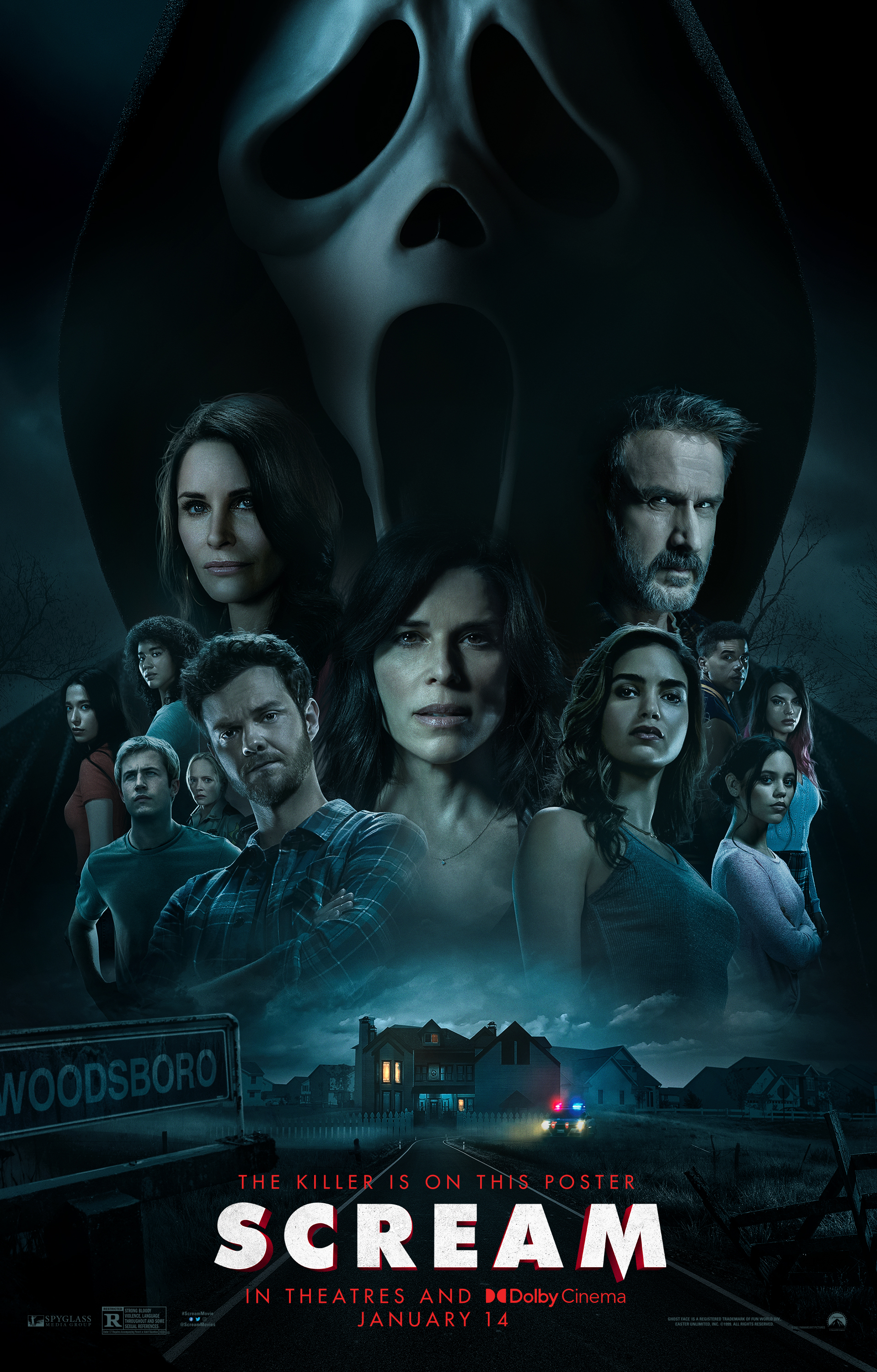 The 2022 "Scream" film is made for the longtime fans of the original. This is the fifth installment of the franchise, but this is the one that has the most fan service and callbacks to the horror genre, besides the original. The movie series evolves, as when the original came out, people would have conversations over the phone or at a cafe about the newest horror movie coming out. Now, horror movies are talked about non-stop online, over text, and many other forms of communication that are way easier and faster than back then. Due to the faster ways of communication, there have been more toxic fanbases, which the film heavily relies on for the motive of our new killer(s) in this great addition to the widely successful horror franchise.

The events of Woodsboro have led to a massively popular film franchise - "Stab". These movies have been huge throughout the world, and has created a massive following. However, due to the disappointing "Stab 8", fans were rightfully upset at where this franchise has headed. However, one person in particular takes greater offense to this film, and decides to recreate the original killings so Hollywood would make a movie on the 2022 killing, rebooting the "Stab" franchise in the right way.

Our original three core characters -Sidney Presentcott (Neve Campbell), Dewey Riley (David Arquette), and Gale Weathers (Courtney Cox), have returned for this film, but in a much different way compared to the previous films. For the other four movies, they served as the main characters, kicking the bad guy's butt in the end like always. However, this film focuses more on the new characters in the movie, leaving the legacies to come back as more of a cameo/nostalgia appearance. I think this makes our characters seem more important and more beloved as we want to see these characters throughout the movie. By keeping them in the shadows for most of the movie, this makes us appreciate the characters as a whole, as well as loving every second they are present.

At the same time, I think the ensemble of the young cast members do a great job of capturing the horror and humor of this franchise. They are all very fun to watch, and I think the actors fit their respective roles perfectly. I enjoy how they were able to connect the main character, Sam (Melissa Barrera) to one of the main characters of the first film. I think it was a very interesting twist that is able to capture the nostalgia, as well as redeem that specific character in the franchise as well.

The killer, which dons the classic Ghostface mask, is great. There are some pretty graphic and gnarly kills that are filmed perfectly. He is able to capture the horror that Skeet Ulrich and Matthew Lillard were able to capture twenty-five years earlier, and the phone voice is spot-on as well. THIS is the way to bring back a classic killer, and I think the studios did a great job.

Overall, this is such a fun and satisfying movie that every long-time fan of the franchise will love and appreciate. I definitely think it was a step-up from the last two films in the series that came before this, and it would be awesome if the filmmakers can use this momentum to make many more Ghostface movies in the future.