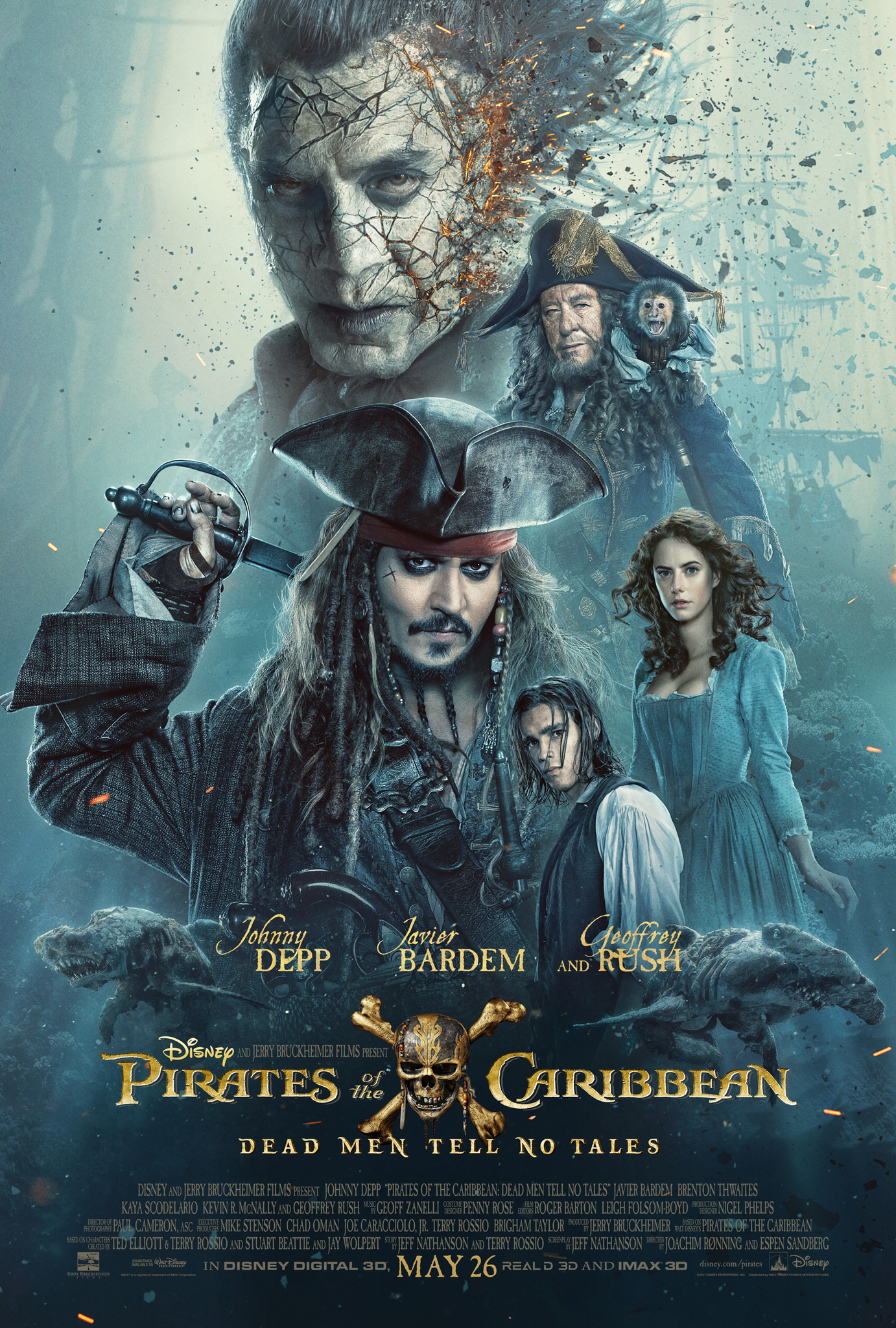 I throughly enjoyed this movie. That is perhaps a very unpopular opinion, but I thought this movie and the performances inside of it were a lot of fun and able to capture a new and rejuvenated vibe for the classic Disney franchise. "Pirates of the Caribbean: Dead Men Tell No Tales" is a wonderful addition to the franchise as a whole, and is able to combine the plot lines from the original films with the new atmosphere the filmmakers create for this great final entry into this amazing franchise.

The film, which seems to completely ignore the fourth entry into the franchise, takes place close to twenty years after the events of the third film. When William Turner (Orlando Bloom) and Elizabeth Swann (Keira Knightley) have a son named Henry (Brenton Thwaites), he makes it his personal mission to free his father from the lifelong duty of being the captain of the Flying Dutchman. To help him on his quest, he seeks out the only pirate who would know how - Captain Jack Sparrow (Johnny Depp).

However, Jack is now down on his luck, and is running petty heists instead of being one of the most feared captains on the Seven Seas. He reluctantly joins Henry on his quest to free his father, mostly due to the fact that he will be able to find the coveted Trident of Poseidon. What they don't know, though, is that Captain Salazar (Javier Bardem), a dead pirate who has been crossed by Jack, is on the hunt for the Sparrow, and will stop at nothing to bring him down.

This movie probably contains the most playful we have ever seen Depp's character. Jack is tired of running and fighting, and would rather spend his days getting drunk and being around his crew. When he is basically forced by his crew and Henry to sail the Seas once again, it is hilarious watching him get back into the old routine and try and be the fierce pirate he once was. Throughout the movie, he is constantly cracking one-liners and doing things that will definitely bring a smile to everyone's face.

The other characters in this film are great to watch as well. Carina Smyth (Kaya Scodelario) is a great addition to the film. She portrays a scientist (woman scientists weren't accepted at the time) who follows the crew on their mission. She is a lot of fun to watch, and serves as a great female leader throughout the movie, rivaling Knightley's character in the previous movies. Barbosa (played by Geoffrey Rush) also has a major role in the last half of this film, and he is as great as ever. He's fun to watch, and this film really pulls on the heartstrings of the viewer concerning his character.

The cinematography in this movie is breathtaking, and I'm really happy they returned to their roots of traveling on the water, instead of spending the whole film on land like in the previous installment. I especially love the shots in slo-mo throughout the film. Consider the scene where Jack and his crew are robbing the bank in the beginning of the film. The bank vault crushes through a bridge, causing Jack to jump from the bridge and onto the bank vault. The entire shot of the vault breaking the bridge is in slo-mo (which is absolutely beautiful), and then it immediately follows a shot of Jack drinking on the vault, while panning out to show the destruction the whole entire heist has caused. It is a very beautiful shot, which they then follow with other shots like this throughout the rest of the movie.

If we never see another sequel in this franchise starring Depp, Bloom, Rush, or Knightley, the filmmakers did a great job of tying up everyone's story perfectly, leaving the viewers feeling satisfied as to where our characters ended up. Almost all of our main character have their rightful happy endings, showing that it is the pirate life for our wonderful characters.