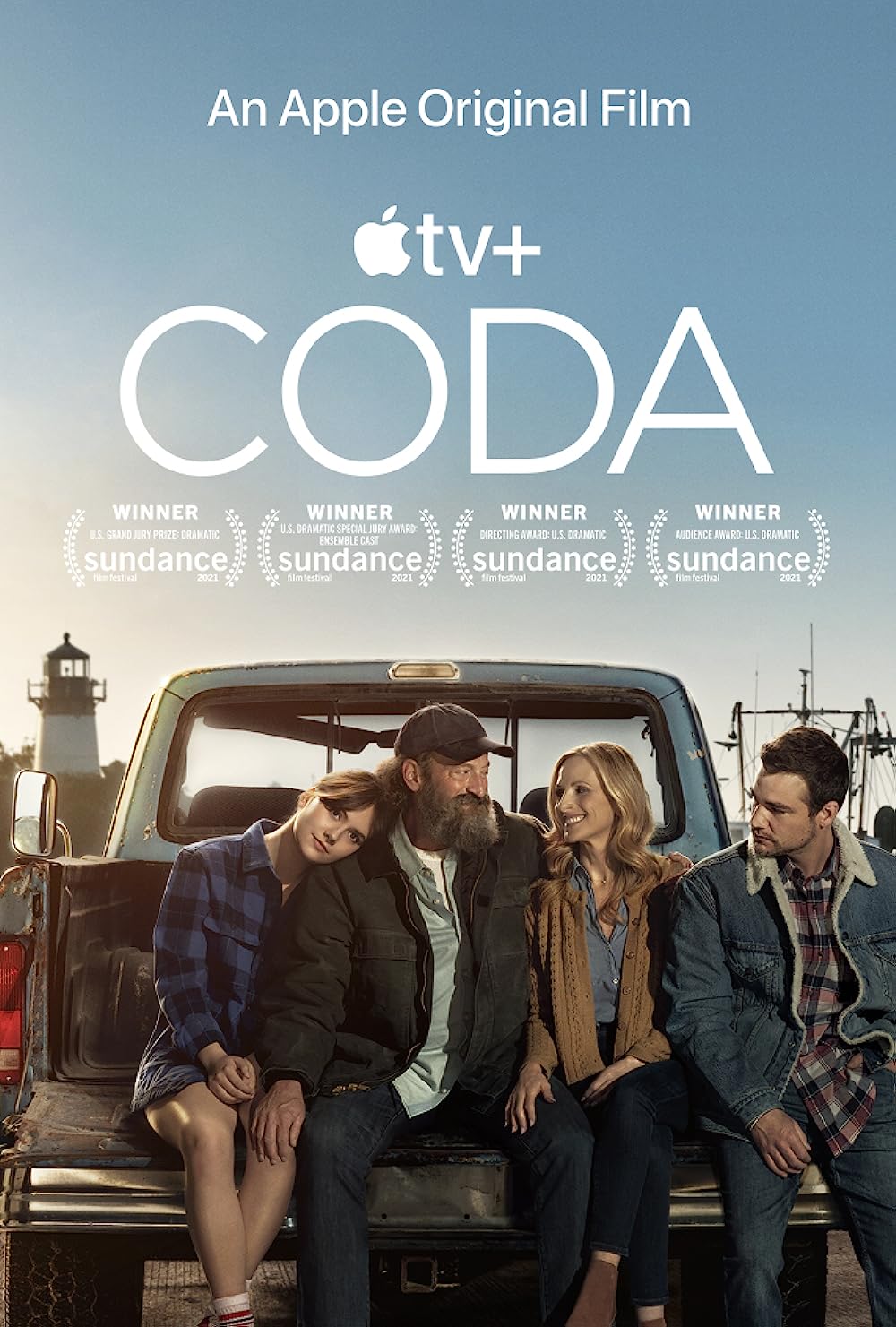 The deaf community doesn't receive a lot of recognition or exposure in society today. While the deaf community has had some major advancements in film and television over the last few years, with one of the most notable being "Switched at Birth", awareness of this community has been very little on screen. However, when Apple bought the rights to Sian Heder's "CODA", a film about a hearing child in an all-deaf family, they were able to showcase the deaf lifestyle, including all the hardships they face. What seems as a very inspiring and heartwarming movie turned into an award-winning film, perhaps changing the way deaf people are portrayed in movies and the film industry forever.

CODA is an acronym for "Child of Deaf Adult", meaning that the child is hearing with at least one deaf parent. Most of the time, they are able to serve as interpreters for their parents, as well as help keeping them aware of certain sounds around them. This is very much the case for Ruby (Emilia Jones), who is the only hearing member of her family. She has been given the task to provide interpretation for her father, Frank (Troy Kotsur), and brother, Leo (Daniel Durant), on their fishing boat, which is the main source of their income. She also has a rocky relationship with her mother, Jackie (Marlee Matlin), who doesn't understand her daughter's wish to break off and be her own person.

When Ruby joins the school choir and shows her teacher, Mr. Villalobos (Eugenio Derbez), that she has what it takes to take her musical talent to the next level, she plans her whole life around going to college and becoming a singer as her career. Yet, when her family doesn't understand her want, as well as not wanting to lose her as an interpreter for their new fishing business, Ruby now faces a roadblock, forcing her to chose between her family and the thing she loves most.

This film, which perfectly balances out the right amount of spoken language and ASL (American Sign Language), is able to tell the story on both sides. As a viewer, we root for Ruby, and want her to be able to chase after her dream. Yet, at the same time, the viewers who are parents can empathize with Frank and Jackie while watching, especially if the viewer is deaf and in the same position as our characters.

Even though Ruby seems at odds with her family throughout most of the movie, this film really shows the importance of family and the deaf community. Even though Ruby wants to leave her hometown and pursue what she is passionate about, she doesn't want to lose the people she loves most. It really shows how family is very important, and how no one should take family for granted. At the same time, the movie really touches on the subject of deaf people, and how they are no different than any other person. I. King Jordan, who was a very famous deaf activist, once said that "deaf people can do anything hearing people can do, except hear", and this movie proves that point to be true. Throughout the entire film, we see our main characters fish, drive, talk at the dinner table, have sex; basically everyday activities that hearing people do on a regular basis as well. It teaches the hearing viewers that instead of fearing the unknown, they should embrace. deaf people and try to interact with people in that community.

When looking at the acting performances in the movie, all four main actors do an excellent job at portraying their characters. Matlin, Kotsur, and Durant do an excellent job interacting with Jones, who learned the language of ASL for this movie; she trained for nine months to be able to properly communicate with her fellow cast members. They have perfect chemistry together, and the deaf actors are able to steal the scene in every scene they are in.

Let's especially take a look at Kotsur in the movie. He gives the best performance in this film, playing the fun and supportive father. He is absolutely hilarious in many of the scenes he is in, but can also become very serious and heartfelt in others. For example, let's take a look at the scene where he is at the meeting with the local fishing council. Using Ruby as his interpreter, he voices his grievances with the fishing community, and how he wants to break off and start his own fishing business. Even though Jones does all of the talking in this scene, it is Kotsur's amazing performance in portraying the anger and sadness he is feeling about being mistreated as a fisherman. He also gives another amazing performance in a very heartwarming scene towards the end of the movie, which I will avoid talking about in fear of spoiling the film.

I think this is definitely a major advancement of the deaf community in the film industry, and hopefully more deaf actors will be casted in mainstream roles. This film has been nominated for many awards, as well as numerous Oscars this year. Not only do I think it has a great chance at winning Best Picture this year, but I think this film can bring both the hearing and deaf communities together for good.