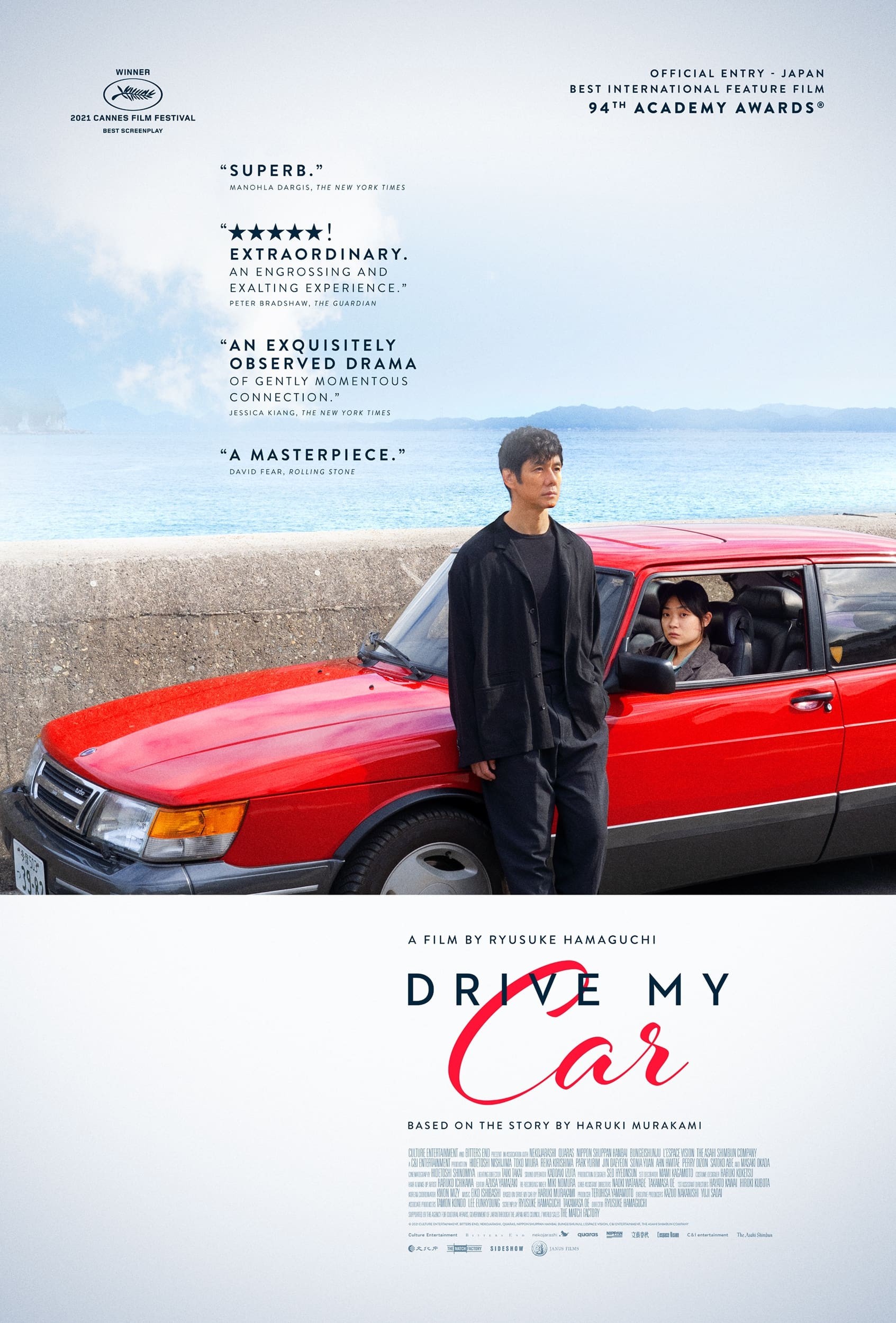 There is a certain serenity that follows throughout Ryusuke Hamaguchi's 2021 film, "Drive My Car". While it's not peaceful or full of tranquility, there is a certain calmness in the face of tragedy, which both of our main characters face. In the three hour film, not only do these unlikely characters form a bond that they will always remember, but they are able to accept their fates and embrace the life-changing events they went through in this deeply moving and heartbreaking film.

The film opens on Yūsuke Kafuku (Hidetoshi Nishijima) and his wife, Oto (Reika Kirishima) lying in bed after making love. Per tradition, she tells her acting husband about a new script she is writing for a TV show about a woman who steals mementos from her crush's house while neither him or his family are home. This will set up a multi-layered plot that will progress on throughout the rest of the film.

After developing these characters, and discovering Oto's infidelity with the young actors she works with when writing her scripts, a major tragedy occurs, leaving Kafuku alone and not sure what to do with himself. He proceeds to drive his car and practice the lines for the play "Uncle Vanya", reciting the memorization to his wife's voice that plays on the tape.

Two years after the tragedy, he decides to return and direct the stage production for "Uncle Vanya" in Hiroshima, forcing him to face the old demons he had locked away. However, due to a rule set in place by the staged production company, he is forced to be chauffeured around town by a young woman named Misaki (Tôko Miura). What starts out as quiet car rides turns into an exploration into both of their pasts, realizing they are not so different as they thought they were. Because of this, they are able to help each other get through their own personal problems, which establishes a lifelong bond that will last forever in their hearts.

This film moves at a very slow pace, making sure it crafts every character and event perfectly to follow for the rest of the film. It is able to establish these relationships and heartbreaks with each character, making the viewer feel both empathy and sympathy for the major characters in this film. At the same time, the fact they are able to take the fictional story that Oto sets up in the first scene of the film and have it progress through character interactions shows the masterful storytelling from the filmmakers for this film.

The actors also do an excellent job, especially our two main leads. They portray their characters as damaged people, trying to not let the tragedy that they have faced change their entire lives. They have all this pent-up rage and anger towards what had happened to them, and they think they are unable to let it out. Yet, through their interactions and from talking more as the film progresses, they are able to find that relief and healing that they truly needed. This is portrayed through the performances by showing how the characters change throughout the movie. None of them are the same at the end of the film than they were at the beginning. It makes the viewer feel overjoyed that the characters were able to overcome their hardships and find the happiness they have been desperately searching for.

Overall, I think this is an excellent film that should be seen by everyone who has an appreciation for cinema. Many people don't watch foreign language films, like this one, due to the inclusion of subtitles they have to read. Yet, following what Bong Joon Ho said after winning one of his many Oscars for his film "Parasite" in 2020, people shouldn't let the small subtitles stop them from exploring their cinematic options. And I think that especially rings true in this film, as this can affect and change the viewer's life for the better if they are in the same circumstances as the characters.