"The Power of the Dog" Film Review 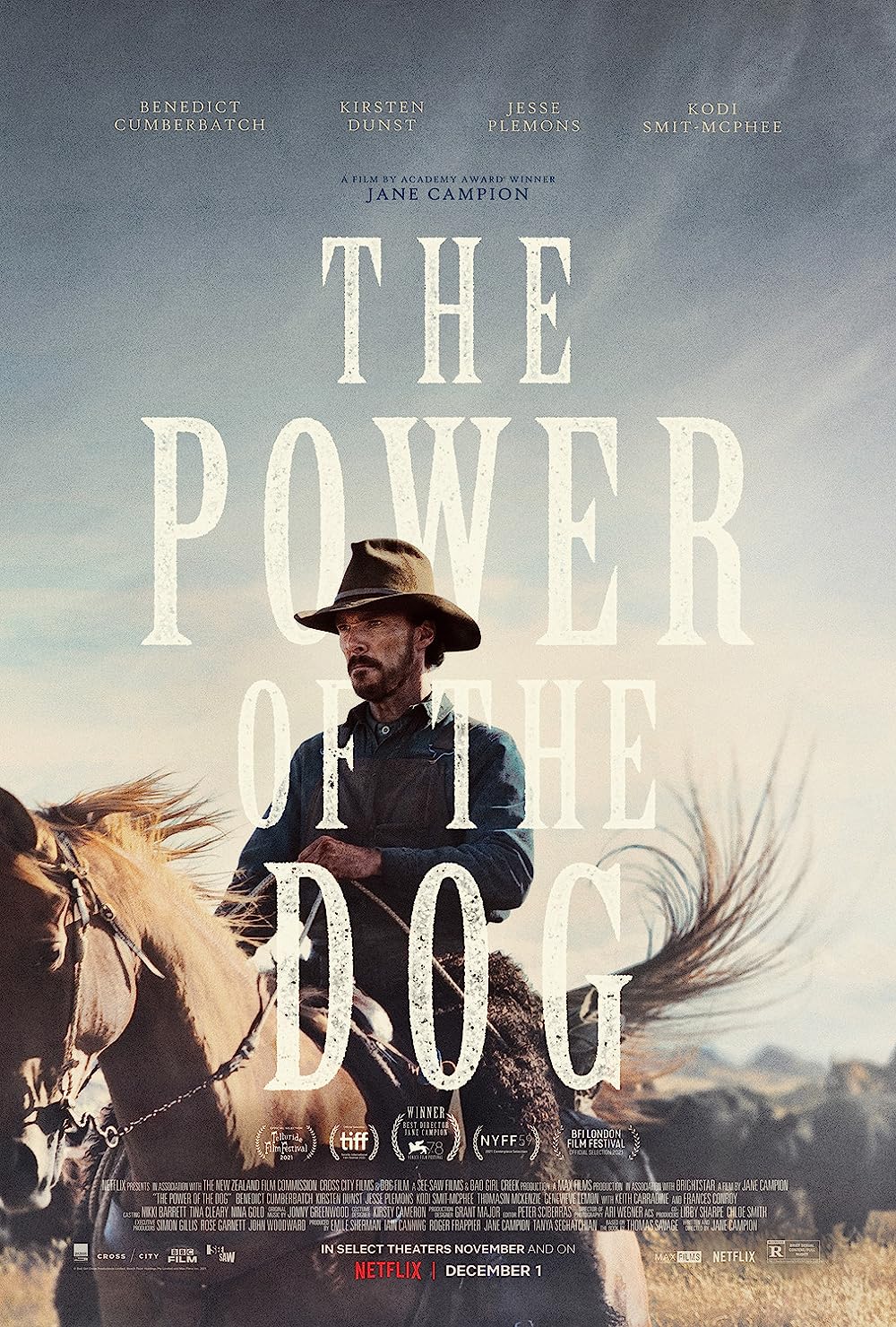 "The Power of the Dog" Film Review

“The Power of the Dog”, Jane Campion’s western epic, definitely changes the game. When one thinks of a western, they may think of manly cowboys, gunfights in corrals, and the hero usually winning the love of the dame. However, Campion totally flips the genre on its head,  presenting a more moody and dark tale about jealousy and lust. Boasting the star power of Benedict Cumberbatch, Jesse Plemmons, Kirsten Dunst, and many more, this beautiful film is able to change the viewer’s perception of the western genre. Even though this film may not be for everyone and contains its fair amount of controversy following recent events, I believe everyone should see this film for what it is - a beautifully moving picture with amazing acting performances being complimented by the stunning cinematography.

The film follows Cumberbatch as a cruel rancher named Phil, who is a very dominating and respected man in his community. People follow what he says, and he revels in the fact that he is feared by everyone who comes his way. Yet when he and his brother, George (Plemmons), encounter a widowed mother, Rose (Dunst) and her teenage son, Peter (Kodi Smit-McPhee), he thinks he can be his usual self and get away with it like always. But when George falls in love and eventually marries Rose,  Phil’s world is turned upside down, believing that she is only with his brother due to his monetary status.

What follows is a tale of jealousy, as Rose wants to be accepted in their household by George’s older brother, while Phil is trying to kick his brother’s new wife out of their lives for good. Things are complicated even further when Peter is invited to the ranch for summer break, causing Phil and his crew to torment the young boy and tease him relentlessly. However, over time, Phil starts to care for the young boy in a more sexual manner, which is hinted at throughout the whole second half of the film. Due to this, Rose feels betrayed, and will stop at nothing to destroy the newfound relationship between her evil brother-in-law and her son.

One of the main aspects that makes this film great are the wonderful acting performances by the four main leads. Cumberbatch is the star of this movie, stealing every scene he is in. He walks around with such an ego and such power that he is intimidating to even the viewer. Yet, at the same time, he has this secret softness about him. It is hinted that he is a closeted homosexual, but it's not confirmed in the movie, yet heavily hinted upon by his sudden liking to Peter.

Dunst gives a fantastic performance right alongside Cumberbatch as well. Her role shows the downfall of her character, going from a contempt widowed mother to an alcoholic because of the actions of one person. She is a tragic hero in a way, and Dunst does a stellar job of portraying that in the film.

The cinematography is absolutely stunning, showcasing the magnificent mountain ranges and the beautiful landscape. Campion decided to shoot the film in her home country of New Zealand, and portray it as rural Montana. I think she made a great decision of shooting in New Zealand as it provides this absolutely gorgeous backdrop for this film; from the mountain ranges to the beautiful water clearing, the setting fits the vibe that this movie is trying to set.

Many have described this plot as slow and boring, but honestly, I think this movie moves at the perfect pace, carefully crafting the characters to tell this story throughout the two and a half hour runtime. It's a slow burn that lasts until the final moments of the film, and the twist at the end makes the entire movie all worthwhile. Not to spoil the ending, but I think Campion is able to give such a great redeeming point to our characters in the film, and is able to make the film come back around full circle.

Overall, I think this is one of the best Western films we have received in a while. Many people will not like it due to the subject matter and the plot being different than a classic western film, but I think the story and the acting are able to perfectly carry this film throughout, under the amazing direction from Campion. I think this is a definite must-see for any film lovers, and I would honestly be shocked if this film did not win Best Picture at the Academy Awards this year.