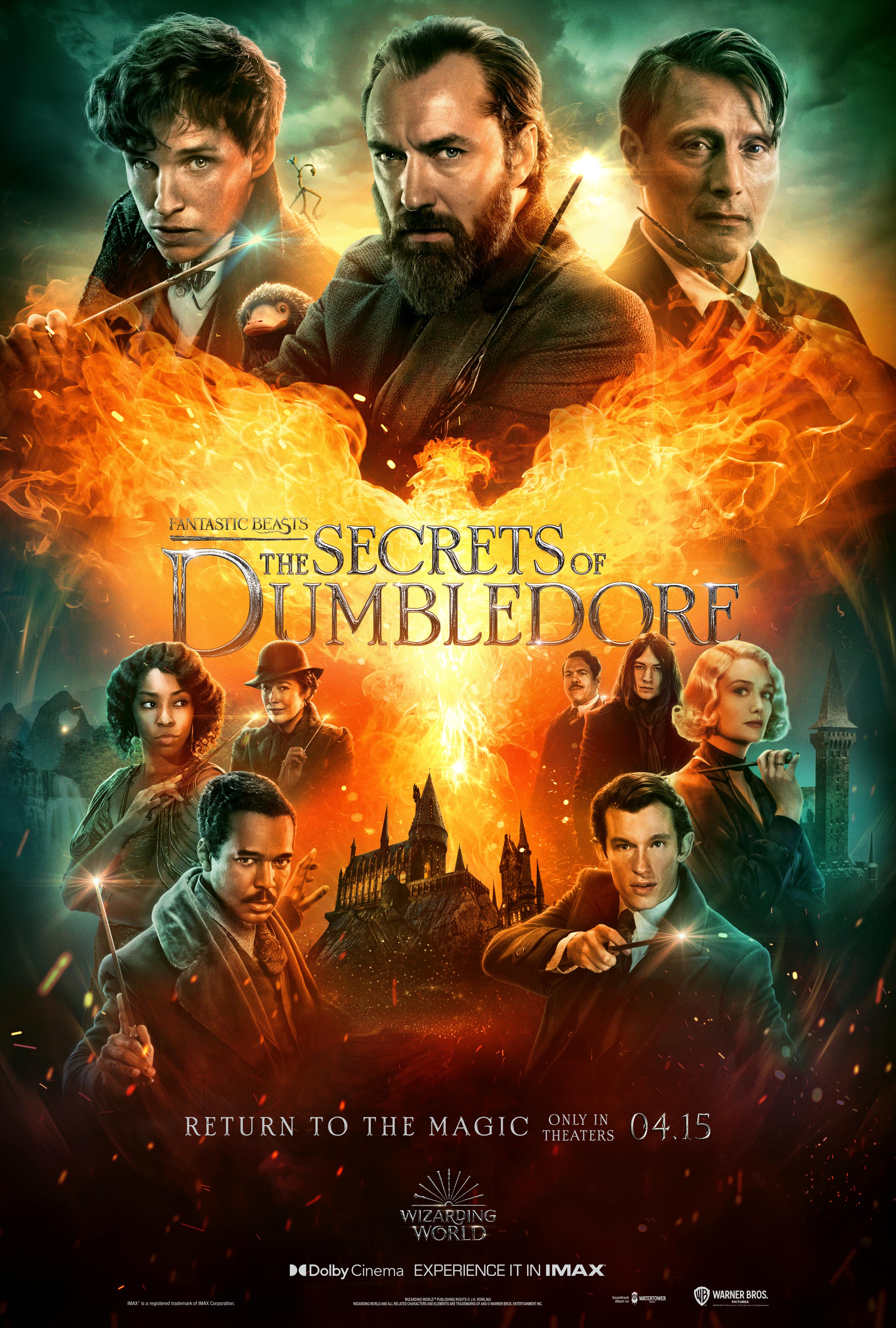 Perhaps the biggest controversy surrounding the newest addition in the Wizarding World, "Fantastic Beasts: The Secrets of Dumbledore" was the firing of Johnny Depp following a lawsuit over an op-ed written by his ex-wife, Amber Heard, for the Washington Post. This prompted Warner Bros. to let go of the world-class actor, and hire Mads Mikkelsen as the evil dark wizard, Gellert Grindelwald. Even without the addition of Depp's terrifying performance, as well as losing a couple of familiar faces from the previous films, this newest addition succeeds at furthering the story of Jude Law's Dumbledore and Grindelwald, correcting the mistakes that the previous film had made.

The movie opens where "The Crimes of Grindelwald" left off, with our characters strewn across the world and on different sides of the fight. After making a blood pact when they were younger, Dumbledore and Grindelwald are unable to fight each other as the blood pact would kill them if they even think about harming the other.

Therefore, Dumbledore recruits Magizoologist Newt Scamander (Eddie Redmayne), and his ragtag team to bring down Grindelwald once and for all. Armed with familiar faces from the previous movies, such as muggle Jacob Kowalski (Dan Fogler), and new characters such as Eulalie Hicks (Jessica Williams), they must do everything in their power to stop Grindelwald from taking over the Wizarding World, which would start a world-ending war between the wizards and the muggles.

The "Fantastic Beasts" films serve as a prequel to the "Harry Potter" series, but contains a much different tone than its successful predecessor. These newer films contain a much darker and adult tone, focusing more on the political side of the Wizarding World. While it is nothing like the "Harry Potter" series, and may not contain the same magical elements as the aforementioned movies, this series is still able to entertain the longtime fans, and bring them back into the magic that was set up over twenty years ago.

The main concern I had with this film going in was the recasting of Grindelwald. I was one of the Depp supporters who vehemently disliked this new casting, and would not even give Mikkelson a chance to prove himself before dismissing this new version of the character. However, I do think he does a pretty good job at portraying the villain in this film. Even though I do think Depp gives a more terrifying and better performance as this character, Mikkelson is able to provide a more sincere and affectionate side of this character, rather than the heartless monster Depp portrayed.

Other than Grindelwald, I think the main actors do a fantastic job of reprising their characters. Redmayne, Law, Fogler, and many more seem to have so much fun making these movies, and are able to create this on-screen chemistry that connects with the audience. I do very much enjoy the comedic scene starring Redmayne, who is trying to make his way out of a makeshift jail inside of a deep, dark cave. He is encountered by these magical crab-looking creatures, who strip the flesh off of any human they encounter. However, since Newt is a Magizoologist, he knows how to counter these creatures, and he does so by doing a crab-like walking, making sure to swing his hips like he reminds his brother, Theseus (Callum Turner), throughout the scene. It serves as a great comedic relief, and is probably my favorite scene in the entire film.

In contrast, I do not enjoy the character of Credence, and I find Ezra Miller very annoying in these films. Whether it is a flaw in the writing or in Miller's acting, or both, this character simply just doesn't work in these films, and just comes off as a whiny and bothersome character. I definitely think this film could have existed without his presence, which the next installment may due to Miller's arrest for assault about a month before this film came out.

This film definitely improves on everything the previous film was trying to do, and is perhaps the best installment of the "Fantastic Beasts" franchise to date. As a longtime fan, I had a lot of fun with this movie, and appreciated everything the filmmakers were going for. Yes, there are certain things I would have changed, such as reinstating Depp back in his role, but I am able to enjoy what the filmmakers were able to give us.