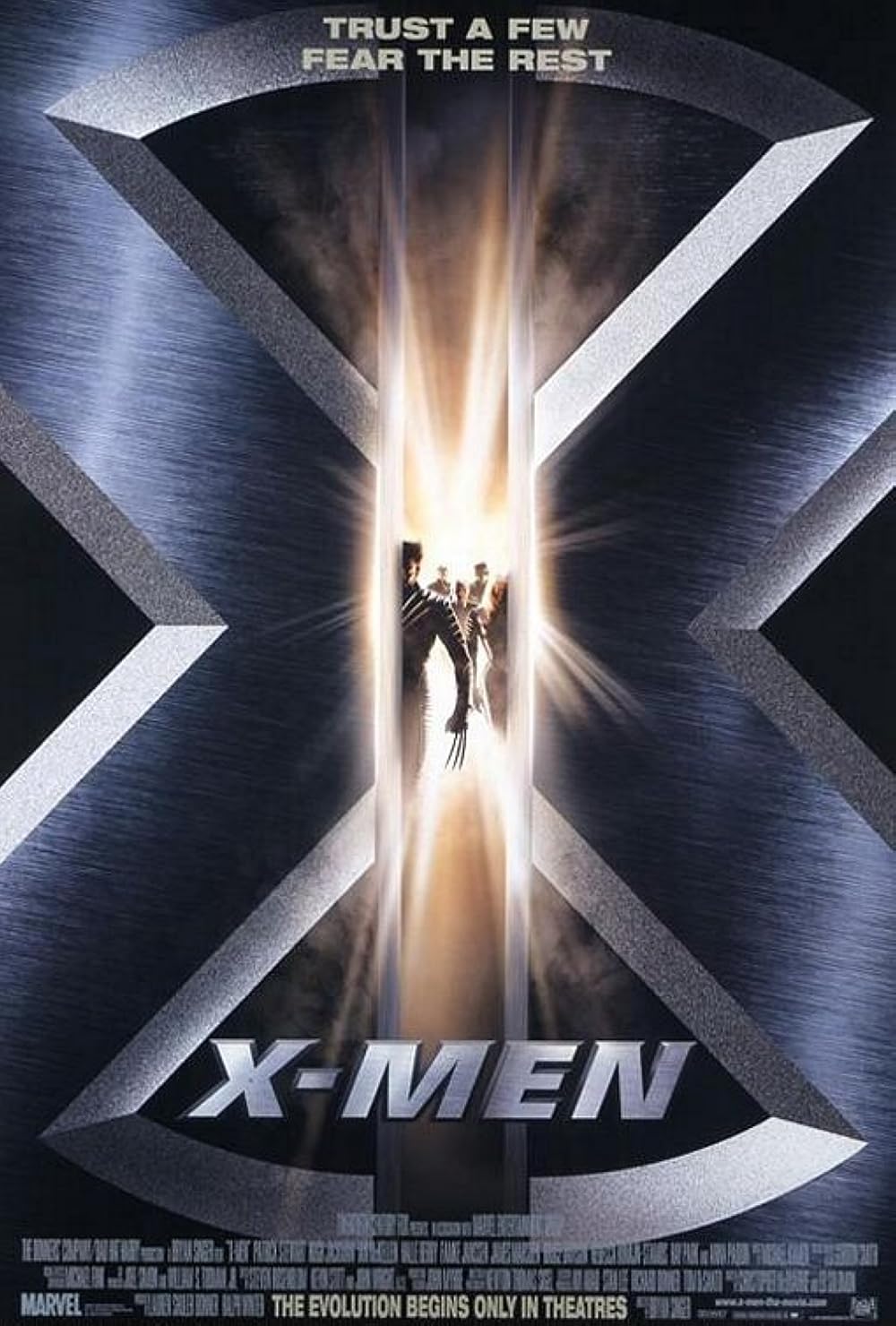 Origin stories are crucial to a superhero film. Not only do they establish the powers of our main hero, but it helps introduce that character to the audience and get them familiar with who they are, both before and after their transformation into the famous character everyone knows and loves. Before the Marvel Cinematic Universe took control of how superhero movies should be made, Bryan Singer took a chance in 2000, creating an origin film based around one of Marvel's most famous superhero franchises - the X-Men. Even though the movie contains some memorable characters and great action sequences, it seems like the film tries too hard in certain places by trying to add as much as they can in a film that is less than two hours.

The X-Men consist of Professor X (Patrick Stewart), Logan/Wolverine (Hugh Jackman), Rogue (Anna Paquin), Storm (Halle Berry), Cyclops (James Marsden), and Jean Grey (Famke Janssen), to name a few. They all reside at Professor X's glorious mansion in New York, which serves as a remote school for those who have special abilities, also known as mutants. As this school is trying to teach the younger mutants how to control their power, there is a radical group of mutants, led by Magneto (Ian McKellen), who wants to destroy the human race for good and help the mutants rise up to power and dominate the world.

This movie gives the start to some of the most famous superheroes ever put on screen, particularly the character of Wolverine. Jackman totally embodies this character, and its hard to imagine anyone else playing the role of this classic character. He has the gruffness and the humor, but there is also a hint of love and caring in his heart, as evident from his interaction with Paquin's character throughout the movie. He wants to do good, and tries, but is ultimately consumed by his hatred for his circumstances and his past that he cannot remember.

At the same time, Stewart, McKellen, Berry, Marsden, and so many more give fantastic performances. They all have their own unique style of character that is different from everyone else. While some superhero films may seem tedious after a while due to the characters all being alike one another, Singer is able to differentiate each of the characters from one another, creating a compelling and entertaining character arc for each of the mutants at both Xavier's school and in Magneto's team.

The movie moves at a very fast pace. This is both a blessing and a curse as it never lags or bores the viewer, but can be hard to catch up if you lag or fall behind in the story. Singer has so much to do in this one film, and is trying to work with what he can in a movie that comes in at a runtime of an hour and forty minutes. Because of that, he is forced to combine so much into one tiny package, which seems both suffocating and confusing at times.

Like mentioned earlier, an origin story is crucial for any kickoff superhero film. This movie does an excellent job setting up the rest of the franchise to follow, as well as many of the characters. However, the filmmakers spend half of the movie setting up all the characters and everything they want. This is not a bad thing per se, but I do think this franchise could have benefited from this first film being split into two to tell the whole story in a much more comfortable way.

Yet, by mentioning that, this is nowhere near a bad film, and it's even better than a good film. Singer is able to transport the viewer into this world of mutants, and almost all of the actors do an incredible job of holding the viewer throughout its entire runtime. The action sequences are great and so much fun to watch, and it's enjoyable to watch these characters set up this new superhero franchise for many to enjoy throughout all of the 21st Century so far.