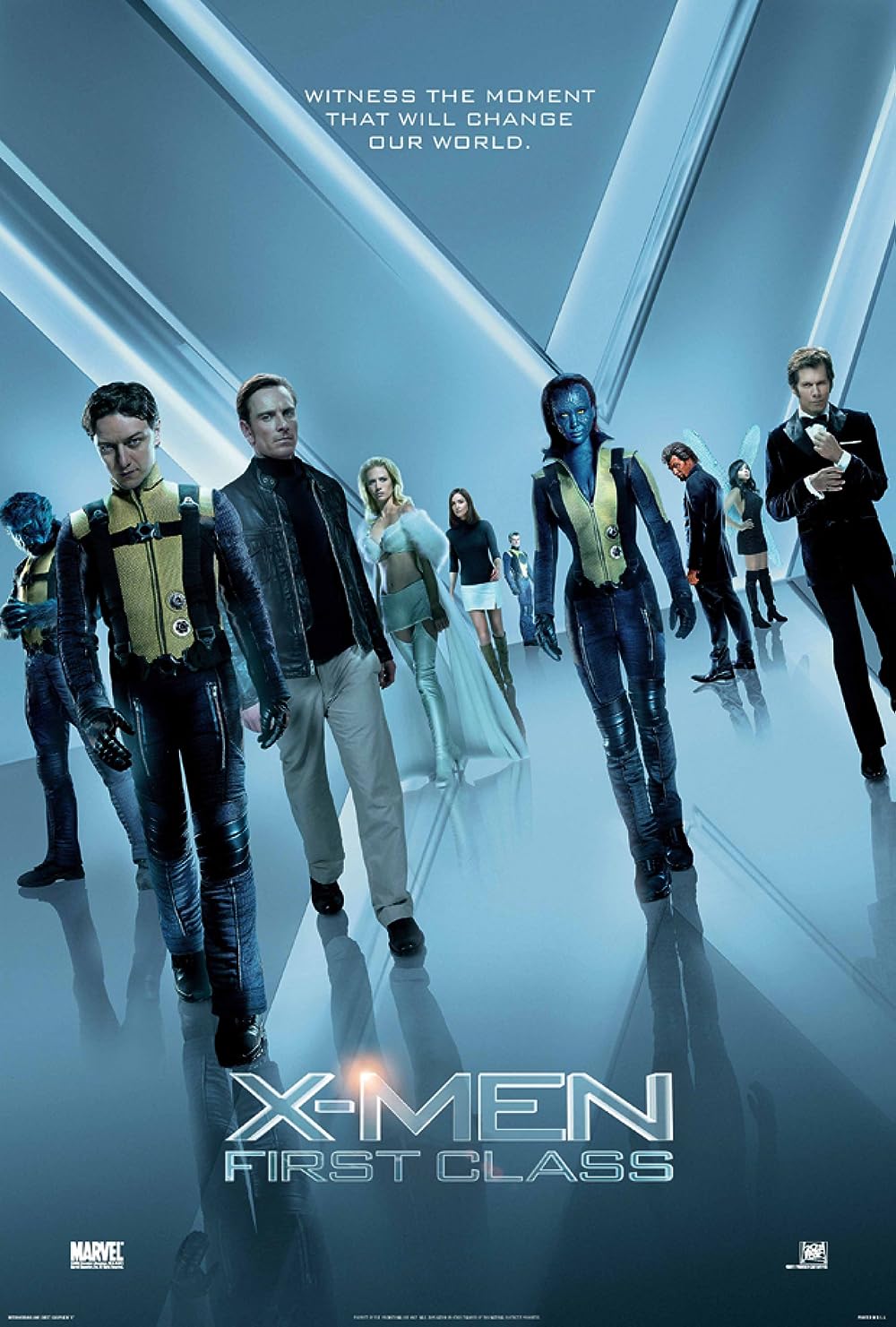 The X-Men franchise started off really strong, releasing two great films to set up the universe and introduce the audience to all of the mutants in the films. However, the filmmakers weren't able to carry that same momentum forward with the conclusion of the trilogy and a film based on Wolverine's (Hugh Jackman) past, which was extremely disappointing and frustrating for longtime fans. In an effort to right their wrongs and try to save this dying franchise at the time, 20th Century Fox decided to reboot the franchise by creating a prequel film to the original trilogy, showing the complex past of Professor X (James McAvoy), Magneto (Michael Fassbender), Mystique (Jennifer Lawrence), and many more. Not only does this film successfully save the franchise as a whole, but it delivers a great superhero film that explores the origins of fan favorite characters from both the X-Men comics and the original trilogy.

Everyone knows Professor X and Magneto have been enemies for a long time. Magneto wants equal rights for the mutants through violence and terror, while Professor X wants to train the young mutants and show them how to control their powers, demonstrating that they are not evil or a threat to society. Yet, when Charles Xavier and Erik Lensherr first met in the early 1960's, they both had the same goal in mind.

When they are trying to bring down an evil mutant named Sebastian Shaw (Kevin Bacon), who is doing everything that Magneto would eventually go on to do in the future, they form a team with the help of secret service agent, Moira MacTaggert (Rose Byrne). The team includes Charles' longtime friend Raven (also known as Mystique), Angel Salvadore (Zoë Kravitz), Hank (Nicholas Hoult), who is able to turn into a monster known as Beast, and many more to fight these evil mutants.

I think the idea they had for this film was a great one, and they were able to execute it perfectly on screen. The casting of these classic characters was spot-on, and it's awesome to see these classic characters as young adults and learning how to control their powers and be the heroes in society. McAvoy and Fassbender have excellent on-screen chemistry together, and it's obvious they both took cues on how to portray these characters from original actors Patrick Stewart and Ian McKellen respectively.

On the same note, I think Lawrence gives a stand-out performance throughout this whole film, and is able to add depth and purpose to the character of Mystique. One of the big problems I had with the original trilogy was that Mystique's character wasn't very prominent or flayed out. Rebecca Romijn had great potential to play an amazing character in the franchise, but they portrayed her as a mere follower who obeys every command Magneto gives her, which is extremely disappointing. However, they have finally given Mystique the character storyline she deserved in this film, which Lawrence was able to perfectly portray.

Bacon is looked over a lot when it comes to this movie, but he is definitely a great villain for this film. He is more suave than he is menacing or scary, which I think works as a more frightening villain for a film like this. He just seems like an everyday rich schmuck that everyone would want to love and follow, when in reality, he has horrible ulterior motives for the rest of the world. Then, combined with the likes of Emma Frost (January Jones) and Azazel (Jason Flemyng), they make a great supervillain team that our heroes have to stop.

The graphics are surprisingly good for this film when looking back on the horrible special effects present in the other X-Men films, most notably "X-Men Origins: Wolverine". One of the greatest uses probably is when Magneto sends a coin through someone's head in slow-motion, watching the coin travel through their head and coming out all bloody. It's hard to watch in a way, even though it's not necessarily very graphic. Then, all of the powers from the different mutants are perfectly captured throughout the movie using the great special effects that were present.