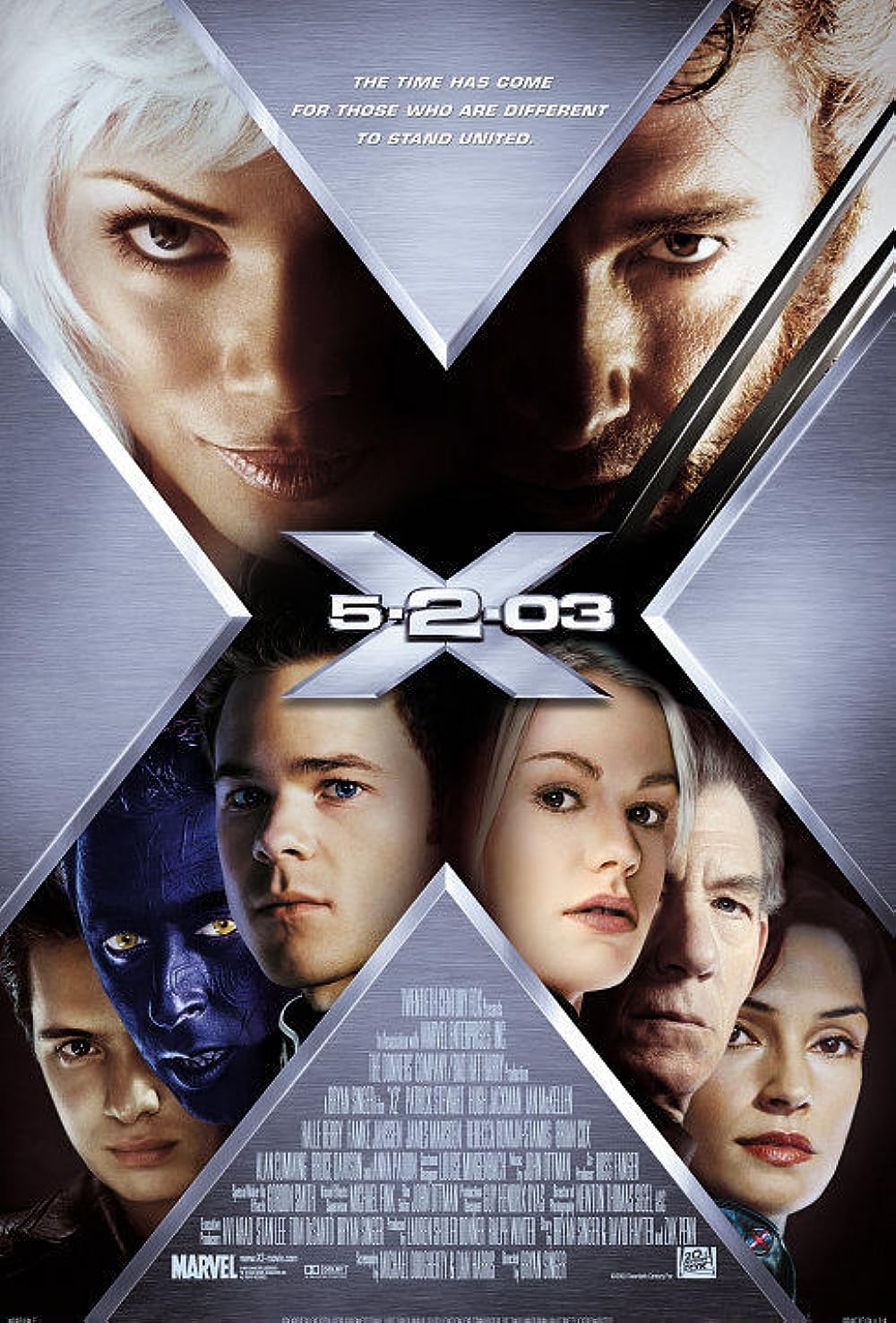 "X2: X-Men United" is one of those rare cases where the sequel is either as good or better than the original. While the first movie was a good superhero film that was able to set up a long-running series, this movie took it up a notch, adding in more mutants and more problems for them to face. Serving as one of the first major superhero team-up films of the modern era, this film had the opportunity to become one of the best superhero movies ever made, standing up to the test of time. Even though this film is very enjoyable as a whole, it serves as more of a mindless superhero film with the problems from the first movie still very present.

A former army general named William Stryker (Brian Cox) holds the key to Logan's (Hugh Jackman) past, as well as the future of the X-Men. Convincing the American government that all mutants are threats, he leads an attack against Professor X (Patrick Stewart) and his school of mutants. Now illegal and on the run, the mutants are forced to team up with the villainous Magneto (Ian McKellen) and his ragtag team of mutants to stop the humans and Stryker from destroying the mutant race for good.

All of the mutants in this film are able to bring back that suave and energetic energy from the first movie. Every single one of these superhumans are so much fun to watch, and they all match the characters they are playing perfectly. Jackman furthers Logan's plotline, cementing him as the leader of this franchise as a whole.

I thought the storyline that consists of the love triangle between Jean, Logan, and Scott Summers (Cyclops) was great. You can tell that both of these men love this woman, and she is conflicted over how she truly feels. She has feelings for Scott still, but she can't deny her love for Logan at the same time. This furthers the plot along, with the storyline coinciding with the main storyline at the same time.

However, speaking of the main storyline, it seems like an interesting plot line to put in right now. I get it, Stryker is a major antagonist in the comic books series, but it's interesting how Bryan Singer would spend the entire first film setting up how evil and cunning Magneto is just to have them team up in the second film. Even though the X-Men would need to band together with other mutants to save their race, it is just odd that they would have these two major enemies team up to destroy the human antagonists rather than finding new mutants to help with the cause.

By saying that however, I think that would make the major problem for this film worse - it is just too convoluted and crowded. This was a major problem with the first installment, and it seems like this film suffers from the same problem. Even though they still had more character development and storylines to develop for the main cast in the first movie, the filmmakers decided to add more mutants into the mix giving them their own complex storylines like there aren't already ten major characters we have to explore as well.

Like mentioned earlier, this movie seems like more of a mindless superhero adventure whose main purpose is to entertain the audience, which it certainly does. On an entertainment factor, the film succeeds on every front, but it loses the intelligence aspect along the way. There are many things that don't make sense, and they want the audience to be shocked during plot twists when the viewer can see them coming a mile away. This isn't much of a problem as the viewer is more focused on the action and the cool powers of the mutants, but when looking back on the film you have just watched, you can see all of these minor details that just clearly don't make any sense whatsoever.

This is undoubtedly a good, mindless superhero film. If you go into that mindset, you're going to have a wonderful time with it. But, if you go in expecting a film that is heavy on plot and strong character development, you're going to be sorely mistaken. One would argue that this film is made simply to entertain fans of the comic book franchise, which I would agree with. So, even though this film suffers from some minor problems they need to fix, can one say that this film didn't do its job spectacularly?