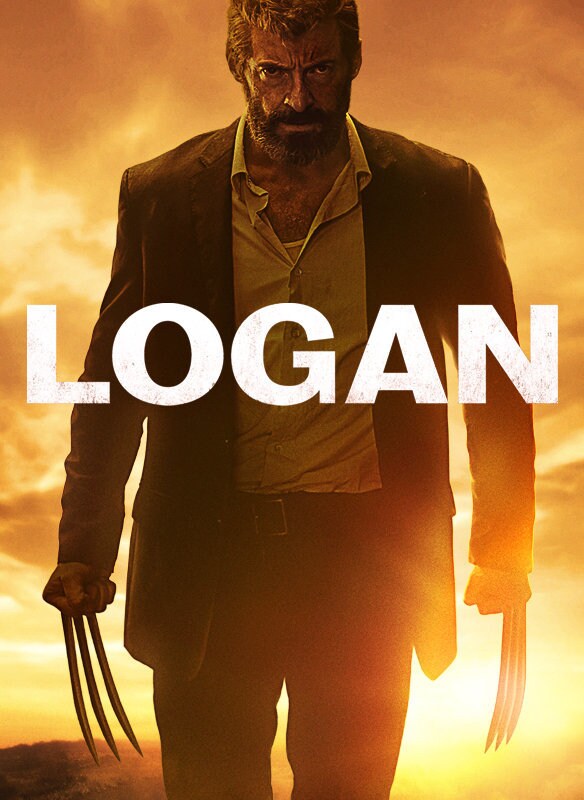 Hugh Jackman's Wolverine is the most famous member of the X-Men from the numerous films that 20th Century Fox has released. He is known for his quick wit, his cool and suave persona, as well as the gnarly fight scenes he has been in when fighting against the people who threaten the X-Men. James Mangold's "Logan", which is the swan song for Jackman's portrayal of this iconic character, is much different than the perceptions of him from the previous films. Presented more as a western rather than a superhero film, Mangold's film about growing old and protecting those you love is not only Jackman's best performance as this character, but is perhaps the best X-Men film ever released.

The last time we saw Wolverine, he was saving mutants all over the world by going back in time to the 1970's and stopping the Sentinels from being created. His story ended with a happy ending, showing how the timeline not only erased the mutant hunting robots, but erased everything that went wrong in the original trilogy.

However, in the conclusion to the Wolverine trilogy, that is not the case for this character anymore. From the opening scenes, it's obvious Logan has become an old, depressed drunk, finding it hard to fight anymore and feeling more pain when his claws come out. The mutants have been wiped out for good, and Logan, Charles Xavier (Patrick Stewart), and a mutant named Caliban (Stephen Merchant) are forced to go into hiding.

What our protagonists don't know is that a company called Transigen is creating mutants to be trained as weapons. One of those mutants is named X-23, or Laura, who possesses the same powers as Wolverine. Now being forced to take care of Laura and the ailing Professor X, Logan must figure out a way to keep them safe, while also grappling with his own personal demons.

The best thing about this film is Jackman's performance. This movie does have a great plot and amazing build-up to the final battle, but it serves more as a character study for his character. This character has been through so much, and the viewer has seen him grow into the character that is present in this movie today. In contrast to Wolverine present in his second film in 2013, this version of Wolverine is tired, worn down, and basically done living this way. Logan's wish throughout these films was to finally die in peace, and it's the most evident in this film.

Even though this character is a much different version of the one we have seen before, Jackman still does an amazing job of playing the more dark and brooding character. It's heartbreaking to look back at how this character was compared to now. You can tell from his performance that Logan has been through so much, and it has broken him down throughout the years. Even though Jackman is in great condition and looks younger than he actually is, this "Old Man Logan" performance is wonderful and ver accurate to who the character is.

At the same time, Stewart does a great job of playing this delusional and near-death version of this classic superhero. In the same light as Wolverine, it's hard to watch this character go through all of this heartbreak and see him like this after all these years and movies that have been released. Also like Jackman, he does a fantastic job of portraying this character that is so old and almost decrepit, even though that is not how the actor is like outside of the role. His on-screen chemistry with Jackman is much different than it was in the previous films, but it is also better than it was when they were at X-Men's mansion.

The storyline has followed Logan throughout his cinematic appearances. From the first film to this one, the storyline of an evil company torturing mutants and making them weapons has been shown in almost every X-Men film. Yet, the plot in this movie seems different and more personal in a way. I think it is due to the fact that innocent kids are being tortured that gives this movie a much darker and more depressing vibe.

I do also think that the fact this movie was rated R and contained strong, graphic violence and strong language was the perfect opportunity to tell this story. Wolverine has always pushed the boundaries of the PG-13 films, so it is satisfying to see Jackman and Mangold has free reign over what is allowed in this film. It is a graphic and adult Wolverine movie that everyone has been waiting for since his first solo film.

I do think this movie gives a great proper send off to the character of Wolverine. From the beginning of the X-Men to now, Logan has been through a lot and come a long way from what he was before he found this team of mutants. Even though it's heartbreaking to see this character like this, and knowing that this actor won't play this iconic character again, I think this was the perfect conclusion to the story, and lets Jackman know that his character was done in the right way for his final time.