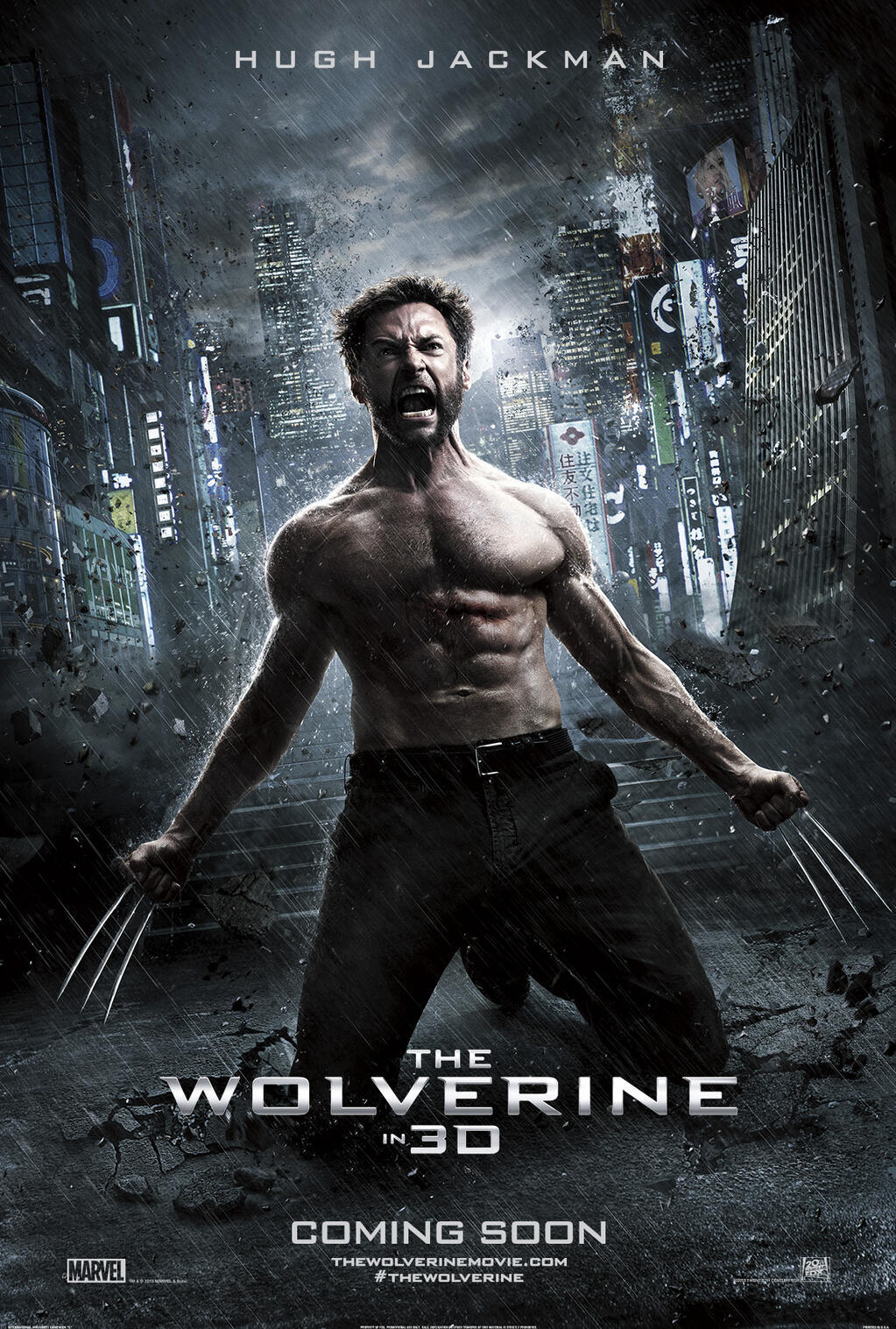 It had been four years since fans last saw Hugh Jackman's Wolverine in action on the big screen, not counting his brief cameo in "X-Men: First Class". After his first solo film, which documented his origin story, bombed at the box office and was hated by both critics and audiences alike, 20th Century Fox decided to put his character on the back burner, waiting for the opportunity to find the right story and director to redeem Logan's story on the big screen. That director was James Mangold, and the story involves Logan going to Japan to face off against the ghosts of his past. While it is not anywhere near a great film, and does contain many flaws, it is a definite step-up from his origin film in 2009.

With Logan still grappling with the death of the woman he loved, Jean Grey (Famke Janssen), he lives off the land in hiding from the group he once called his family. However, when a young woman named Yukio (Rila Fukushima) comes and finds him, she is ordered to bring him to Tokyo to meet a dying old friend named Yashida (Hal Yamanouchi), who he saved during the second World War.

When both Logan and Yashida's daughter, Mariko (Tao Okamoto) are forced to go on the run from samurais and mutants alike, he must grapple with his inner demons to save himself and the girl, while also losing his ability to heal himself that he relied on for so long.

This is definitely one of the most unique superheroes films in terms of setting and fight sequences. As the majority of the film takes place in Japan, there are numerous instances of samurai and ninja fights, combined with the superhero powers of the mutants in the film. It is a refreshing take on the superhero genre to see our main protagonist fight off ninjas that would remind one of the major battles in Bruce Lee films.

The cinematography and the CGI for the fight sequences are incredible throughout this movie, which is a nice and refreshing change compared to some of the other X-Men films. Wolverine's claws actually look very good and realistic, and they change the placement of the claws on his hands to make it seem more scientifically accurate. Wolverine in this movie just seems like a much more bad-ass and better superhero, rather than the cheesy and non-intimidating version we got of him in some of the other X-Men films.

At the same time, Jackman's performance as the most famous X-Men of all time is spot-on and he's perfect in the role. Physically, he is in the best condition he has ever been in while playing this role, which can be seen in the numerous shirtless scenes he is in. It's also refreshing to see him provide much more emotional depth in this film, as he is trying to keep his promise to Jean to not kill anyone while also trying to protect himself and his friend's daughter he promised to protect. It seems like with every new X-Men film we get, Jackman just gets better and better in the role. What I enjoy is that it seems like we are getting closer and closer to a more "Old Man Logan", like present in the comics.

However, there are a lot of negatives about this film that cannot be ignored. Even though this is a good superhero movie, and certainly better than "X-Men Origins: Wolverine", it's hard to ignore the fact that this story just doesn't work sometimes. It seems like the writers get too wrapped up in the story of the Wolverine and the Japanese lore that they lose their pacing and storyline quite a bit. Yet, when they try to get back on track, it seems like a half-hearted and muddled attempt to get themselves to the final battle of the film.

Yet, when we do get to the final battle, it seems like the movie becomes a totally different film. Wolverine is forced to fight this massive robotic creature, rather than the mutants and the ninjas that have been attacking him the entire rest of the movie. It seems like the film is afraid of breaking boundaries, and decides to shift back to a traditional superhero ending, rather than the unique ending this film could have received. In a way, it seems like we totally shift filmmakers for the last thirty minutes of the film.

Overall, even though this movie does have some problems, I think the filmmakers and 20th Century Fox are finally moving in the right direction for Wolverine on the big screen. They are able to create his path out of the X-Men, and I think give a very compelling and intriguing storyline for him to move forward. However, after watching the end-credits scene at the end of this movie, it seems like Wolverine is not finished with Charles Xavier's team just yet.