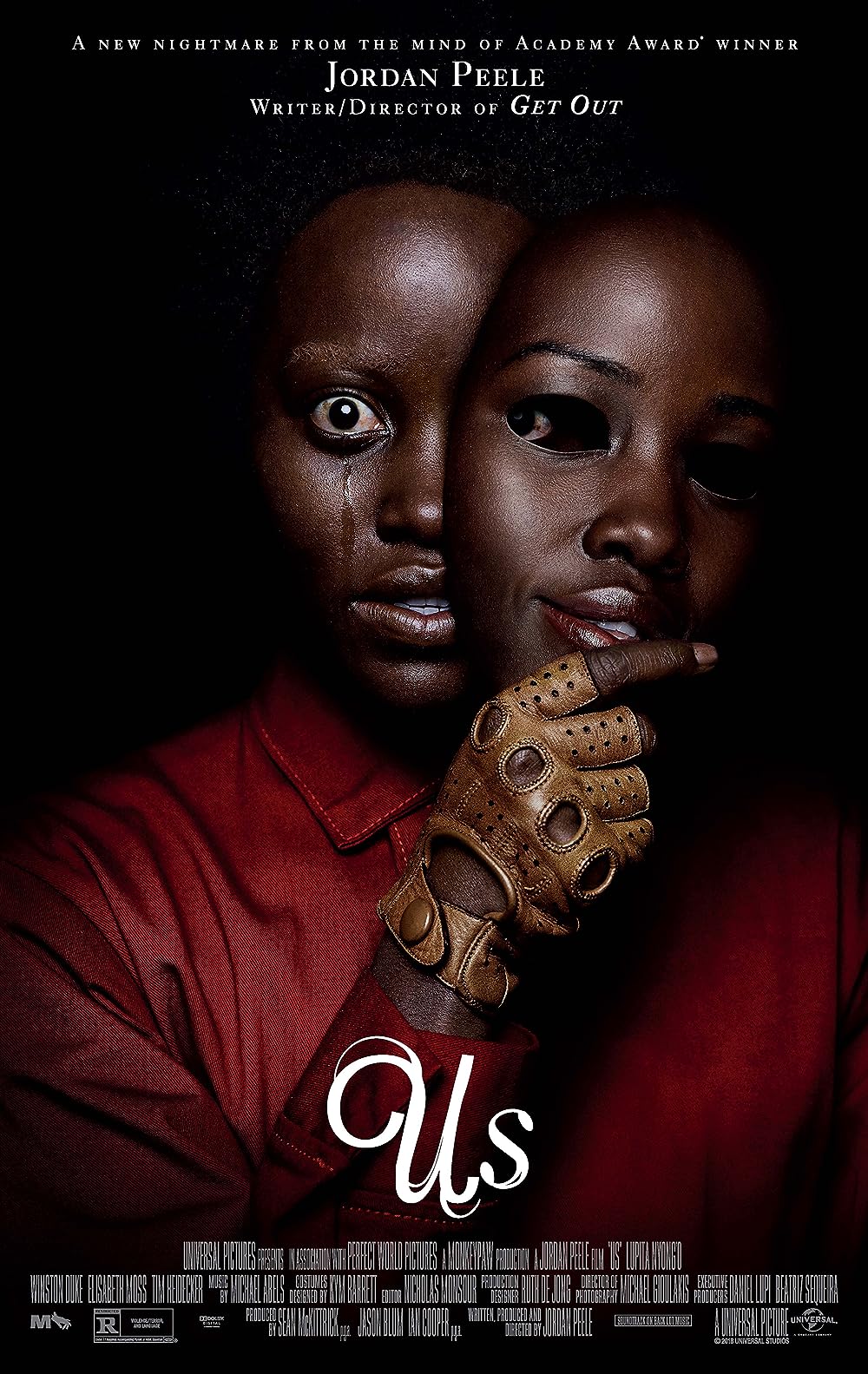 After the success of his directorial debut, "Get Out", Jordan Peele writes and directs the next film in his filmography, "Us", which further distances himself from the comedy persona he was known for on "Key and Peele". Instead of focusing on race and stereotypes that were present in his first film, this movie focuses on an average American family being haunted by evil doppelgängers while on vacation at the beach. What Peele gives the viewers is a delightfully scary film that is perhaps cheapened by the ending.

The family present in the film consists of Adelaide (Lupita Nyong'o) and Gabe Wilson (Winston Duke), who have two children named Zora (Shahadi Wright Joseph) and Jason (Evan Alex). They seem like a typical family who are going on vacation to the beach for the summer. However, Adelaide is terrified of the specific beach they are going to due to a traumatic experience as a kid.

When they return back to the cabin they are staying that, there is a mysterious family waiting for them outside. When they are attacked and the mysterious family barges in their way into their temporary home, they discover that they are doppelgängers of the family, all wearing frightening red jumpsuits. Now, on a run for their life, the family must figure out how to escape their evil twins, as well as trying to stop their master plan of assembling all of the doppelgängers together to take over the whole world.

This film is another great horror story told by Peele. He has a way of directing that can both make the audience laugh and then be terrified a second later. This film is very similar to his first film in terms of tone and atmosphere. Along the lines of subject matter, this movie does hint on some of the aspects of racism in America that "Get Out" explored. The idea of the doppelgängers was genius, and the fact that he can craft this whole story about their creation and motive for their attack on the human world shows just how good of a filmmaker Peele is.

The performances in this film by the main four stars is the standout aspect of this entire movie. All of them are tasked with playing two roles, and then reacting to themselves in different scenes when there is nothing there. Nyong'o perhaps gives the best role in the film by giving a timid and anxious performance as Adelaide, and then counteracting it with a terrifying performance for her evil twin, Red. From the raspy voice to the terrifying way she can make her eyes bulge out of her head (evident in the poster above) is just absolutely horrifying and does a great job of selling the performance to the viewers. Another standout I would mention is Wright Joseph's doppelgänger, who is said to have been born with a giant smile on her face. For the rest of this movie, this character pops up with a gigantic grin, which I would say is one of the most horrifying thing in Peele's films. Something about the unsettling nature of her character sends a chill down the spine of whoever is watching.

The horror aspects this film presents are very well done. In some of the cases, you can predict when the jump scares will occur, but are still disturbed by what is taking place. I think as a whole, this movie concerns itself with being more disturbing and terrifying than relying on jump scares to get the audience. Consider the creepy version of Alex's character, who wears a mask at all times due to his scarred face. He is not necessarily scary in the sense of how other horror villains are scary, but he is more of a terrifying version of a real world character that could actually exist.

This film tells such a compelling and entertaining horror movie, and then is ruined in a way by the ending. I won't give the ending away here, but the plot twist that Peele tries to create just doesn't work. I have seen this film a couple of times now, and I still can't see how the plot twist could work in any sense throughout the film. I understand and appreciate what Peele was trying to go for, but I think he could have either created a much better twist or dropped hints and subtle messages that would help make the twist make much more sense if you go back for a rewatch.

Overall, however, this is still a pretty good film from Peele, and the ending doesn't necessity ruin the experience the viewer went on throughout the film. Yes, it could have used a much better conclusion and send-off for the characters, but we still get a very good ending fight scene before it turns sour. This is definitely a horror film that I believe will age very well, and I'm definitely excited to see what kind of horror creation Peele has up his sleeves next.