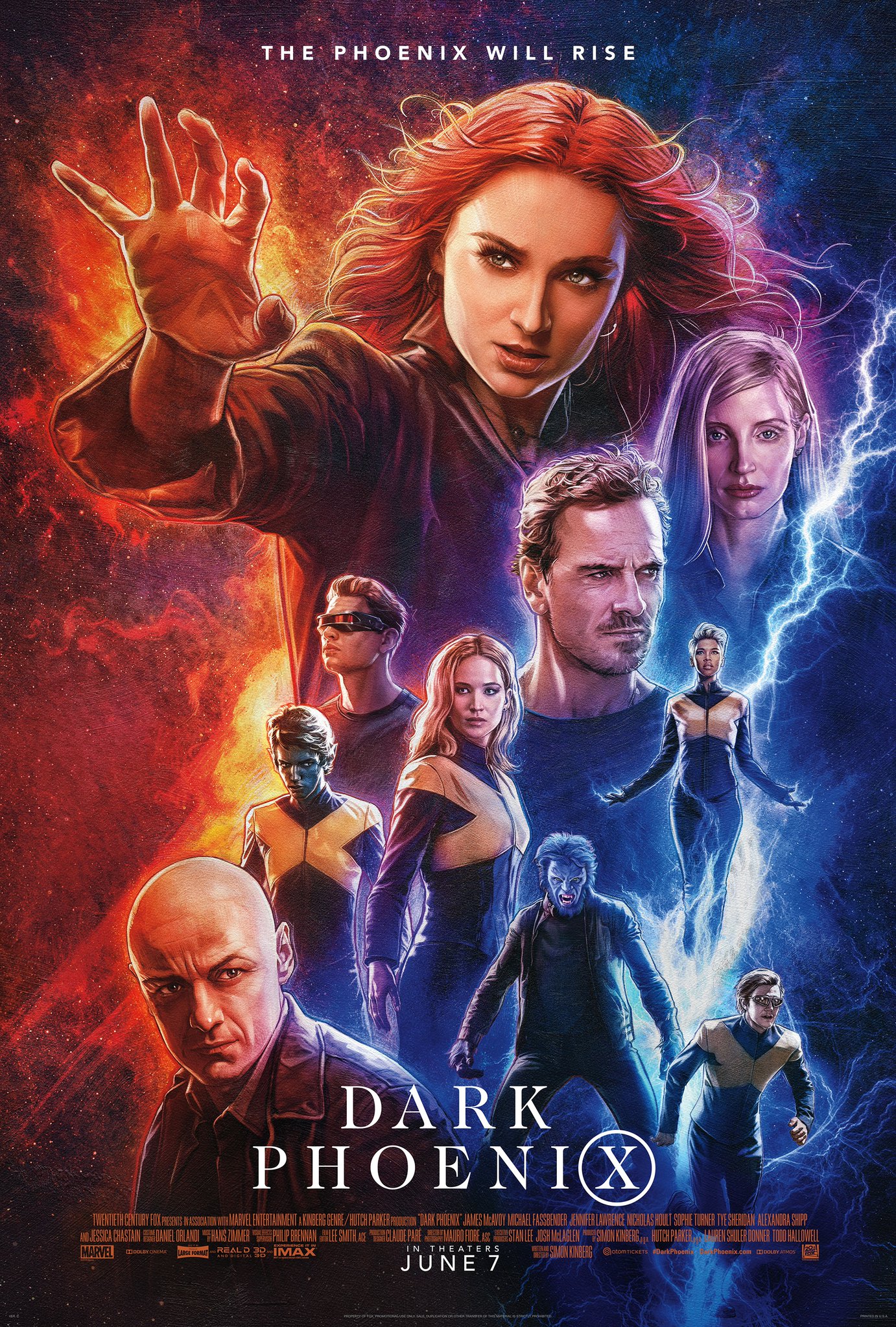 "X-Men: Dark Phoenix" is the final film in the X-Men prequel series, and is definitely the weakest and strangest out of all of them. The plot follows in the footsteps of the third film, which is also considered one of the worst films in the X-Men franchise. This movie just has no sensible plotlines, and fails on every level when concerning the characters and storyline. When making a final film in a long-running series, you would think the filmmakers would want to do everything they can to leave the viewer satisfied with the ending and feel confident at where the characters are at; it is obvious this is not the case for this film, and it seems more like a cash grab than an actual good Marvel superhero film.

Like mentioned above, the plot follows the storyline of the third film, which is heavily focused on Jean Grey's (Sophie Turner) Dark Phoenix storyline. The Dark Phoenix is this dark version of Jean, using her powers for evil to fight and kill the X-Men. They certainly couldn't pull it off in "X-Men: The Last Stand", so it blows my mind as to why the filmmakers would think this is a good idea to go with again.

In all honesty, this is basically just a rehash from the previous film. It doesn't really offer anything new, but rather just tells the same story with the younger versions of these characters in an altered timeline, thanks to "X-Men: Days of Future Past". However, for some odd reason, they decide to add this alien creature who takes over an innocent woman's body (Jessica Chastain), who is the worst X-Men villain we have received in a film so far.

The characters in this movie are just awful. The filmmakers took the mold of these characters, and decide to put their own horrible spin on them. The worst of these is Professor X (James McAvoy). Both McAvoy's and Patrick Stewart's versions of this character are wonderful, and they have cemented their legacy as this character forever. Yet, this version of him is so ugly and horrible and mean and just a very despicable character. There is nothing about this Professor X that is found in previous movies. Instead of having this character who is confident and wants to do everything he can to save all the mutants, we get this crabby, self-centered man who only cares about himself.

Then, at the same time, this movie follows the same mistake as it did in the third movie - killing off major characters early on and for no reason. Mystique (Jennifer Lawrence) is one of the best things about this entire prequel series. So, when she only had one or two scenes and was then killed off in the stupidest way possible was definitely a horrible shock. She had been in all the promos for this film, and the audience going into this film would think she has a major role like in the previous movies. It was definitely a horrible decision, and perhaps ruins the film going forward.

The same could possibly be said about Michael Fassbender's Magneto. He doesn't even appear until an hour into the movie, and this movie is shy of two hours with credits. He seems like a minor character that only makes an appearance to satisfy the fangirls who come and see this film. Even when he does show, his character is so poorly written that you wish Fassbender didn't have any part of this film at all. It's discouraging to see this great actor being subjected to a horrible script and horrible direction from Simon Kinberg.

Then, at the same time, the motives for his character don't make any sense whatsoever. In the past couple of films, he has been so ready to kill Lawrence's character, even shooting her in one of the films. Yet, when he finds out that she has been killed at the hands of Jean, he grows furious and is now planning revenge on Jean for her actions. It is obvious he cares about Mystique, but it makes no sense when he was so ready to kill her in the previous films. It's laughable almost, and paints Magneto as this dumb, jealous character.

The younger mutants, such as Cyclops (Tye Sheridan) and Nightcrawler (Kodi Smit-McPhee) get a lot  more screen time than previous films, but make no real impact on the viewer or the film as a whole. However, Jean is the main character of this movie, trying to create this terrifying character that can show what happens when someone is lied to all of their life. Turner has proved herself to be a great actor in shows like "Game of Thrones", but her performance in this movie is absolutely awful. I'm not sure if she is to blame for this horrible character, but her trying to act intimidating and scary is laughable and ridiculous.

Chastain's character, who tries to persuade Jean to give her all her powers, is an absolutely idiotic and annoying character with no real motive. She is just trying to take over Earth, which is such a generic and boring storyline, which is made worse with no motive behind any of her actions. I guess you can appreciate what Kinberg was trying to go for, but it's hard when the character is so bad like this.

This is definitely the worst entry in the X-Men franchise, leaving a bad taste in the viewer's mouth as this franchise ends. It is extremely disappointing that this franchise wasn't given a proper conclusion, especially for the longtime fans who have been with this series for two decades. Hopefully, now that Disney has bought 20th Century Fox, they can fix the wrongs of the X-Men in the MCU in the near future.