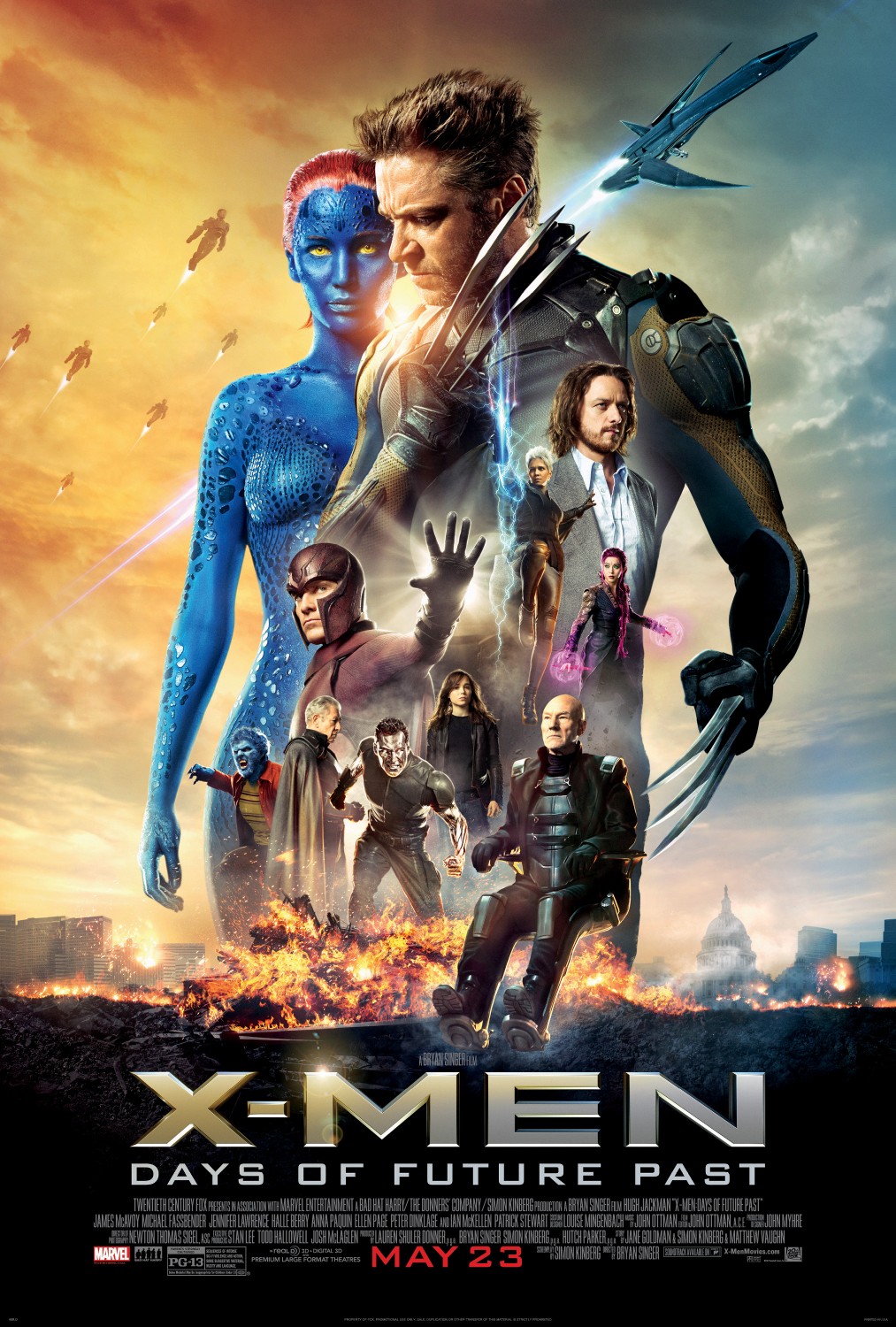 If "The Avengers" was the Marvel Cinematic Universe's huge crossover superhero film, then "X-Men: Days of Future Past" is 20th Century Fox's equivalent. Featuring almost every X-Men from the numerous entries in the X-Men film canon, this movie is jam-packed with nostalgia, great action sequences, a compelling story, actors both young and old, and so much more in this fantastic superhero film that fans have been desperately waiting for.

In the end-credits scene for James Mangold's "The Wolverine", Logan (Hugh Jackman) is confronted by Magneto (Ian McKellen) and Professor X (James Stewart) from the original trilogy. Shocked by the appearance of Stewart in the role due to his death at the hands of Jean Grey in the third film, Logan follows them on their next mission which will change the entire timeline of the X-Men canon.

Now forced to go back in time to 1973, Wolverine must stop an assassination on Dr. Bolivar Trask (Peter Dinklage) at the hands of Mystique (Jennifer Lawrence). Trask, who is against the mutants, is trying to create weapons to attack and destroy the mutants for good. Faced with this impending doom on the mutants in the future, Logan must assemble an ailing, young Professor X (James McAvoy) and the rest of the X-Men to stop the assassination attempt and save the mutant race for years to come.

This film features numerous cameos and nostalgic feelings throughout the whole runtime. It's awesome to see these two different versions of the classic characters come together and interact with one another in some circumstances. Consider the scene where Charles is looking through Logan's head and is able to interact with Stewart's version of the character; it never fails to induce goosebumps.

Jackman is incredible and such a great choice to lead the story further. He interacts with both sets of the cast, and has great chemistry with whoever he encounters. One thing that works greatly for this movie is he is able to interact with the younger actors in the exact same way as he would with the older actors. For example, when he has on-screen time with McAvoy and Nicholas Hoult (who plays Beast), it seems like he is acting the same way he would around Stewart and Kelsey Grammer, respectively. But, on his own, Jackman never fails to be such an energetic and fun character to watch, and shows why he is the most famous X-Men out of the bunch.

The plot is very bold, but is presented so beautifully and easy to digest by director Bryan Singer. This was one of the first Marvel movies to deal with different timelines and time travel, and even though it could get a little confusing if you're not paying attention to every little thing, it does a wonderful job of making a thought-provoking storyline accessible to most viewers. I appreciate the fact that the filmmakers were able to take the risk and tell such a far-out and beautifully crafted story.

Like the couple of X-Men films that came before this, the action sequences and CGI are beautifully done and showcases off many of the mutant's powers. There are two major scenes that come to mind; one being when Magneto is able to lift a huge sports stadium and fly it through the air and crash it down to intimidate the President and the White House staff. It is such a badass scene that really shows what Magneto is capable of, and shows how much of a threat he can be to society since he is against the mutants.

The second scene that comes to mind, which is such a huge fan favorite moment, is when Quicksilver (played excellently by Evan Peters) runs through the Pentagon's kitchen in slow-motion to attack the guards and save the X-Men from the bullets that are being shot at them. Just everything about the sequences is masterfully shot, and the inclusion of Jim Croce's hit song, "Time in a Bottle" compliments the humor of Peters very well. It is honestly one of the best scenes in the film due to the comedic relief and glorious display of the new character.

Years down the line, I think this is one of the few X-Men films that will stand the test of time. In many instances, it is flawless, and contains some of the best portrayals of the famous mutant superhero group that we have seen on film. In terms of the X-Men films that will be coming after this one all these years later, I think it will be very hard to top this one.