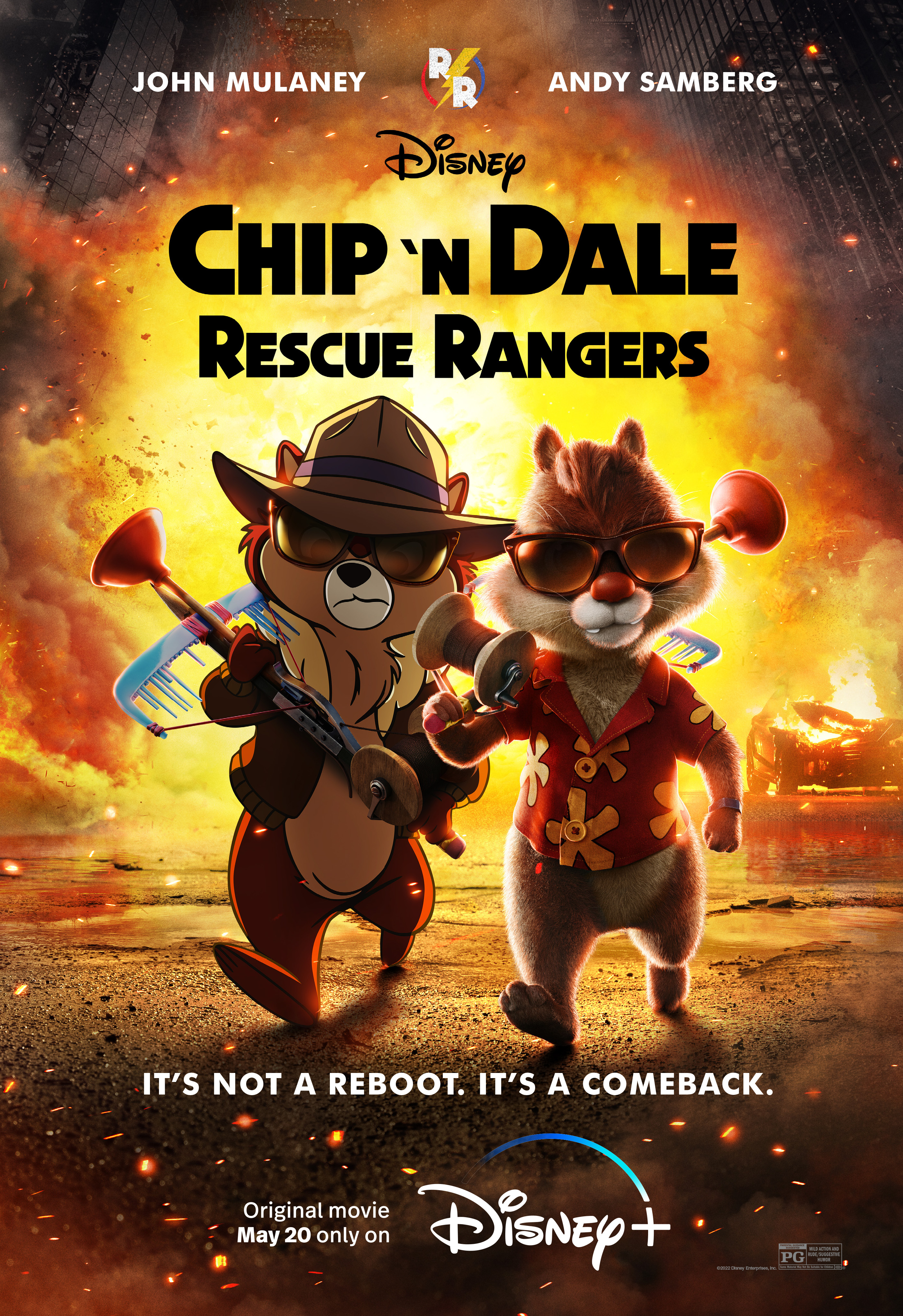 To be completely honest, when the first trailer and promo images for the new film, "Chip 'n Dale: Rescue Rangers" came out, I had serious doubts and thought this movie was going to be a ridiculous attempt to reboot an old franchise. From the fact that Dale is in CGI and Chip isn't to showing Peter Pan as a middle-aged, depressed man, this movie did not seem intriguing or that it would be very good in the slightest. When watching this movie for the first time, I was ready for a terrible movie that both critics and fans alike would absolutely destroy in the days to come. However, this movie surprisingly delivered on everything I wanted, and was a hilarious film that can be considered a modern day version of the 1988 film, "Who Framed Roger Rabbit?"

The movie follows Chip (John Mulaney) and Dale (Andy Samberg), who are two chipmunk best friends  that live in a world inhabited by both humans and cartoon characters (just like how Roger Rabbit's world is). After meeting in school, they find that they are actually very good at entertaining others, prompting them to move to Hollywood and try to get their name out there. From there, they are cast in the show that made these two chipmunks extremely famous, "Chip 'n Dale Rescue Rangers". However, Dale gets a very big head from all of the fame and money, and he decides that he wants to embark on a solo career, that ultimately fails and ruins his relationship with Chip for good.

Years later, their co-star, Monterey Jack (Eric Nana), goes missing, forcing the two little chipmunks to put their past aside and work together to find their missing friend. Their adventure is high-octane, hilarious, and contains many cameos from almost every cartoon known to man that every viewer can enjoy.

To reboot, or make a comeback as the tagline for this film implies, I think the filmmakers did a great job of casting Samberg and Mulaney in these roles. They both embody the personality of the characters they play, and they have excellent chemistry with one another on the screen. Samberg is probably better than Mulaney in this film, and his character is much more lovable and entertaining than Mulaney. However, when the two are together on the screen, they provide a dynamic that makes longtime viewers remember the days of the old Rescue Rangers.

I also thought the plot of this movie was very interesting and a refreshing plot compared to other films of this nature. Even though this movie is PG, I would say it's definitely not a children's movie, similar to how "Roger Rabbit" is. The villains in this movie are in fact low-life scammers, who kidnap cartoon characters and rearrange their shape and personality to sell them to studios to make knockoff Disney films.  This is honestly a hilarious plot line for Disney to explore, and they waste no opportunity to use jokes as social commentary to talk about these studios who rip off their films.

At the same time, I loved the use of different characters from across the history of animation. Present in the film is Ugly Sonic (who is such a great character and a major surprise for the viewer), the Three Little Pigs, Roger Rabbit, Full House, a slew of Seth Rogen characters, and even Randy Marsh from "South Park". It seems like the filmmakers took as many characters from animation history as they could, and put them all in this one film. Even though this may sound like a lot or too cramped for an hour and a half film, this movie actually does all of these cameos perfectly, making the viewer feel overjoyed and surprised to see these characters, rather than annoyed or burnt out.

They even hide in smaller cameos and easter eggs that the viewer would have to pay attention to to understand. Throughout most of the movie, the easter eggs will be in the backgrounds of the scenes, forcing the viewer to try and make out the hidden detail the filmmakers added in that one specific scene. So, not only is this a film that does a great job of telling a very entertaining story, but it also adds these hidden little secrets for film lovers young and old.

Overall, I was very pleasantly surprised on how this film turned out and how much I enjoyed this film. Like mentioned earlier, I was ready to rip this film apart in my review based off what was shown before the film came out. But, this basically shows how you can't judge a book by its cover, and I'm really happy I didn't and gave this film the chance it deserved.