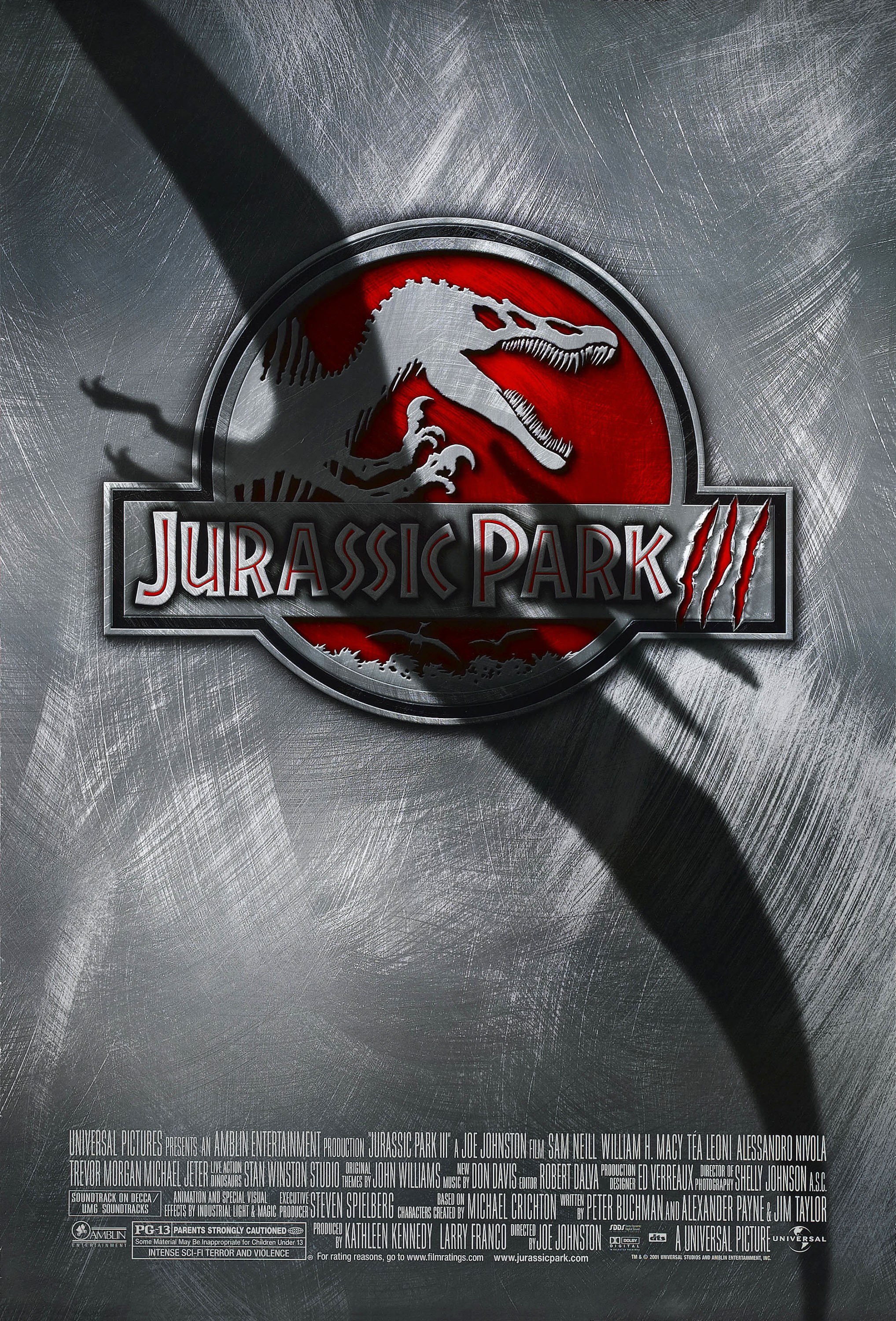 With being the first "Jurassic Park" movie not directed by Steven Spielberg, "Jurassic Park III" had a major point to prove. It had to show how the franchise can continue without Spielberg's direction, as well as finding a way to continue the story on to make another film. Director Joe Johnston, who is known for films such as "Honey, I Shrunk the Kids" and "Jumanji", brings back Sam Neil and Laura Dern from the first film, while also bringing in William H. Macy and Téa Leoni to add to the star power of this third film. Obviously, this film does not live up to the hype of the first one, but I would say it's a better film than the second one, with the characters being more entertaining and the story moving at a quicker and more entertaining pace.

Dr. Alan Grant (Neil) has finally moved on with his life after the events of "Jurassic Park". He is able to cope with what happened to him and his colleagues, and become a happy man; he remains friends with former flame, Ellie Settler (Dern), who is now married and settled down with a child with another man. However, when Grant is approached by a couple (Macy & Leoni), who want him to be their air tour guide around Isla Sorna, which is the second island for the original Jurassic Park theme park, he accepts as they offer a generous donation for his next dig.

What Grant doesn't know is that they don't want him for an island tour. They have ulterior motives in place, which Grant doesn't realize until they have landed on the island and are now trapped with the dinosaurs on the loose around the island. What started out as an easy and quick tour for a lot of money turns into a fight for survival that is perhaps more dangerous and risky than Grant's first experience in the original film.

One thing that I do like a lot about this movie is the fact that Grant's character is the same as it was in the first movie. In a way, I feel like they sort of ruined Ian Malcolm's (Jeff Goldblum) persona and character in "The Lost World: Jurassic Park" by making him the main character that is reminiscent of Grant from the first film. However, in this movie, it shows how the two kids from the first movie had an affect on Grant as a character, and changes his storyline going forward.

I think the addition of the new characters, such as the couple and their young son (Trevor Morgan) were nice additions to this film. I thought they were entertaining and intriguing characters that they sort of built up for this movie. Their storylines were all there, and I think in the time limit they had for this film, they were able to fully flesh out the characters. Of course, they're no where near as good or enjoyable as the characters from the first film, but they are entertaining for a film of this magnitude.

Nothing will ever capture the magic and the horror of the dinosaurs like the first film did in 1993. This film tries, adding in more terrifying creatures and adding darker imagery to the movie, as well as a darker tone. However, it's what we have already seen from the first two movies, with the first movie excelling at everything it tried to do. Of course the dinosaurs and the island look very lifelike and use a perfect blend of FX and CGI, but it fails to capture the magic and terror of Spielberg's masterpiece.

Overall, this is still a pretty entertaining film. It doesn't do much to add massive tension or create something new and magical we haven't already seen before, but it's still a very fun ride to go on for the viewer and leave the viewer feeling satisfied with another "Jurassic Park" film.