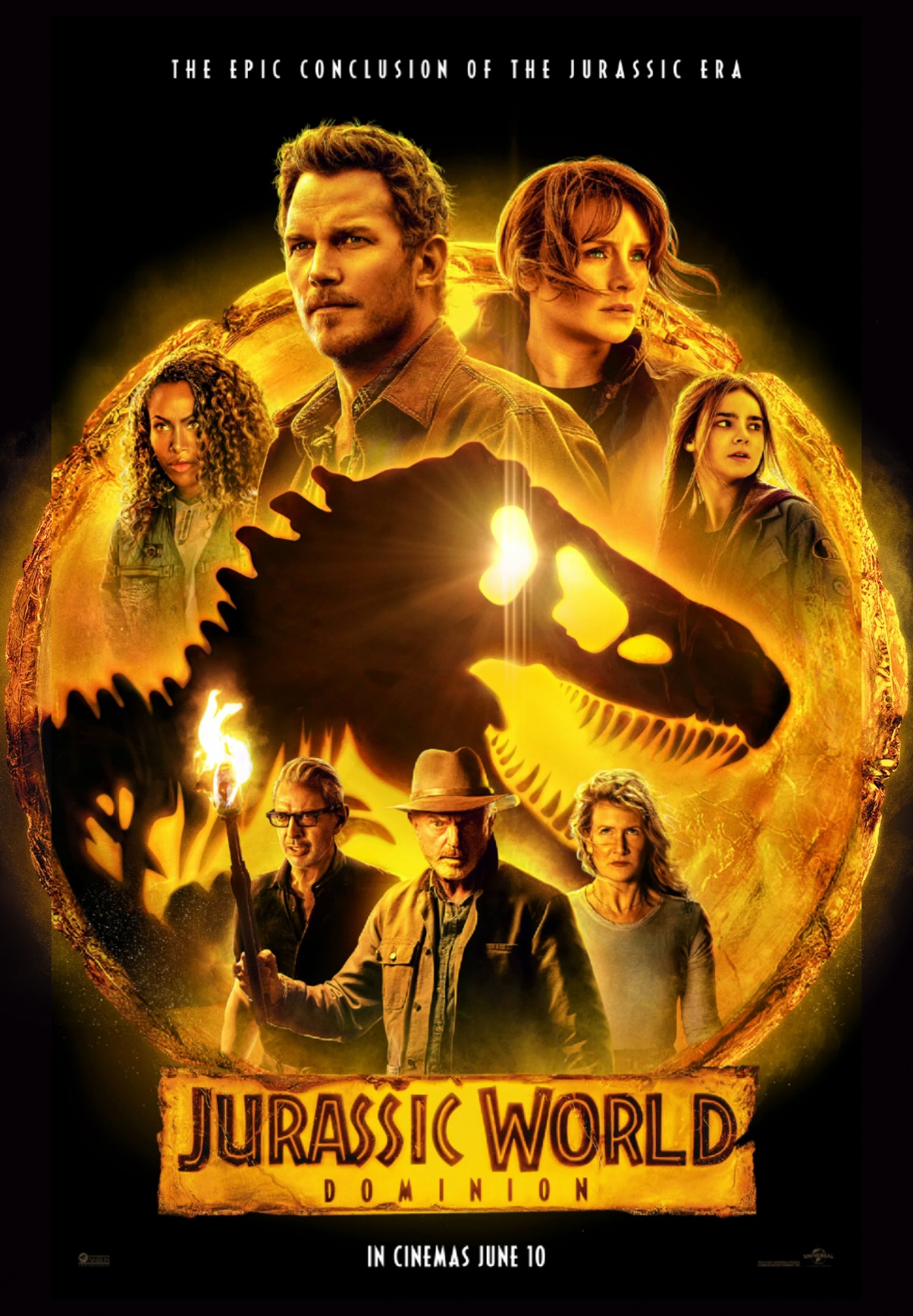 Steven Spielberg, one of the best directors of this time, created a masterpiece in 1993, showing viewers what would happen if dinosaurs existed during the modern times. Still today, that movie is one of the biggest blockbusters of all time, and hailed as one of the greatest thriller movies ever made. From there, it brought Universal a wildly successful franchise, spawning two more films in the original trilogy and even having a reboot series made in this franchise. Now, Jurassic Park fans both young and old have finally received the final installment of the "Jurassic Era", "Jurassic World: Dominion". The movie was hyped up and people expected a lot of great things from it since it will now combine the original cast with the newer characters, but this film fails and disappoints on many levels, leaving the viewer feeling robbed and disappointed with how everything turned out.

The movie opens up years after the events of "Jurassic World: Fallen Kingdom", showing how dinosaurs have practically taken over the world, causing global distress. While many of the characters we have seen in the previous Jurassic World films have settled down and accepted their fate, Claire Dearing (Bryce Dallas Howard) and Owen Grady (Chris Pratt) are still trying to do whatever they can to help the dinosaurs and keep the human race alive.

When major company, Biosyn, decides to create locusts that wipe out all of the crops and basically speeds up human extinction, Ellie Settler (Laura Dern) convinces long-time friend, Alan Grant (Sam Neill) to join her on a mission to bring down Biosyn by exposing their secrets, it causes a chain reaction that brings together the old cast with the new, while also trying to make it out alive in this final installment of the long-running franchise.

This movie has been promoted and advertised so much a few weeks before it came out that it was very hard to not get excited for this film. It looks like it is promising many new dinosaurs and a very dinosaur-centered plot that will take place in the real world. Now, I admit I had my problems with the real world aspects from the second Jurassic World film, but the studio promoted this film in a way that it seems like the filmmakers know what they are doing now and have learned from their previous mistakes.

So, imagine my surprise and disappointed when I connected the dots and realized that the plot really has nothing to do with the dinosaurs present in the world. They decide to focus on locusts and human cloning that they just use the dinosaurs and the Jurassic name as a mere backdrop for the film. When watching any of the movies in this franchise, the dinosaurs are the main antagonists that the viewers are most afraid of. But this film, while the dinosaurs do pose a threat in some major scenes, they seem very unimportant and they put the dinosaurs on the back burner unfortunately.

The characters are a lot of fun like always. The plot unfortunately moves at such a slow pace that it won't let the characters really shine through and make the movie their own. Yet, when we get to the last thirty minutes of the film, the plot picks up and is such a great thirty minutes of cinema. It is so awesome and refreshing to see these classic characters meet the newer characters we have grown to love, and work together to try and figure out how to save the entirety of the human race. Going into this movie, I expected the film to be a lot like the last thirty minutes, and it unfortunately was much worse.

Yet, when we get these dinosaurs and the amazing scenes involving them, it is such a joy and a lot of fun to watch. The dinosaurs are amazing and look better than ever. We don't see them much throughout the movie, but when we do, we pray that the scene would never end and that they would do more to add more of the ferocious dinosaurs that the viewers have come to see.

It is very disappointing that this is the last film of the Jurassic Park franchise. The first movie, and many of its sequels, have been major successes that have had fans flocking to the theaters every time a new installment of this franchise roared into theaters. But with this one, it just feels like a cheap gimmick to make more money on this franchise before it sizzles out. Not only does this leave a sour taste with the viewer, but makes them accept that this is the finale we got for this long-running series.