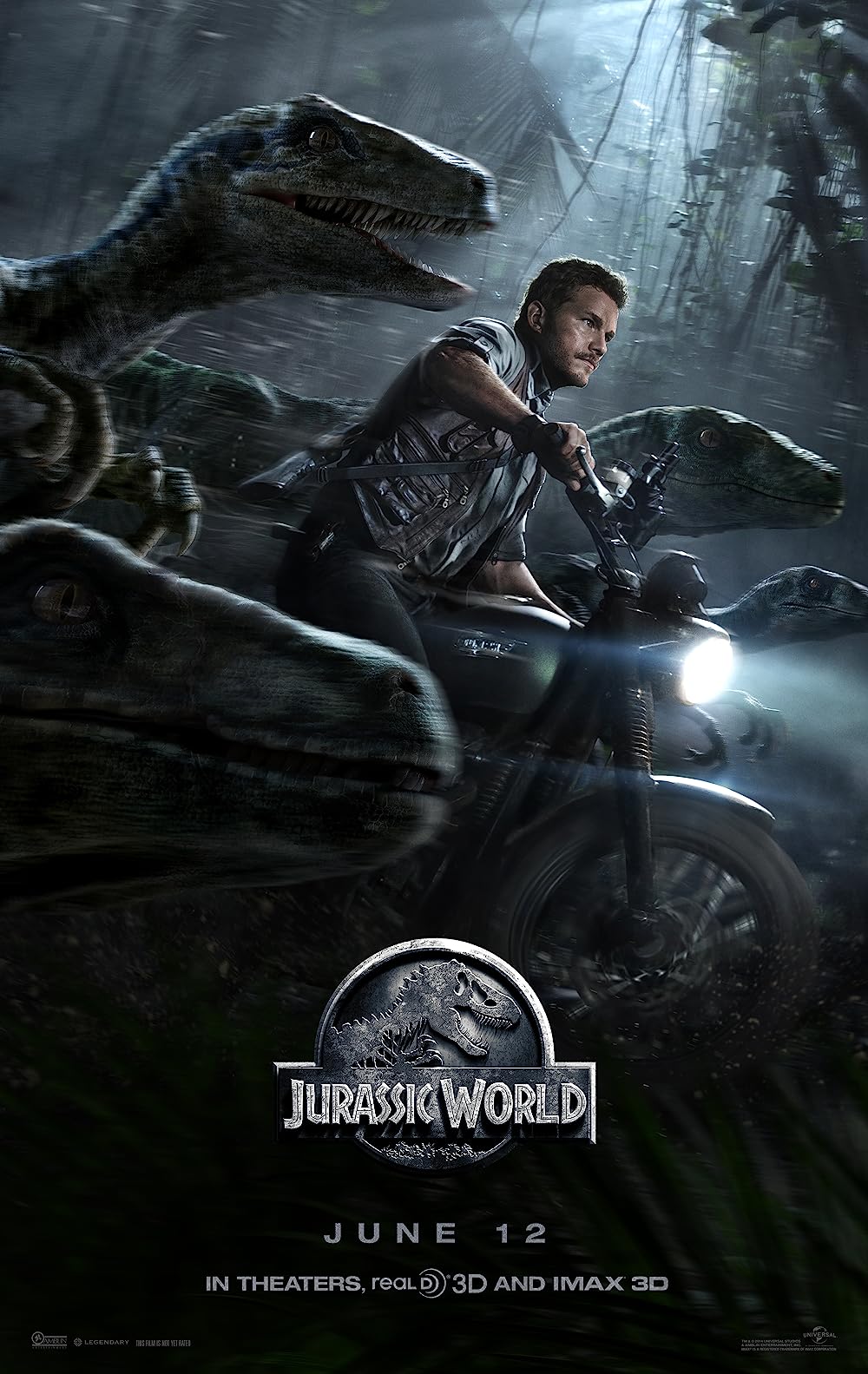 In today's world, movie studios do all they can to try and reboot classic franchises for the modern audiences. Whether it is a remake of the first film, or a long-awaited sequel, studios usually face massive criticism and backlash after these new films are released, showing that studios need to stop trying to recreate films from long ago. However, some studios achieve major success from these reboots, and they actually deliver shockingly good films that are able to pick the franchise back up and keep it going for years to come. "Jurassic World", which is Universal's attempt to reboot the "Jurassic Park" franchise, falls in the latter category, presenting a great film that builds upon the lore from the previous trilogy.

As everyone knows, Jurassic Park was a major failure. The dinosaurs were able to escape their habitats, causing mayhem and catastrophe for the the scientists that John Hammond invited to impress. With it being shut down, and other islands known for having dinosaurs inhabiting the land, it was only a matter of time until someone has the bright idea to try and recreate what Hammond did over twenty years prior.

That person was Simon Masrani (Irrfan Khan), who opens up Jurassic World, a futuristic and advanced theme park that was able to take Hammond's original mission and expand on it. They are able to create dinosaurs nobody has ever seen before, and create interactive attractions that everyone would enjoy and keep coming back for. So, when him and the operations manager of the park, Claire Dearing (Bryce Dallas Howard), decide to create and breed a whole new species of dinosaur named the Indominus Rex, they think that ticket sales will boom and the park will be the most successful and most famous place in the world.

However, what they don't realize is how dangerous this dinosaur will be to society and the visitors of the park. When the Indominus escapes from captivity, it wreaks havoc on the park, killing many of the visitors and destroying the Park in the process. With help from former Navy veteran and ethologist Owen Grady (Chris Pratt), Claire and her team must now figure out how to destroy the Indominus, as well as getting out of the park alive.

I would say this movie is the embodiment of what would have happened if Hammond's park didn't fail on its preview. The viewer finally gets to see the park up and running, with guests interacting with the various species of dinosaurs around the Park. It is a breath of fresh air, in a way, to see these dinosaurs as harmless to the crowds of people, and to see Hammond's dream finally realized.

I also definitely think this film got as close as possible to capturing the magic from the first movie. Viewers complained that we don't see the T-Rex until over halfway in the first film, so the writers of the second and third film decided to pack in as many dinosaurs as possible after the credits roll. While we do see a lot of the dinosaurs around the park, the filmmakers decide to wait off on seeing the Indominus in all of its glory until around the halfway point of the film. We see snippets of her and the destruction she caused, but I think in a way, this makes it much more terrifying and mysterious than when we see her in all her glory. You can definitely see the influence from Spielberg on this movie, and it benefitted greatly from that.

The characters are also a lot of fun and add a fresh new take on this series. Pratt is as fun and lovable as the other characters he has portrayed throughout his filmography, and he is definitely the best character in this movie. Dallas Howard's character, on the other hand, is more reminiscent of Alan Grant from the first film. She is up-tight, not fun, and tries to be a control freak over everything she does. Putting the two characters together really changes the characters throughout the movie, and the growth from the beginning to the end is obvious and fleshed out greatly.

To be completely honest, I think this is the best Jurassic Park movie we have received since the first one came out in 1993. It's a little shocking that Universal would decide to try and reboot this franchise since nothing can touch the original film from Spielberg, but I'm pleasantly surprised by the way they were able to craft a very good movie that any fan from the franchise can enjoy. It may not be as good or capture the magic of the original, but Universal did a very good job of transporting the viewers back into the world of horror and terror caused by the great dinosaurs.