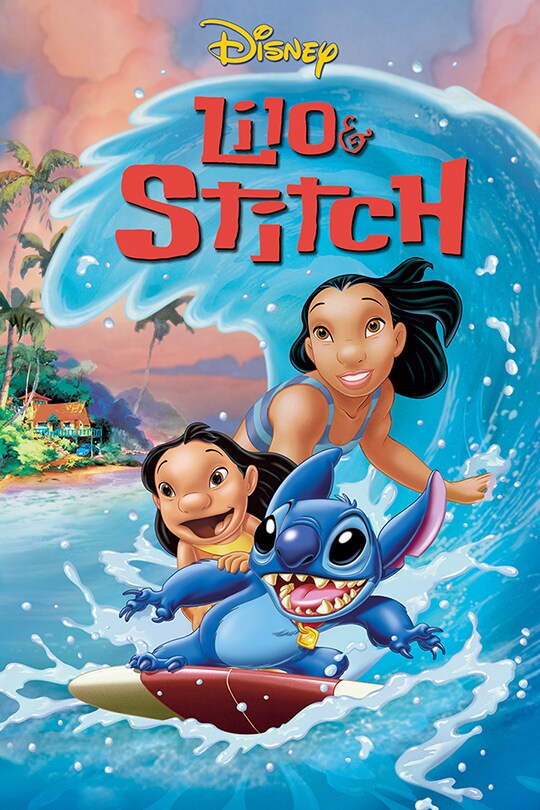 Who would've thought a movie about a little Elvis-obsessed Hawaiian girl with her alien dog would be such a hit among audiences around the world? Well, here we are 20 years later, and "Lilo & Stitch" is one of Disney's most popular and cutest films to date. With a very easy plot and amazing characters that are hilarious throughout this movie, this is easily one of Disney's most re-watchable and enjoyable films in their entire film catalog.

The movie revolves around Lilo (Daveigh Chase, who is known for playing the terrifying Samara in Gore Verbinski's "The Ring"), who is a little Hawaiian girl who has a hard time fitting in with the other girls her age. She is mature for her age, and would be considered an older spirit. So, when social worker Cobra Bubbles (Ving Rhames) comes to visit their house and judge Lilo's sister, Nani (Tia Carrere) on her caretaking skills after the death of their parents, Lilo certainly doesn't make it easy on them.

At the same time, there is an extraterrestrial space agency that is investigating the creation of a new little creature that is named "Experiment 626" (played by director Chris Sanders), created by an alien scientist named Jumba (David Ogden Stiers). When 626 escapes the prison he is held in on the mothership, he crash lands on Earth, where he is then ran over by a truck and sent to a dog shelter.

That is how our two main characters meet. Nani think it's a good idea to give Lilo a companion, so she lets Lilo adopt a dog of her choice. And with Lilo being how she is, everyone knows she's going to adopt the little blue dog that can talk. Naming him Stitch, Lilo and her new dog decide to embark on an adventure to find Stitch's place in life, as well as uniting their family and attempting to convince Mr. Bubbles that they are a sustainable family. However, what everyone on Earth doesn't know is that the United Galactic Federation has sent Jumba and scientist Pleakley (Kevin McDonald) to capture 626 and bring him back to the extraterrestrial to imprison and destroy him.

Writers and directors, Sanders and Dean DeBlois, do an amazing job of crafting this fun family film that anyone of any age can enjoy. It has a very straightforward and easy to follow plot, and doesn't attempt to try and reinvent the wheel or do any remarkable feats. What they deliver is an amazingly funny and heartfelt film that has stood the test of time, and has possibly become one of Disney's biggest films due to is massive cult status.

The main characters of Lilo and Stitch are a ton of fun and are able to lead the movie through the entire runtime. We have Lilo, who is bonkers, funny, energetic, and so much more wrapped into one. She is just this little girl who is trying to navigate life without her parents and her lack of friends. Then we have Stitch, who was a reckless and crazy alien that was unsure of what his purpose is in life. When he meets Lilo, he turns everyone's life upside down, but eventually learns how to act on Earth and in social settings.

But, the thing about these two characters is that they are two very alone characters who just want to be loved and accepted in society. Both feel like they don't belong in their own social groups, as well as feeling incredibly outcasted by everyone they know. Consider the scene where Stitch explores the story of the Ugly Duckling, which he relates to himself throughout the whole movie. It's not until the end of the film that both of these characters realize they are loved by the people who accept them, and that's all that matters.

There are definitely some hilarious parts in this film, such as the montage of Lilo trying to get Stitch to interact with other people and fit in with society. The film just keeps topping itself through every scene, and there are also beautiful heartfelt scenes that balance out the comedy throughout this movie. The filmmakers take such care in crafting the plot and story, which the viewer can see through every moment present in this film.

Anywhere you go at the Disney theme parks or in a Disney setting, it's about 100% certain that you will see something related to this amazing Disney film. In an age where Disney films like "Frozen" and "Soul" rule the Disney-verse, it is almost impossible that this film will be stampeded by these films. I'm certain that "Lilo & Stitch" will still be around and relevant many years from now.