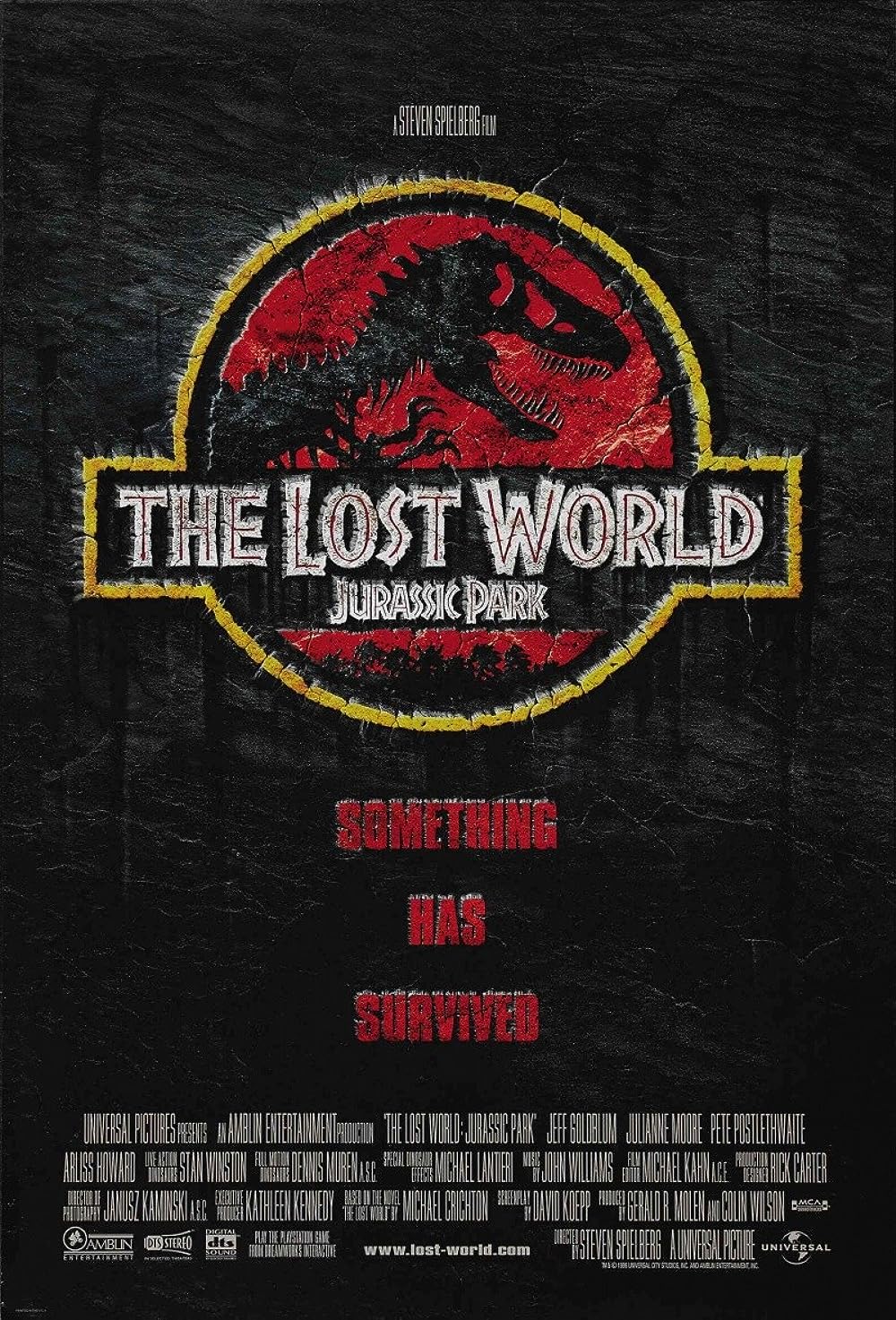 Steven Spielberg's 1993 film, "Jurassic Park" is perhaps one of the best science-fiction blockbusters ever released. With lovable characters and beautiful imagery of dinosaurs attacking humans, the film has stood the test of time by proving to be one of the most celebrated and memorable movies of all time. However, when Spielberg tries to adapt Michael Crichton's second "Jurassic Park" novel, "The Lost World", it lacks almost everything that was made great by the original film, saved only by the dinosaurs in this film.

John Hammond (Richard Attenborough), who is the billionaire that created Jurassic Park and brought back the many species of dinosaurs, is now bed-ridden, with his nephew taking over InGen as its new Chief Executive Officer. Worried that his nephew will ruin everything he started, Hammond summons Ian Malcolm (Jeff Goldblum), who was one of the experts on the failed journey around Jurassic Park in the first film. He informs Malcolm that there is a second island not far from Isla Nubar (where the theme park resides) that served as a testing and creation site for the theme park. He didn't want any human interaction to affect these animals before they are brought into the park, but he wants Malcolm to be a part of a research team to study these dinosaurs.

Malcolm refuses the offer at first, not wanting to ever have to deal with these terrifying creatures ever again. But he is convinced by Hammond when he finds out his former girlfriend, Sarah Harding (Julianne Moore), has been sent to the island already. When arriving on the island, he meets the other members of his research team, including Nick Van Owen (Vince Vaughn). What should have been an easy research mission turns into a disaster, similar to the disaster and terror that was found in the first film.

Spielberg's movies are known for their great, intriguing characters and the comedic relief they provide through disaster movies like these. However, none of those characters are present in this film. He takes Goldblum's character, who is undoubtedly one of the best and most iconic characters in the franchise, and turns him into a nervous, straightforward, and annoying character. Goldblum isn't at fault for this, but rather the writing does his character dirty. For some reason, the screenwriters felt they had to change this character from a fun and goofy guy to a pissed-off character that is not really fun to watch.

At the same time, Moore and Vaughn, who are both great actors from the many movies they have been in, cannot save this movie at all. They fall under the same category as Malcolm does in this film, and their characters are just annoying after a while. There's a difference between cheap characters in a blockbuster, and characters who have tons of story but told horribly. I would have rather preferred the cheap characters over the characters we got in this film.

I think this was the major flaw with the entire movie. If the audience is expecting something great, which I'm sure everyone was when going into this film, then they're going to be extremely disappointed about the outcome of this film. It's hard to keep the plot moving along when the audience is not intrigued by the characters or what is going on. Not only is Spielberg trying to make a great blockbuster in this movie, but he's also trying to create a good sequel to an amazing film that blew everyone away.

However, the dinosaurs and some of the action sequences are great in this film, and this is definitely something this movie did right. The dinosaurs look like they did in the first movie, and still contain that scare factor like the first one. One standout scene is the beginning of this film, where a young girl is attempting to feed a tiny dinosaur she finds on the island her and her parents are vacationing on. What happens is that all of these little dinosaurs start circling the girl, trying to nip and bite her. She then screams off-camera, prompting her mother to run towards her and scream when she sees what is going on. The viewer doesn't see what happened to the little girl, nor do we know if she survived or not at that moment, and I think that makes it worse not knowing what happened. It forces the viewer to use their imagination to put together the pieces and create a haunting image in their head of what happened to that sweet little girl.

I do appreciate what Spielberg tried to do here. He tried to create a film that will blow the first one out of the water, but failed miserably in that aspect. This is not a terrible film, but rather one that does not meet the audience's expectations and tries too hard to make a fun and terrifying film. If Spielberg and the other filmmakers had taken their time with this one and tried to craft a film over time that could match the success and the genius of the first movie, I think this could have been a much different, and therefore much better, film than what we received.