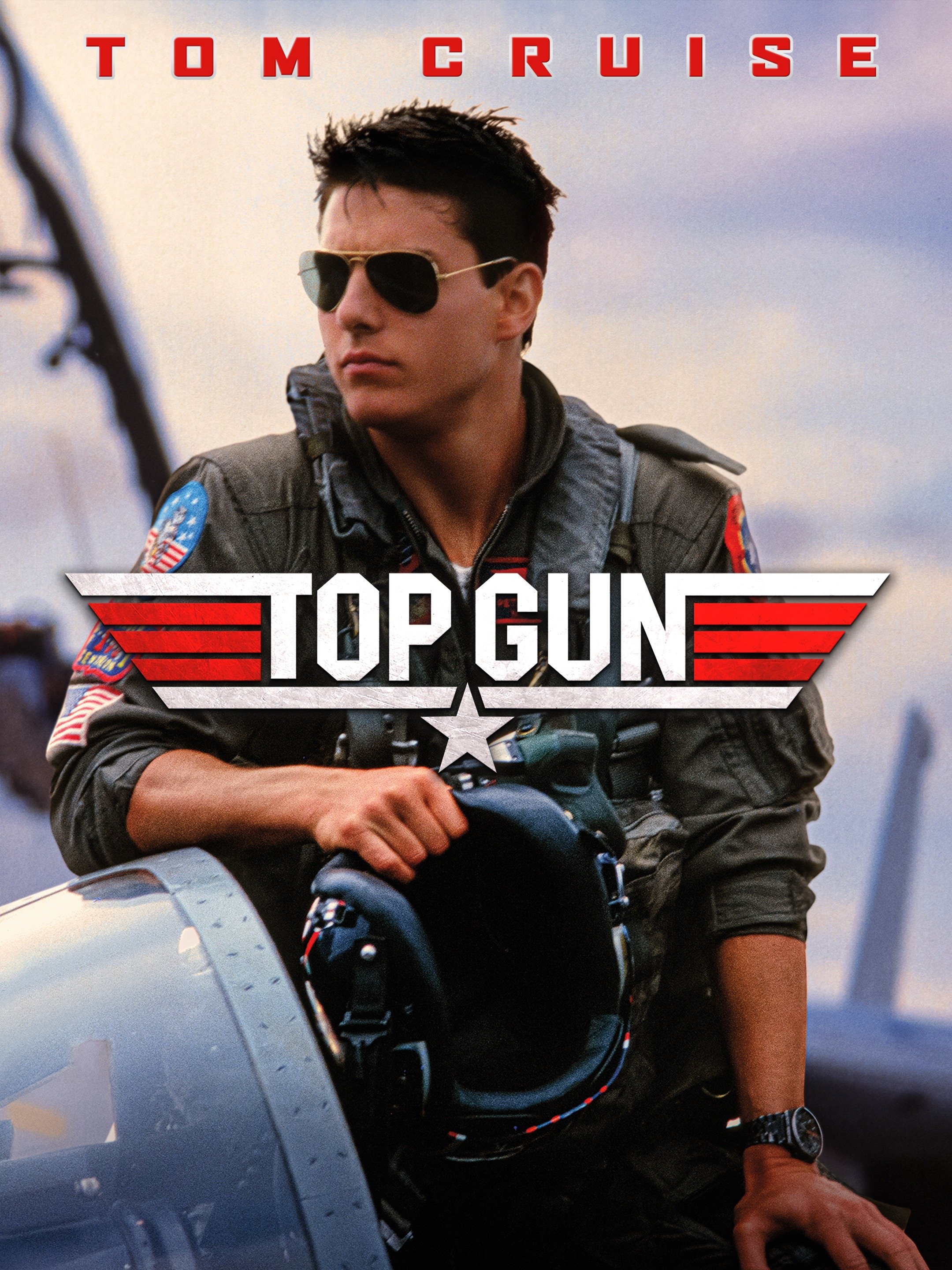 "Top Gun" is the movie that established Tom Cruise as a major actor, breaking onto the scene playing Maverick, a hotshot fighter pilot who is sent to the Top Gun Naval Fighter Weapons School. The school handpicks the most elite fighter pilots to train and then send into combat. Along with his partner, Goose (Anthony Edwards), they fight to try and become the top fighter pilot, putting him at odds with the cool and collected Iceman (Val Kilmer) and the beautiful flight instructor he is trying to win over, Charlotte Blackwood (Kelly McGillis) in this classic action film.

This movie is very straightforward, and the viewer already knows what they're getting into at the get-go. The movie is split between the beautiful aerial sequences of the planes flying and the pilots competing against one another and the interactions between the main characters and the people that come into their lives. While the plane sequences are beautifully shot and amazing to watch, it seems like the filmmakers put all their eggs in that basket, leaving the human interactions very dry and odd to watch after a while.

Take the scenes Cruise shares with McGillis for instance. They are obviously head over heels for each other, but they spend quite a bit of time playing into that throughout the movie. For example, Cruise goes over to her house unexpectedly and showers without asking, causing her to lounge around in a shirt and underwear. Yet, when he gets out of the shower, he just suddenly leaves her house, showing what seems like an ashamed feeling. However, when he sees her later on in the movie, and she is dressed in her work clothes, which are more like what men would wear, he kisses her in the elevator, practically pouncing on her. Many have speculated this film shows Maverick embracing his homosexuality, but I think it is just the filmmakers showing how they do not know how two people in love would act around one another.

However, Cruise, by himself, own the fact that he is the epitome of cool and cocky. He thinks he is the best fighter pilot at the school, and is therefore seen as cocky and rude throughout many of the movie. Yet, it is so cool watching him like this and how he reacts with the other pilots. We later find out that there are certain reasons for him to act like this and what made him the man he is, but it is hard to resist the charm he has in this film, which is ultimately carried on through the other performances he has given throughout his career.

Like mentioned, the plane sequences in this film are top notch and beautiful compared to today's standards. They draw the viewer into the scene, and hold them there until the entire sequence is over and done with. In my opinion, the fighter planes are one of the best things about this movie, and the scenes that involve these beautiful aircrafts are the best in the film. Unfortunately, we get a lot of these scenes when the pilots are practicing in the school, rather than actual combat. Nevertheless, it still get the audience's heart beating and forces them to grip the arm rests on the chair as we watch our main characters fly and fight in the air.

Overall, this movie really launched Cruise's career in a direction that will make him one of the biggest movie stars in Hollywood. Not only does he showcase what he can do in this film, but it opens the door for  other films like this to be made in the film industry. With the release of the long-awaited sequel, "Top Gun: Maverick", it just shows how important this film is to the film industry, as well as the audiences all around the world, both young and old.