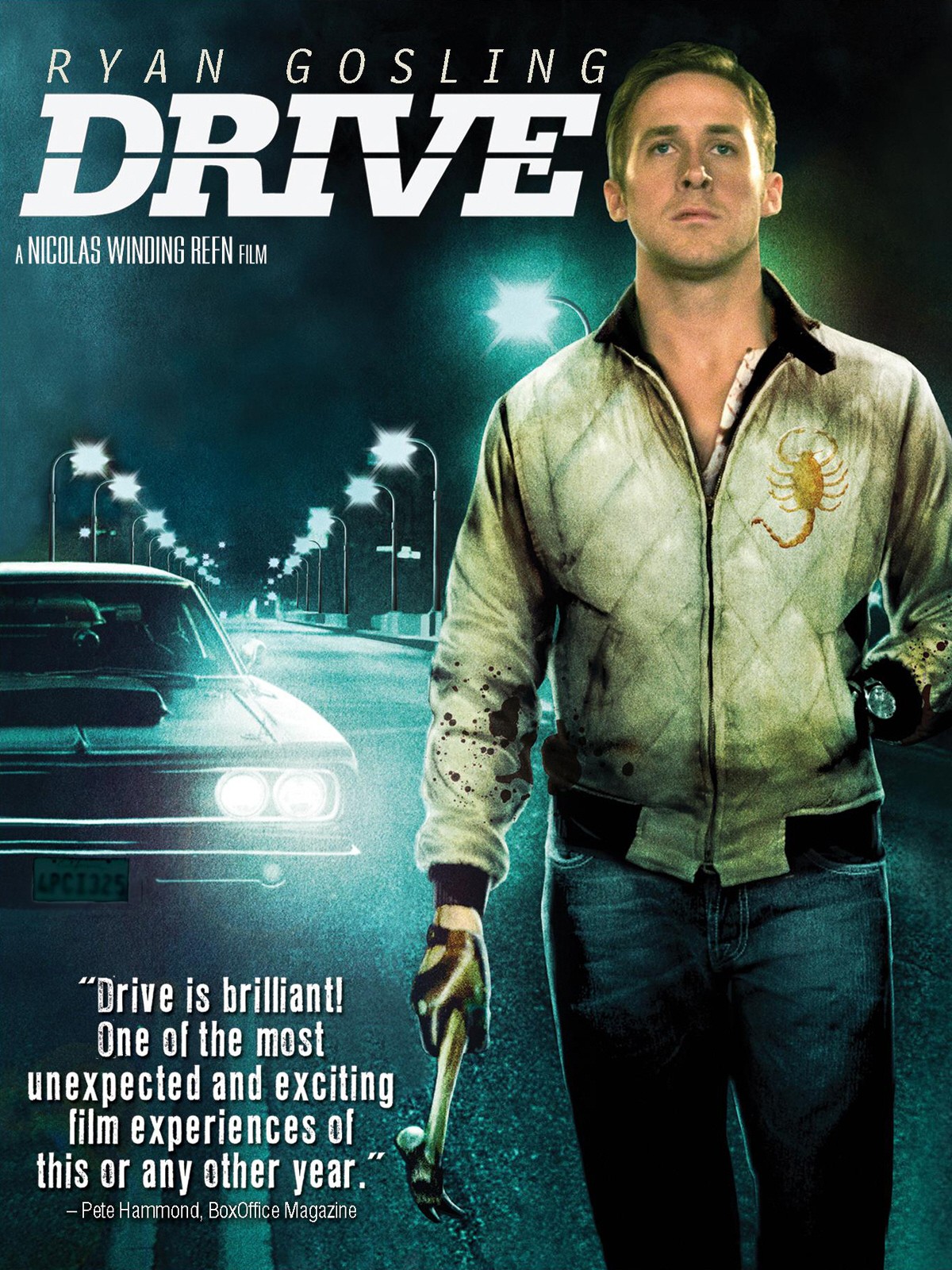 Ryan Gosling is one of the major heartthrobs of this generation. He wooed girls as Noah in "The Notebook" and as Jacob in "Crazy, Stupid, Love". He is able to play the characters that every girl wants and that every guy wants to be, but Nicolas Winding Refn's film "Drive" gives him the opportunity to be a completely different character. He is tasked with playing a loner who barely speaks, driven only by his love for the woman next door in this beautifully haunting film that is perhaps Gosling's best performance, tied with his performance in "La La Land".

Gosling stars at the unnamed Driver, a man who is a stunt driver for movies during the day and a getaway driver at night. This is shown in the opening scene of the film, when is able to perfectly escape the police with the criminals inside. However, he wants to leave that life behind. He wants to have the sponsorship deal to race cars, set up by his friend and boss Shannon (Bryan Cranston). At the same time, he falls for the girl next door, Irene (Carey Mulligan), who is a single mother raising her son Benicio (Kaden Leos).

All is going well until Irene's husband, Standard (Oscar Isaac), is released from prison. Now with a major debt to pay and his family being threatened, Standard approaches Driver to help him with a job that will help take him out of the business for good. But, when things go drastically wrong, Driver is now on his own with $1 million in his trunk. Hoping to return it to the mob bosses that the money is owed to (Albert Brooks, Ron Perlman) to put Irene and her son out of harm's way, Driver must go on the most dangerous mission he has been on for freedom and love.

This movie is, without a doubt, a modern masterpiece. Refn crafts this movie in such a way that it is impossible to peel your eyes away from the screen, taking in all the beautiful disaster and hardships our main character must go through. At the same time, it seems like it's a love letter to the town of L.A., which rejected and threw away this film when Refn was trying to get it made. It shows the ugliness of all the lights and glamour that everyone associates Hollywood with.

At the same time, Gosling does an amazing job in this role. It's perhaps almost perfect, and like mentioned above, it is tied for me with his performance in "La La Land". He doesn't have many lines throughout this movie, but Gosling is able to use body language and expression to convey how he is feeling or what he is going through. He is a very stoic character, but one that has so much depth and emotion at the same time,

The other actors in this film are amazing as well. Mulligan gives a great performance alongside Gosling, serving as a foil of his character. They have great on-screen chemistry together, and you can tell that these two characters are in love just by looking at them and how they interact with one another. He is such a damaged character, but she is like this source of goodness, an angel if you will, that entered his life for the better.

My favorite thing about this whole movie is the beautiful cinematography by Newton Thomas Sigel. It is a crime he does not have an Oscar for this movie, nor was he nominated at all. This is probably one of my favorite cases of cinematography due to the fact that it totally makes the film what it is. There are two major cases that stand out to me when watching this movie. The first is how he is able to tell two stories in every shot of this film. If you watch the left side of the screen only throughout the entire movie, it tells a much different story than if you watch the right side of the screen. Sigel and Refn were able to perfectly set up these shots in a way that they are telling two completely different narratives at one time.

The second thing is the use of lighting and camera angles. Consider the famous elevator scene in this movie. If you watch closely, the Driver is in the dark and shadows most of the scene, while Irene is in the light. It is not until he reaches out and kisses her for the first time that he is in the light. This is conveying how we has in the darkness for so long, whether due to the bad things he has done or the depression and loneliness weighing on him, but he is only in the light when he is with her, this pure and beautiful angel of a woman. It's heartbreakingly beautiful in a way, but so masterfully done.

For me personally, this is one of the best movies I have ever seen. Everything about it succeeds at what it is trying to do, and it's so raw and graceful that the viewer feels like they are transported into the screen. Refn and Gosling really made this film great, and I'm sure this is a movie film students will be studying immensely years down the line.