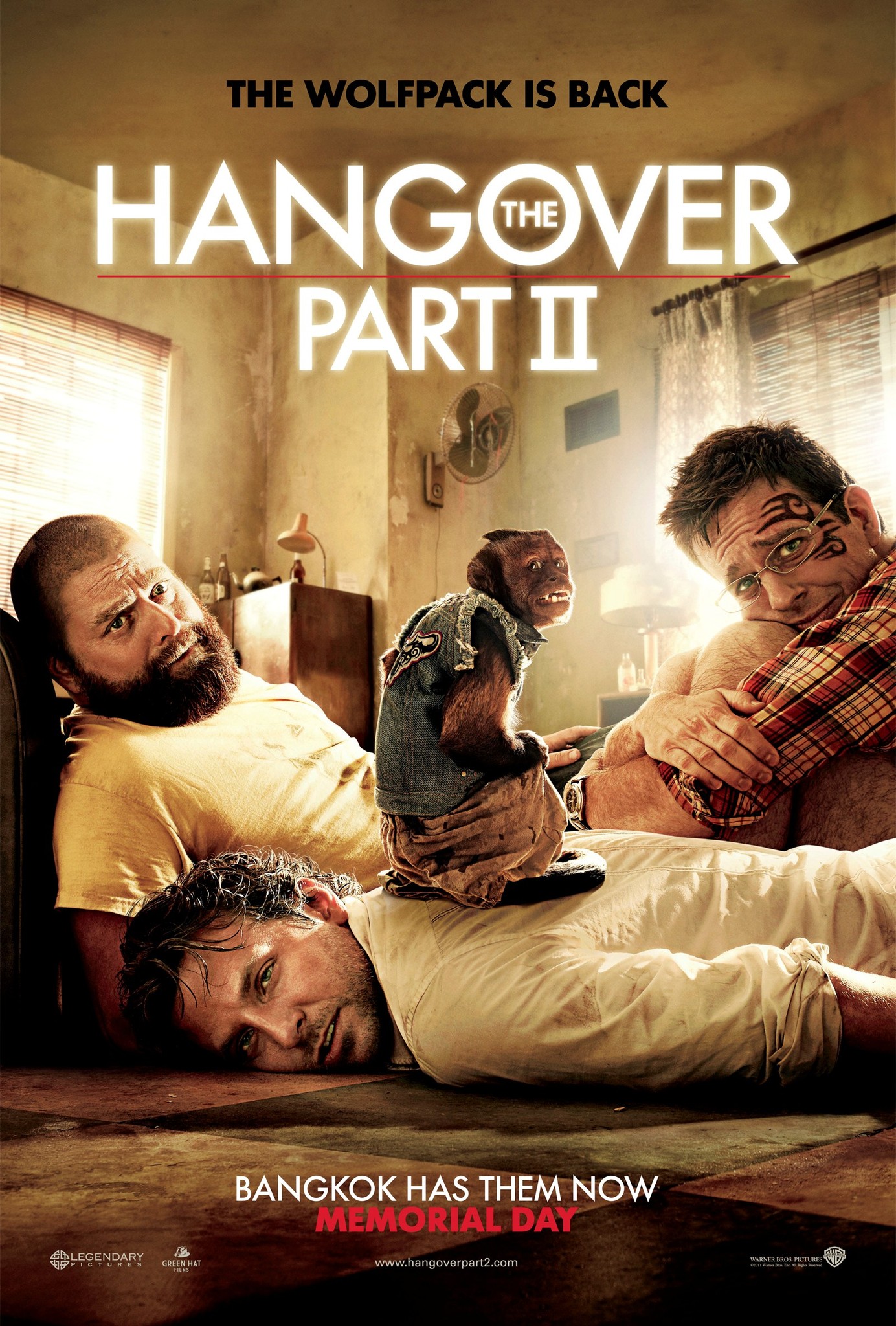 There are some movie series that would have benefited greater if there was only one film. "The Hangover" is one of those series, where sequels from the first film shouldn't have been made. It seemed like the first one was able to perfectly deliver everything the audience would want from a film like it, yet the studio approved the filmmakers to create more involving these characters. This second film takes place in Bangkok, following in the footsteps from the predecessor. While this movie delivers what it promises and does contain tons of humor and some memorable moments, it seems like a cheap rip-off of the first film, rather than a great follow-up.

The groom for this film is Stu (Ed Helms), who was a part of the "Wolfpack" from the first film. He is marrying a sweet lady named Lauren (Jamie Chung), whose family lives in Thailand and is insisting that the two lovebirds get married there. However, following the events of the first movie, Stu decides that he doesn't want a bachelor's party at all and wants the wedding to go off without a hitch, with his best friends, Phil (Bradley Cooper) and Doug (Justin Bartha) by his side. He also befriends his fiancé's younger brother, Teddy (Mason Lee), who also serves as one of his groomsmen.

However, his plans are thrown out the window when he is forced to invite Alan (Zach Galifianakis), the bumbling idiot who got them in trouble in the first film. Alan seems to ruin everything about the wedding before it even happens, as well as becoming increasingly jealous of the friendship between Teddy and Stu.

What Stu doesn't expect is to wake up in a sweltering, disgusting hotel in Bangkok with no recollection of what happened the night before, after the rehearsal dinner. With only Phil and Alan in the same situation as him, they are forced to explore Bangkok, trying to find a way home as well as trying to find Teddy, who has suddenly gone missing without a trace.

If the synopsis of the film sounds familiar, that's because it is. They take the same characters and the same plot of the first one and change it slightly to put the characters in Bangkok. There isn't really any originality to the plot or the story as a whole, and just seems like a rehash of what already happened in Vegas in the first film.

One good thing that definitely stayed the same was the humor and the chemistry between our three main actors. No matter what scene they are in, they are able to fully deliver hilarious lines of dialogue and bounce jokes and one liners off of one another. If it was anybody but these three actors playing these roles, I don't think this film would have worked as well as it did. The one tiny complaint I could possibly have is they dive too far into Alan's psyche in a way, making him a much more mentally challenged character than he was in the first movie. It is obvious that the character is not fully there mentally, but they seem to dive too much into that just a tad.

Overall, the filmmakers should have kept the first film as a standalone and not given it a sequel that it didn't need. The sequel doesn't really add anything special or fun to the franchise, and in a way, seems more like a cash grab than anything. It really is disappointing as the first film was so good and so much fun, and then its followed up by a mediocre film like this.