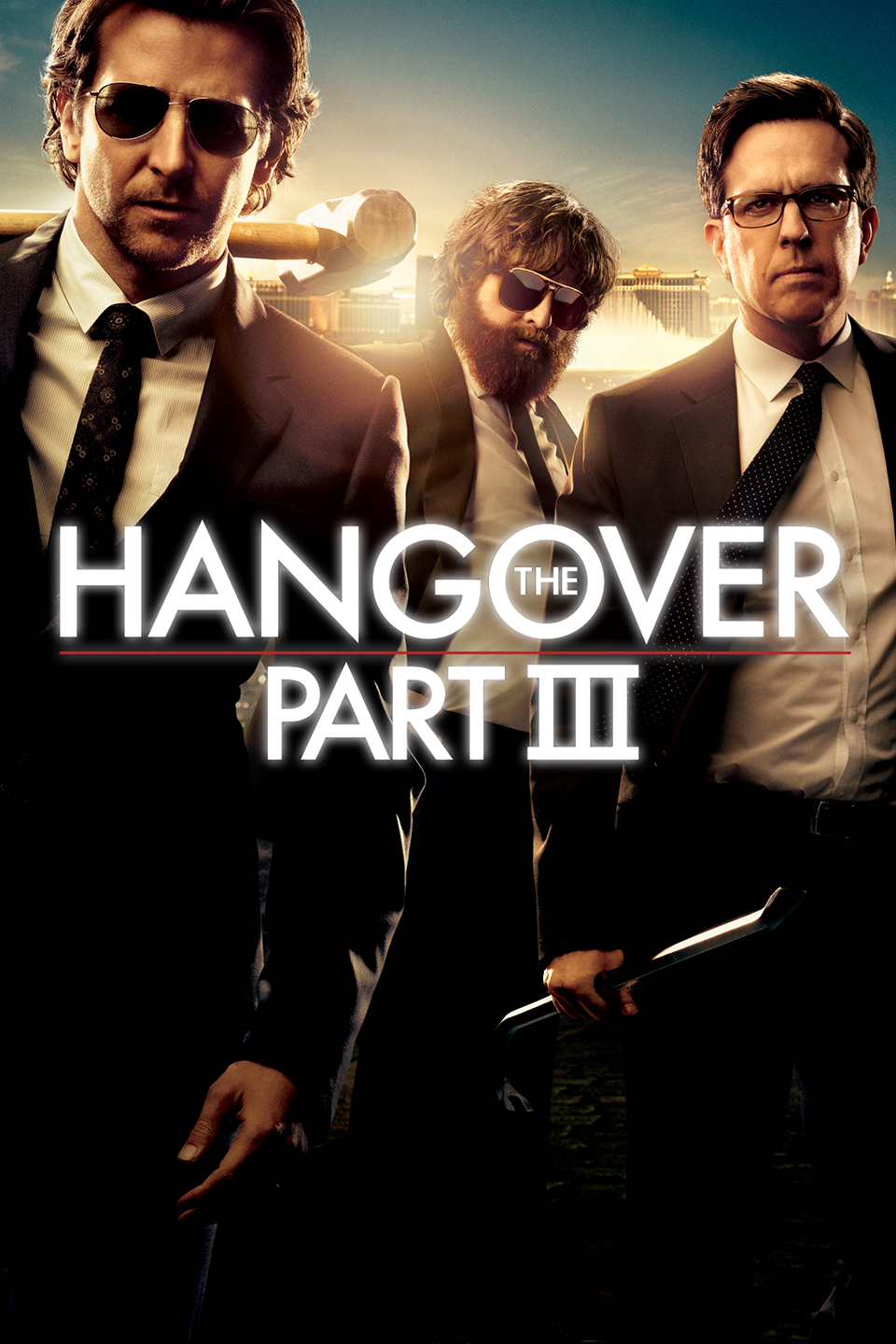 Who would've thought that the three main characters from the Hangover movies would turn into action heroes for the final installment of the trilogy? Well, apparently Todd Phillips and Craig Mazin thought it would be a good idea to depart from the hungover adventure our characters go on to send them on a mission to bring down Mr. Chow (Ken Jeong), and save Doug (Justin Bartha) all over again in this finale that is both disappointing and unfulfilling as an ending to the Hangover trilogy.

Alan (Zach Galifianakis) has been off of his meds and making everyone's life a living hell. He is rude, idiotic, and just downright nasty to the people he is closest to. So, when his family and friends all gather around to stage an intervention for him, they convince him to go try a mental institute in Arizona, to see if he can hopefully get back on his meds and become a better person.

Phil (Bradley Cooper), Stu (Ed Helms), and Doug offer to drive him to the mental institute, but things go sideways when they are sideswiped and kidnapped by Marshall (John Goodman), who was screwed over by Mr. Chow following the events of the first movie. Our three main characters are now tasked with finding Chow and the gold that he stole from Marshall, and bring him to him before Marshall kills Doug. What unfolds is a huge adventure that leads our characters through Mexico, Vegas, and much more in the conclusion to this comedy trilogy.

This is the first movie where our characters don't wake up hungover with no recollection of what happened the night before. In fact, I don't think we even see our characters drink or party throughout this movie. It is all focused on the plot to try and capture Chow before their best friend is killed, which is really disappointing and unusual as the plot from the first two movies is what this film series is known for. Unfortunately, this new road they decided to go down for the plot ultimately didn't work, and it made this movie the worst in the trilogy.

One major problem I have with this movie is how they portrayed Alan. I've mentioned it in my reviews for the first and second film that I like how he is just this socially awkward character and is just a big goofball. I also mentioned that there is most likely something mentally wrong with him, but the first movie never really made a big deal out of it or tried to classify what it is. This movie, however, totally crafts the plot around his mental illness, and turns him into a mean and cruel character. Alan has always tried to be a good friend and give his friends a good time in the previous installments, but this movie totally departs from that classification of the character and gives us this horrible character that is honestly not fun at all throughout the movie.

There are some good parts to this movie, such as Chow singing "Hurt" by Johnny Cash in the karaoke bar in Mexico and him flying through the air on a hang glider in Vegas towards the end of the movie. However, there are so many bad and unusual parts that it ruins the great parts of this movie, and just leaves the viewer unsatisfied and disgusted with how this movie turned out. Tonally, it is not there for me as a comedy, and is just kind of all over the place. It seems like this movie doesn't even really fit into the trilogy as a whole, and could have served as a standalone movie that Phillips could have written and directed after finishing the Hangover trilogy with another conclusion that would have been better than this one was.

The upsetting part is, though, is that this movie had some great action sequences. The cinematography and the acting are great for them. Yet, by the time the viewer realizes what is going on and accepts that this is in a comedy film that we never expected to see, it ruins the experience of the action sequences. It doesn't prepare the audience or give them time to adjust to what they are going to see, rather than what they want to see in a film like this.

Overall, I feel like Phillips had just kind of lost track of what this film should be, and tried to make something that just totally didn't work. It felt like a cash grab mixed with a nostalgia trip, since there are numerous references and callbacks to the first film, which were nice to see if I'm going to be honest. But I think this is rather a matter of quantity over quality, trying to put out as many films as they can for the studios to milk all the money they can from this franchise. They just needed to know when to quit, and unfortunately, they failed to realize that before it was too late.