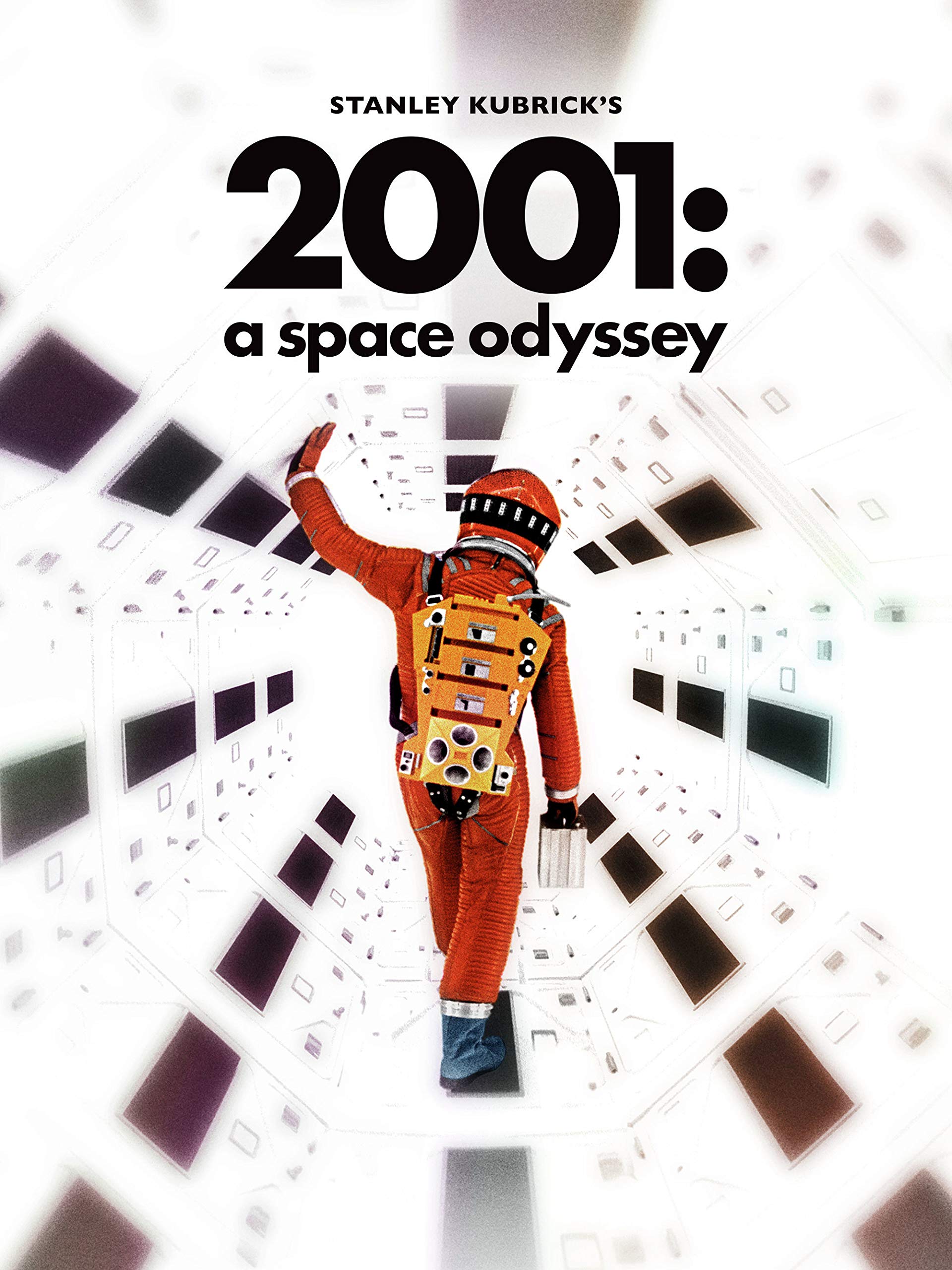 It's simply amazing how much Stanley Kubrick was able to accomplish in his 1968 film, "2001: A Space Odyssey". At the time of release, space exploration and traveling outside of our planet was still a huge topic and contained a sense of wonderment. Kubrick was able to take all of that excitement and wonder and translate it into a masterpiece of a film that has stood the test of time and is still heavily talked about and admired today.

The film doesn't really contain a linear and coherent plot. It is rather a visual feast for the eyes that shows the magnificence and beauty of space and exploration. At the same time, a majority of the film focuses on two men, Frank Poole (Gary Lockwood) and Dave Bowman (Keir Dullea), who are tasked to travel to Jupiter to find the mysterious origins of a mysterious artifact known as the Monolith. However, when they are on the mission, they must deal with the mysterious and devious HAL (voiced by Douglas Rain), who has ulterior motives of his own.

This film is perhaps one of the biggest feats in filmmaking during the late 1960's. Kubrick took this idea, and created this absolutely beautiful film that visually looks like it could have been made many years later. At the time, many probably would have thought he was crazy to tackle a film like this, with the little knowledge that is known about space and space travel at the time. Yet, Kubrick was able to take his imagination and run with it, giving his own perception of what he thinks would happen if two astronauts were traveling to Jupiter and if the human race was going beyond Earth's reach in the future. It was definitely ahead of its time, which can be said about many of Kubrick's films throughout his career.

The visuals are magnificent, and it's hard to imagine how the filmmakers were able to perfectly capture these beautiful shots of space and the journey to different planets. Consider the first scene of the entire film, where the sun rises above the Earth to Richard Strauss' "Thus Spoke Zarathustra". It is absolutely beautiful and magnificent, and is perhaps one of the best shots in film history. There are also some moments that show our characters flying through space at rapid speeds, with a clash of beautiful colors and space thrown throughout for multiple minutes at a time. In any other case, this may or may not work for the movie. But Kubrick was able to perfectly capture the time and space of the mission that the astronauts were going on.

Speaking of the tone poem by Strauss, the music in this movie is beautifully conducted and is perfect in every scene. The songs fit the scenes in terms of what is happening, as well as furthering the movie along. It reminds me of the Disney film, "Fantasia" in the way that it uses music to move the plot further in terms of visual images. At the same time, the sound of silence has the same effect on the viewer, Consider the scene where the two astronauts are discussing the possibility of shutting off HAL to complete the mission and save their lives. They are in a part of the pod where HAL cannot hear them, and they think they are safe to freely discuss their options. However, the camera then transforms into a POV of HAL, where it is completely silent. We then pan over and over to the two astronauts' mouths, which lets the viewer discover that HAL is able to read their lips, knowing what they plan to do to it. Once the viewer realizes what is happening, it is absolutely terrifying and makes the viewer squirm in their seats.

HAL is perhaps one of the best villains in any of Kubrick's films. It seems kind and friendly, even if it is just a voice. But, as the film progresses, you realize it is not what it seems, and that he is plotting to destroy the humans as it thinks it has the answers for everything on the quest. It makes decisions for them that would put the astronaut's lives at risk, not caring about their lives or the mission at stake. It definitely gives off a very terrifying vibe at times, and I think Rain does an excellent job of giving this A.I. system its voice. I think the death scene of HAL is perfectly shot and scripted, and Kubrick does a fantastic job of making the viewer feel bad for the computer system while is going through it's demise. It's hauntingly beautiful, yet perfect at the same time.

At the same time, I think our human characters do a great job as well. Both Lockwood and Dullea are able to capture the terror and heartfelt emotions that we can only imagine when in space and scared of dying due to the horrifying A.I. system apart of your ship. They don't have any standout or amazing scenes, but they just portray these humans who are just wanting to complete the mission and return home to their families.

To be completely honest, I don't think anyone else could have made this movie but the master Stanley Kubrick. Sure, there were tons of great directors and writers at the time, but I truly don't think anyone else could have the imagination to capture and pull of what Kubrick did in this film. He completely changed what could be possible on the big screen in cinemas, and has inspired every filmmaker that will come after him.