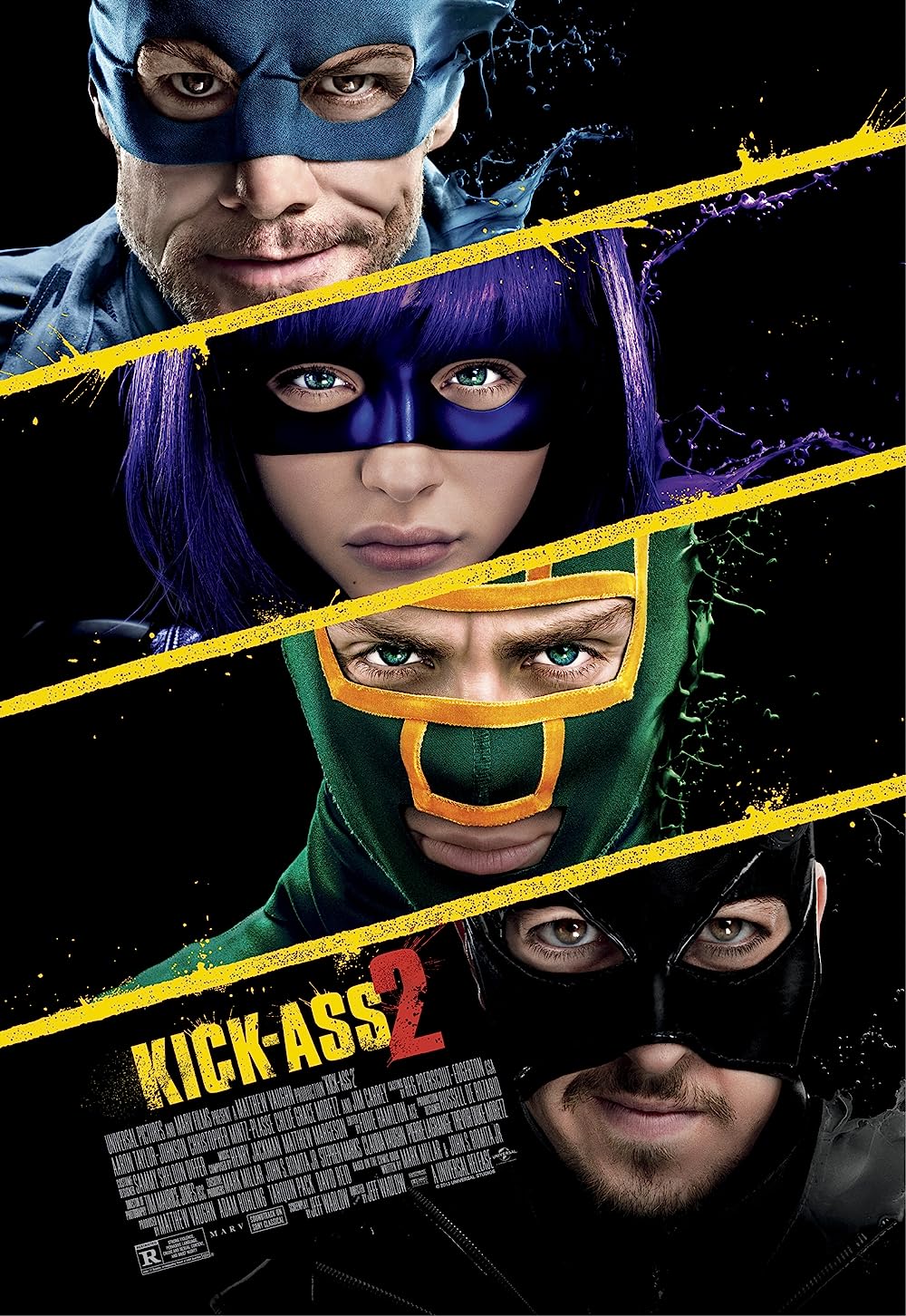 In 2010, Matthew Vaughn released a great superhero satire film known as "Kick-Ass", which received praise from both critics and fans alike. They set up a sequel in the final shot of the movie, teasing that the son of the villain will be out for revenge against the powerless crime-fighter known as "Kick-Ass". However, Vaughn steps down as director, allowing Jeff Wadlow to take over and deliver a mess of a film that is neither humorous or heartfelt like the original.

The movie follows Dave Lizewski/Kick-Ass (Aaron Taylor-Johnson) and Mindy Macready/Hit Girl (Chloë Grace Moretz) as they continue to train and stop crime around the city. They have a lot of fun teaming up, which shows Dave that he wants to be in a superhero group, like the Justice League or the Avengers. However, when Mindy's guardian, who is her late dad's best friend, Marcus (Morris Chestnut), finds out that Mindy is still fighting crime and donning the superhero costume, he makes her promise to never wear the suit again. This forces Dave to find his own group of superheroes to join, which he does find, led by Colonel Stars and Stripes (Jim Carrey).

However, what Dave doesn't know is that Chris D'Amico (Christopher Mintz-Plasse) is out for revenge against Kick-Ass after his father's death at the end of the first film. He dons a new BDSM-inspired suit, and adopts the name of "The MotherF***er", working on assembling a team to help him bring down the man responsible for his father's untimely demise. Now, with both teams being assembled, the two will face off to finally settle the differences between them.

Now, this sounds like it could be a very good film. It seems like the plot would focus on each different team, and it does, but there is so much in this film that it feels convoluted and cramped. The plot moves so slowly at times, but then moves at a rapid pace during the best scenes, which leave the viewers wanting more of the good scenes and less of the slowness of the movie.

At the same time, the energy of this film just seems incredibly off, and contains some very cheesy and boring performances. Taylor-Johnson was perhaps the best thing about this movie, but cast members like Grace Moretz and Mintz-Plasse just lose their charm and fun from the first movie. Carrey, who I was nervous about since he is way too over the top for my taste, was actually pretty calm, but gave a weird and awkward performance that just doesn't work.

One thing I absolutely hate about this movie is the character of Chris D'Amico. Everything about it is wrong, and he is just a whiny, annoying little kid in an adult's body. There is literally nothing fun or enjoyable about him, and some of his scenes are just incredibly uncomfortable and make me question if Wadlow is secretly a pervert. One of the scenes is when Chris tries to attack one of the members from Dave's team, and is going to literally rape her while she is being held down, but is held back as he cannot get sexually aroused. They tried to make it funny and get a chuckle out of the audience, but it is horrible and not funny or comfortable in the slightest.

The second thing that is absolutely horrible about this movie is how they handled the character of Hit Girl. She was such a fun and amazing character in the first film, but they decided to leave all of that behind and give her a plot line about her wanting to fit in and be accepted in high school. It is a ridiculous and stupid plot line that should have never even been considered for this film. Then, when she is shockingly (sarcasm) betrayed by her so-called "friends", she decides to use a machine on them that makes them vomit and defecate uncontrollably all over the cafeteria. It is not funny or enjoyable in the slightest, and is such a disgusting and idiotic scene.

Overall, it seems like this movie was written and directed by a mentally-ill child, and doesn't contain any redeeming or fun qualities about it whatsoever. It's mean, cynical, cruel, and just downright disturbing and ugly. It's a real pity as the original film did an excellent job of creating this world and these characters, and this movie took everything good about its predecessor and ruined it all with this mess of a film.