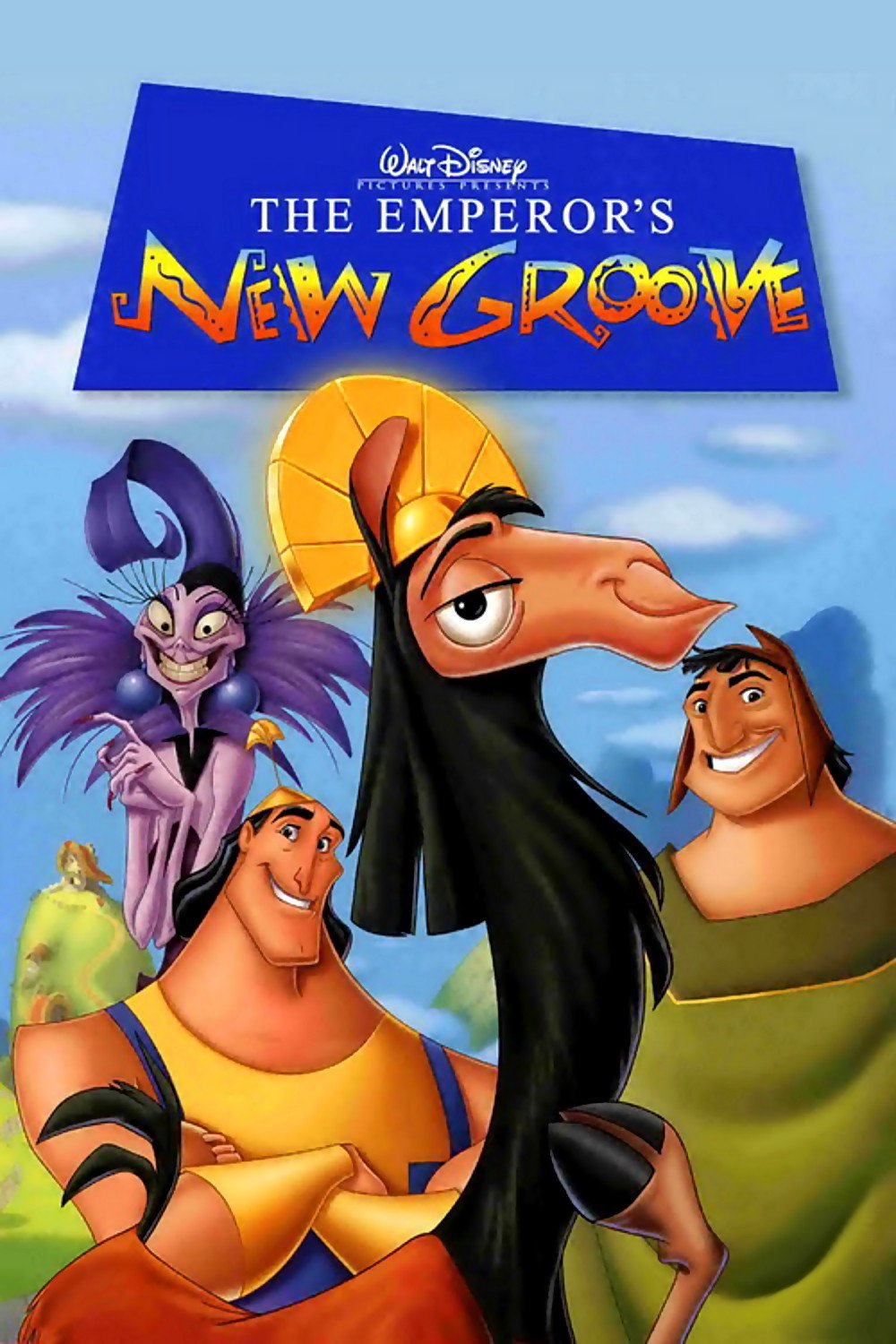 Out of Disney's entire filmography, "The Emperor's New Groove" is without a doubt Disney's most underrated and forgotten film. Sure, it doesn't break down walls or contains massive and incredible musical numbers or sequences, but it is simply a hilarious and fun film that everyone can enjoy. Only recently has this movie garnered the praise and love it deserves, with merchandise appearing more and more around the Disney theme parks and the film being talked about more in Disney and film communities. In my personal opinion, this is one of my favorite films Disney Animation has released, if not my favorite.

The movie revolves around the titular emperor, named Kuzco (David Spade), who is a cruel tyrant to his entire kingdom. He only cares about himself, and only does things around the kingdom that benefits him. Therefore, he makes an enemy out of village-man Pacha (John Goodman) by telling him that he is going to take over his home and demolish it to build his summer home known as "Kuzcotopia". He is as happy as can be until the emperor's advisor, Yzma (Eartha Kitt), is planning on killing the emperor and taking over his kingdom. With the help of her bumbling henchman Kronk (Patrick Warburton), they successfully poison the emperor.

However, what they realize soon after is that they made a mistake, giving him extract of llama rather than poison that would kill him. Now trying to find a way to get rid of the emperor for good, they take him as far as they can from the castle, hoping he gets lost or eaten trying to get back to his throne. When he realizes he ended up on Pacha's doorstep, the two enemies have to put their differences aside and find a way to get the emperor home and change him back into a human.

As you can tell from reading the synopsis above, this movie is very simple and easy to watch, but it's a whole lot of fun. Filmmakers Chris Williams, Mark Dindal, and David Reynolds were able to craft this world that is very whimsical and immerses the viewer into what is happening around our characters. But at the same time, they inject all this humor and slapstick comedy in it that makes it so much fun and hilarious to watch. To date, this is without a doubt Disney's funniest and goofiest movie, in my opinion.

The characters of Kuzco and Pacha are a lot of fun to watch, and the viewer never gets bored or tired of watching them go on this journey to return the emperor to his throne. Spade and Goodman have great chemistry together, and they easily play off one another throughout this whole movie. Consider the scene where they are about to go down the waterfall. They keep building upon what the other says in such a monotone way that makes it hilarious and quotable when rewatching this movie multiple times.

The two characters also serve as great foils for one another. Pacha is such a nice and caring man whose family means the world to him, while Kuzco only cares about himself, and is so selfish that he gets upset when he doesn't get what he wants right when he wants it. Throughout the film, you can see the growth Kuzco goes through, and his journey on not only becoming a better emperor, but a better person to everyone he encounters.

However, Warburton's Kronk steals the entire show. At the time of writing this, Kronk is without a doubt my favorite Disney character. There are so many great qualities about Kronk that it is perhaps impossible to list them all here. He's hilarious, heart-felt, goofy, clueless, and just tons of fun. He reminds me of a family-friendly and nicer version of Homer Simpson in a way. Every single scene with him puts a smile on my face. Consider the scene where he takes over the mantle of cooking in the kitchen at the roadside restaurant when the chef quits unexpectedly. It's so out of the blue and hilarious that you can't help but laugh your way through the entire scene. Kronk is perhaps one of the best characters from Disney, and it's a pity he doesn't get the recognition and love he deserves.

But, we can't forget about Kitt's performance in this movie. She is despicable and mean to everyone around her, but she is perhaps one of the most fun Disney villains. Kit's voice is so recognizable and she crafts this fun and energetic character that is as selfish as the protagonist in this film. And, when she is turned into a cat towards the end of the movie, it just makes her character all the more fun.

Overall, I absolutely love everything about this film, and I have rewatched this movie countless times. It is just a great feel-good comedy that will guarantee to put you in a good mood. I can go on and on about how great this movie is and the brilliant aspects involved, but I implore you to give this movie a chance, and see everything that is great and hilarious about this movie.