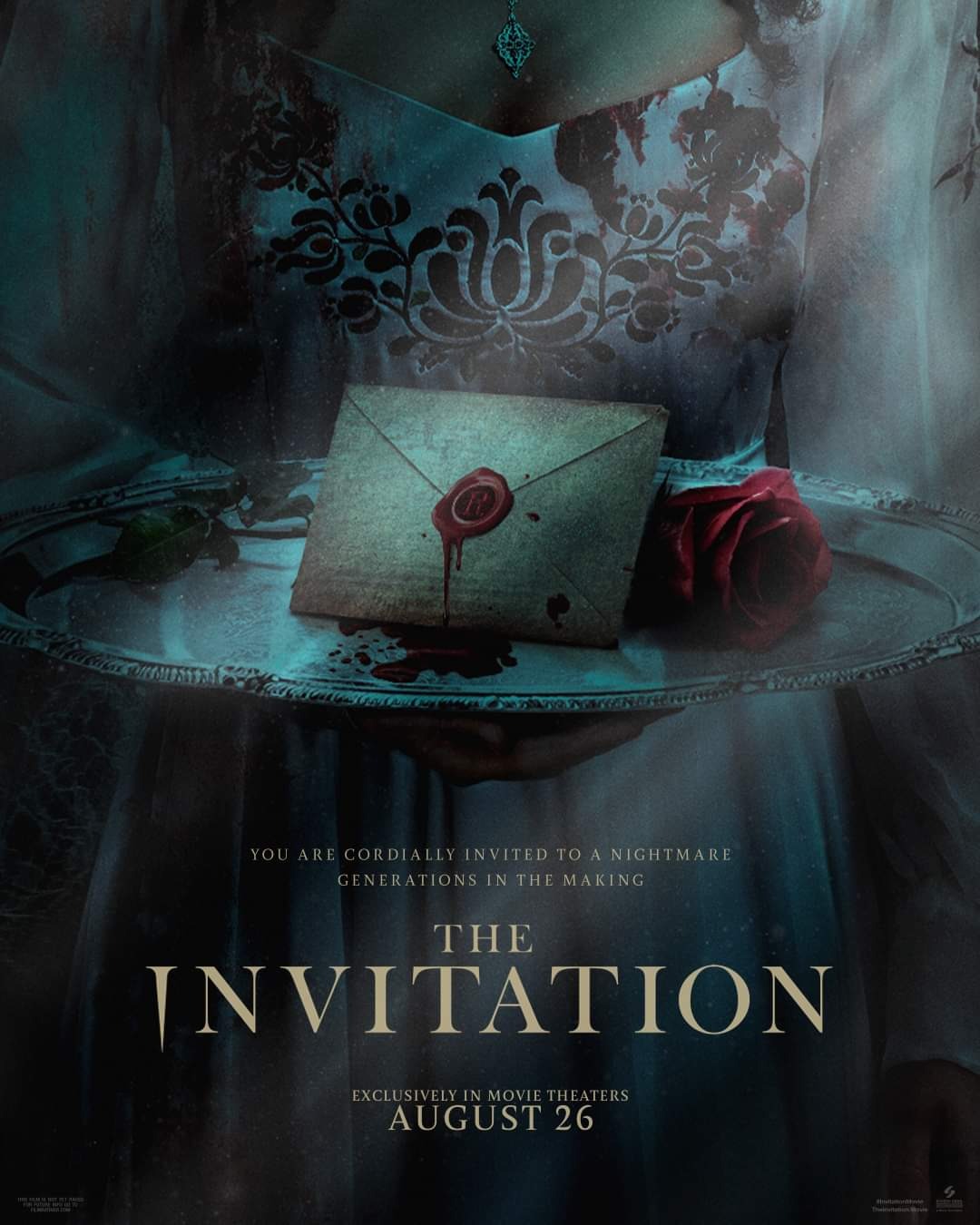 There are some movies that have a really good first half, setting up for the payoff or the big battle or scene at the end of the movie. Then, they are ruined by an idiotic plot twist or a horrible ending that the viewers feel cheated by. Jessica M. Thompson's "The Invitation" is a movie that falls under that category unfortunately. It felt like it transformed into a completely different film for the latter half, ruining the tone and scariness factor that this movie had successfully created in the first half of the movie.

The film follows Evie (Nathalie Emmanuel), who is not sure where exactly she fits in. She lost her mother and father already when she was younger, and the only things she really has is her art and her best friend, Grace (Courtney Taylor). So, when she does a home DNA kit, she is ecstatic to learn that she has a whole line of cousins and family members in Europe who are biting at the bit to meet her. When she meets her cousin, Oliver (Hugh Skinner), he invites her to a huge wedding that is happening soon in England.

She agrees to go, and is awed by the huge manor she is going to stay in for the wedding. At the same time, she is absolutely enamored by the master of the manor, Walter (Thomas Doherty). Now trying to win the affection of the master, she must get close to him, while also trying to acquaint herself with her long, lost family. But, something very sinister and evil is happening around the house, and it's up to Evie to figure it out before it is too late.

This sounds very much like a cookie-cutter plot for haunted mansion horror movies, but those always seem to intrigue me whenever they put a new one out. It's kinda obvious for the viewer to know what to expect when going to see a movie like this, but they still can be very fun and entertain the audience. For the first part of this movie, it's no different. The film is able to craft this extremely likable protagonist and set up the tone for what to come.

From there, they are able to capture the creepiness and horror factor through mysterious sightings of dead people and creaking floorboards and whatnot. It's not until the maids in the house start getting killed off one by one that the viewer then realizes that this manor isn't normal and definitely contains some sort of evil entity inside of it. This engages the viewer and want them to find out what is going to happen in the house and what exactly that secret is. At the same time, the cinematography and beautiful images of the manor and the set design is wonderful and really transports the viewer inside the manor. The audience feels like they are immersed in this dark and scary world, allowing the fear to creep up inside of them and catch them off-guard at the best moments.

When I went and saw this movie, they had me sold on the whole supernatural, ghostly plot that will hopefully feature more jump scares and gory elements in the second half. But, to set up the next half of the film, the filmmakers decide to add this huge, idiotic twist that completely changes the tone of the film. In a way, it completely ruins everything the movie tried to set up, and basically laughs in the audience's faces for the rest of the movie. From that plot twist, the movie then instantly becomes ridiculous, idiotic, fake and cheesy, and so much more that isn't good whatsoever. It can't even go for passable as a horror movie due to how bad this last half of the movie is.

In a way, it's hard to judge this movie because it's extremely frustrating. I really did like what they were going for and setting up in the first hour of this movie, but it is overshadowed and ruined by the plot twist and the elements that followed it. If the movie didn't start off how it did and contained some of the elements that I really like in a horror movie, this would have easily received a 1 star rating due to how bad everything is after the first half.

However, we must give credit to Emmanuel for a great performance as the main protagonist of this movie. She certainly did her best with what she was given, and she is the best thing about this movie. All the other actors just gave mediocre, and sometimes laughable, performances that aren't memorable or all that great.

This seems like a very amateur film, like a student just coming out of film school and was given her first chance to make an impression on the film world. With the exception of Emmanuel and some of the great elements in the beginning of this movie, this film fails on nearly every level, and like the residents in the manor, should have never seen the light of day.