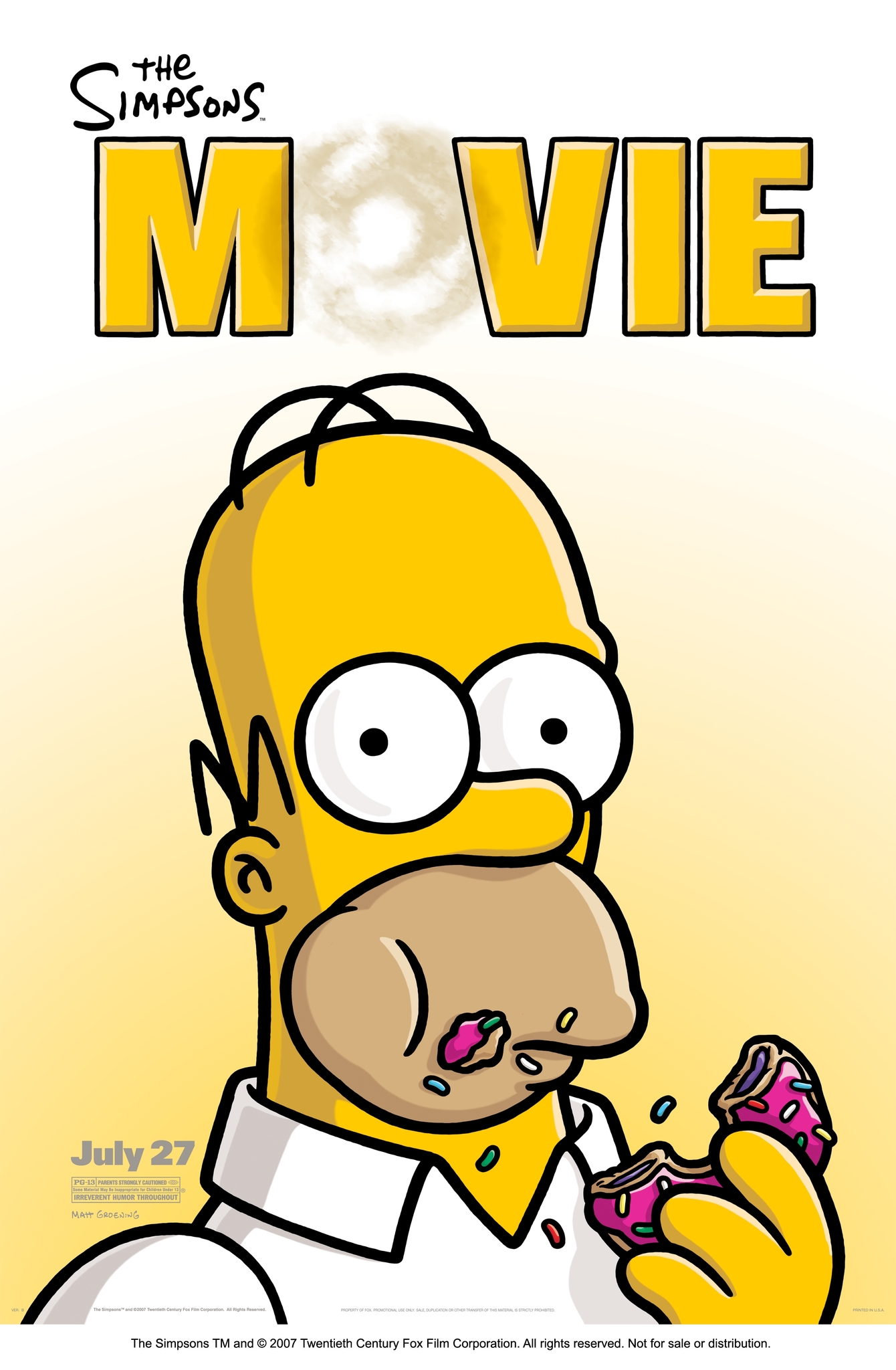 The Simpsons have been entertaining audiences all around the world for over 30 years now, with their cast of wacky characters and funny plot lines. Therefore, it was no surprise when they finally received their own motion picture in 2007, following in the footsteps of the other adult animated shows before them. In a film that gives each of the main characters their own storyline and opportunity to shine, "The Simpsons Movie" has something for every fan of the show to enjoy, and does a great job of translating the show onto the big screen.

Just like the Simpsons have been doing for years, they always find some way to get themselves in trouble. After Homer (Dan Castellaneta) adopts a big that is going to be slaughtered, he creates a silo to place all of the pig's excrement in, aptly titled "Pig Crap". When Marge makes him dispose of the silo, he decides to be selfish and easily dump it in the lake, which was just made illegal due to a new law that has been passed. When the silo infects the entire lake and turns it into a toxic waste, it affects the wildlife by giving them multiple eyes and other strange mutations.

When the American government finds out, they recruit Russ Cargill (Albert Brooks) to take care of the problem in Springfield. This causes him to trap the town under a giant dome, leading all of Springfield to rally against the Simpsons as it is Homer's fault they are in this situation. Able to escape the dome and now on the run, Homer, Marge (Julie Kavner), Bart (Nancy Cartwright), Lisa (Yeardley Smith), and Maggie must make a new life for themselves, while also dodging the government and Cargill himself.

This movie seems like the filmmakers took the plots for multiple episode, and combined it into one by expanding it into an hour and a half film. Since they have all this time to fill, they are able to focus on different plot lines for the different members of the Simpsons. They are able to show Homer's relationship with the pig (who he named Spider-Pig, and then Harry Plopper later on in the film), which is detrimental to the relationship that Bart and Homer have, leading Bart to confide in their next door neighbor, Ned Flanders (Harry Shearer). At the same time, we have Marge focusing on a warning that Grandpa (Castellaneta) gave in church, apparently influenced by the Holy Ghost. Lisa, on the other hand, is trying to pursue a relationship with a new foreign boy that has moved to town. They have all of these plots going on simultaneously, but the filmmakers layer it in such a way that it never seems convoluted or like too much at once.

At the same time, the first half of the movie moves at a nice pace for the most part, jumping from one event to the other right away. There is really no room to breathe as the viewers are bombarded with new event after event after event. In the case for this film, it works pretty well, as any more time would have been too long and would lose the appeal of the audience. When we get to the second half however, they seem to lose that pacing, and just try to muddle their way to the finale of the film. When the Simpsons move to Alaska, the filmmakers seem to lose steam, and not sure where to go next with the characters and the plot. They just decide to add in fillers until they can reach the point where the family returns back to Springfield. It kind of throws off the pacing and tone of the film, and therefore delivers a conclusion that doesn't seem as exciting as it should.

Other than that however, the actors do an excellent job portraying these characters, just like they do in the show. The main actors already listed, as well as Hank Azaria, portray almost all of the main characters in both the show and this movie, giving each of them a challenging job. However, they all pull it off seamlessly, and I couldn't imagine them giving a better performance with this movie. It seemed like I was tuning in every week for a new wacky Simpsons adventure, yet I would say the performances are better than they are delivered in the show.

The animation is pretty interesting and awesome for this movie, with the animators deciding to switch to a 3D form of art, rather than the 2D we're used to in the regular TV show. I think this was a very good decision for the artists to make as it separates the movie from the television show. It seems more advanced and, in that case, more expensive and timely, which gives the film a more professional and personal feeling towards it. The show would go back to utilizing the 2D format throughout the seasons that come after the movie, but I think it's kind of cool to see these characters and settings in a different art format than what we have seen before.

Overall, I think the filmmakers did a great job of bringing these characters and the small town of Springfield to life on the big screen, with a film that can entertain both longtime fans and those just getting familiar with the show and characters. This film could have been a major disappointment if the filmmakers did not know how to utilize the film's runtime or the plot structure, but thankfully, they were able to create a wonderful movie that is perhaps better than many of the newer episodes that have been released. There are rumors and speculations that there will be a sequel to this film, so let's just hope that if it does come to fruition, it will be as good as this one, if not better.