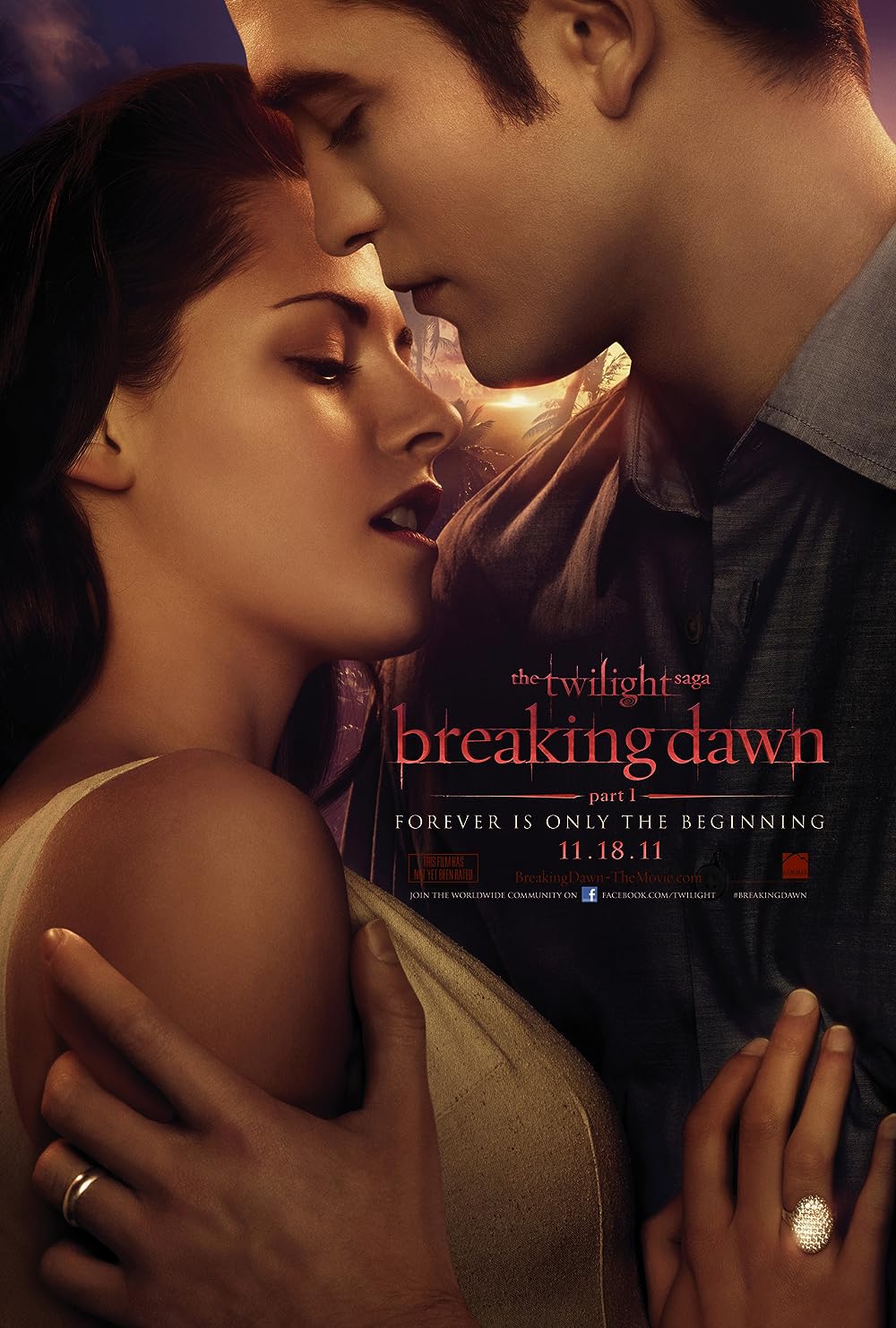 After three films and battles against both vampires and werwolves, Bella Swan has finally chosen who she wants to spend her life with, marrying Edward Cullen at the start of "The Twilight Saga: Breaking Dawn - Part 1". Director Bill Condon delivers the moment everyone has been waiting for, while also delivering a more mature and serious take on the next installment of Bella and Edward's love story. By splitting the final book in the series by Stephenie Meyer into two films, the filmmakers were able to take their time with this film, crafting a very good film that contains a different tone and view at these characters in Forks, Washington.

Bella (Kristen Stewart) and Edward (Robert Pattinson) jet off to their honeymoon after their wedding, expecting to have a wonderful time together before Edward fulfills his promise of turning Bella into a vampire. However, when Bella suddenly gets pregnant on their honeymoon (which was thought to be impossible at the time), she is forced to return home as the pregnancy is killing her. Now tasked with finding a way to make sure Bella gets out of this pregnancy alive, the rest of the Cullen family comes together to support and help the newlywed couple.

At the same time, the film shifts back and forth between Bella and Edward's story and Jacob Black's (Taylor Lautner). Angry and upset about the wedding and Bella's pregnancy, Jacob must put aside his personal demons and hatred towards the Cullens to help Bella and do everything she needs. When the werewolves in Forks believe the fetus is going to destroy all life in Forks, they plan on killing Bella before the baby is born. This forces Jacob to run away with Seth (Booboo Stewart) and Leah Clearwater (Julia Jones) to make sure nothing happens to Bella.

A major thing that the viewers will notice about this film is the drastic change of tone in this movie. The previous three films serve as a fun and entertaining romance film that puts our main character in a love triangle with a werewolf and a vampire. This film, on the other hand, is much more mature and dark, with hauntingly beautiful imagery and great scenes throughout. Not to spoil the film, but consider the scene where Bella gives birth to the vampire fetus towards the end of the film. It is so dark and gory in a way that it is hard to imagine that a scene like this would ever be in a teen romance film, especially a franchise like this. I really like how they changed the tone for these final films as it shows how the franchise has grown with age, as well as our characters.

The characters have definitely grown since the beginning of this series. A major standout is Edward, who is a much different character than when we first saw him meet Bella in their high school science class. The filmmakers could have easily kept him as a dark and mysterious character, but I'm glad they showed growth in him and how he changed as a person due to his family and Bella. The same could quite possibly be said for Jacob. He definitely took a wrong turn in Eclipse and became a dark and cruel character, but this movie shows how much he actually cares about Bella and would do anything for her. There are times where we can see Jacob slip back into this old ways, or see the somewhat cringey acting from Lautner, but this film definitely improved on every aspect of his character in my opinion.

This movie doesn't slow or move at a turtle's pace, but rather adds in elements that we, as the viewer, have been wanting to see for a long time. Whether it was finally seeing Edward and Bella consummate their marriage or seeing Bella drink blood for the first time, this movie just capitalizes on the moments that fans have been wanting to see for a very long time. I think the movie is very hauntingly beautiful and tragic that it keeps the viewers hooked and won't let them peel their eyes away from the screen.

One thing I do want to note here is how great the soundtrack for this film is. The soundtracks for every film in this series have always been great and ahead of their time, but there is something about the soundtrack for this film that makes it possibly the best out of the franchise. Every song in this film is able to perfectly capture the mood and essence of the scene. Consider the song, "Cold", which is performed by Aqualung and Lucy Schwartz. It is played during a very dark and haunting moment in the movie, where Bella bares her body to take a shower, showing the effects this pregnancy is having on her. The song is very haunting and quiet, and it just escalates the scene beyond what could have been possible without the song.

Overall, I think this is a great film, and perhaps one of the best in the entire series. I really like this much darker and serious tone, and the inclusion of subtle and quick comedy is great as well. The filmmakers definitely knew what they were doing going into this film, and I'm very happy they decided to split this book into two films rather than rush this first half. It's a joy to watch the movie excel at what it has been trying to do for years now, proving that this is an actual good franchise and not just a cheesy teen film series.